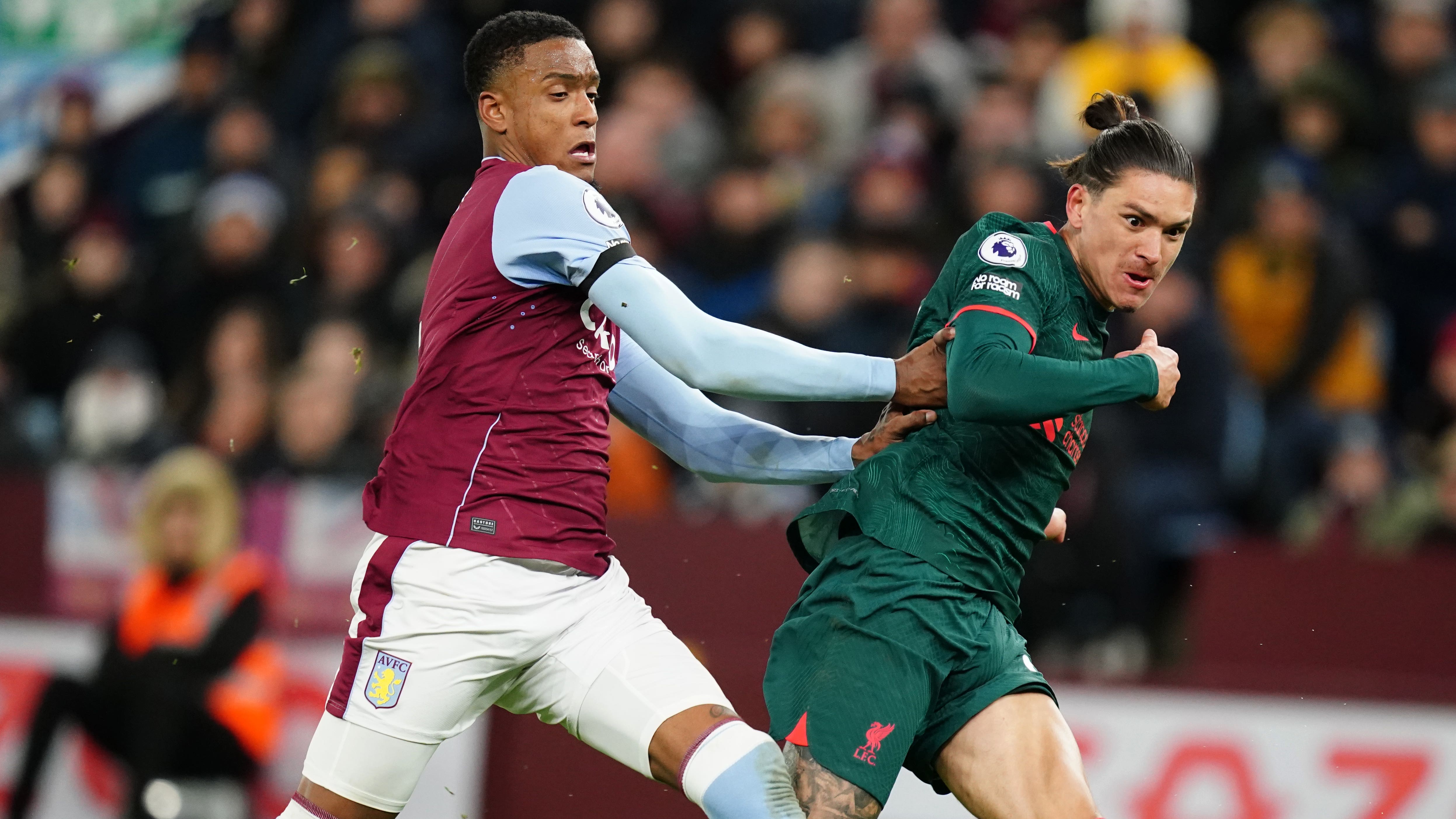 Jurgen Klopp: Darwin Nunez is unstoppable and everything will be fine

Liverpool boss Jurgen Klopp saluted Darwin Nunez and insisted he is unstoppable despite his wastefulness at Aston Villa.

The striker missed several chances in Boxing Day’s 3-1 win at Villa but was a constant danger.

Nunez, who has nine goals in 20 appearances since an £85million summer move from Benfica, wasted two fine openings in the first half before dragging wide when clean through after the break.

But Klopp feels he will become more clinical as he adapts to life at Anfield.

“He’s unstoppable in the moment when we keep the ball and pass it in the right moment, there’s no defender who can really catch up speed-wise,” said Klopp.

“I know all the stories around and it’s all fine but we are completely calm, everything will be fine. He played an exceptional game and we won 3-1 and that’s all that counts.

“I haven’t been in the business since yesterday and I’ve had some strikers around. I know scoring at the beginning is really not important. There are so many other things that are much more important. You just have to stay calm.”

Defeat left Villa 12th in the table ahead of their trip to Tottenham on New Year’s Day.

Ashley Young told AVFC TV: “We’ve got to take the positives out of the game and see the chances we created were big chances against a very good Liverpool team.

“We said at half-time if we go out there and get that goal then things can change.

“I felt it was all in our favour but when you’re playing against a team like Liverpool, you’re going to leave spaces in behind trying to chase that second goal.

“They went and got the third goal and it was game over after that.”