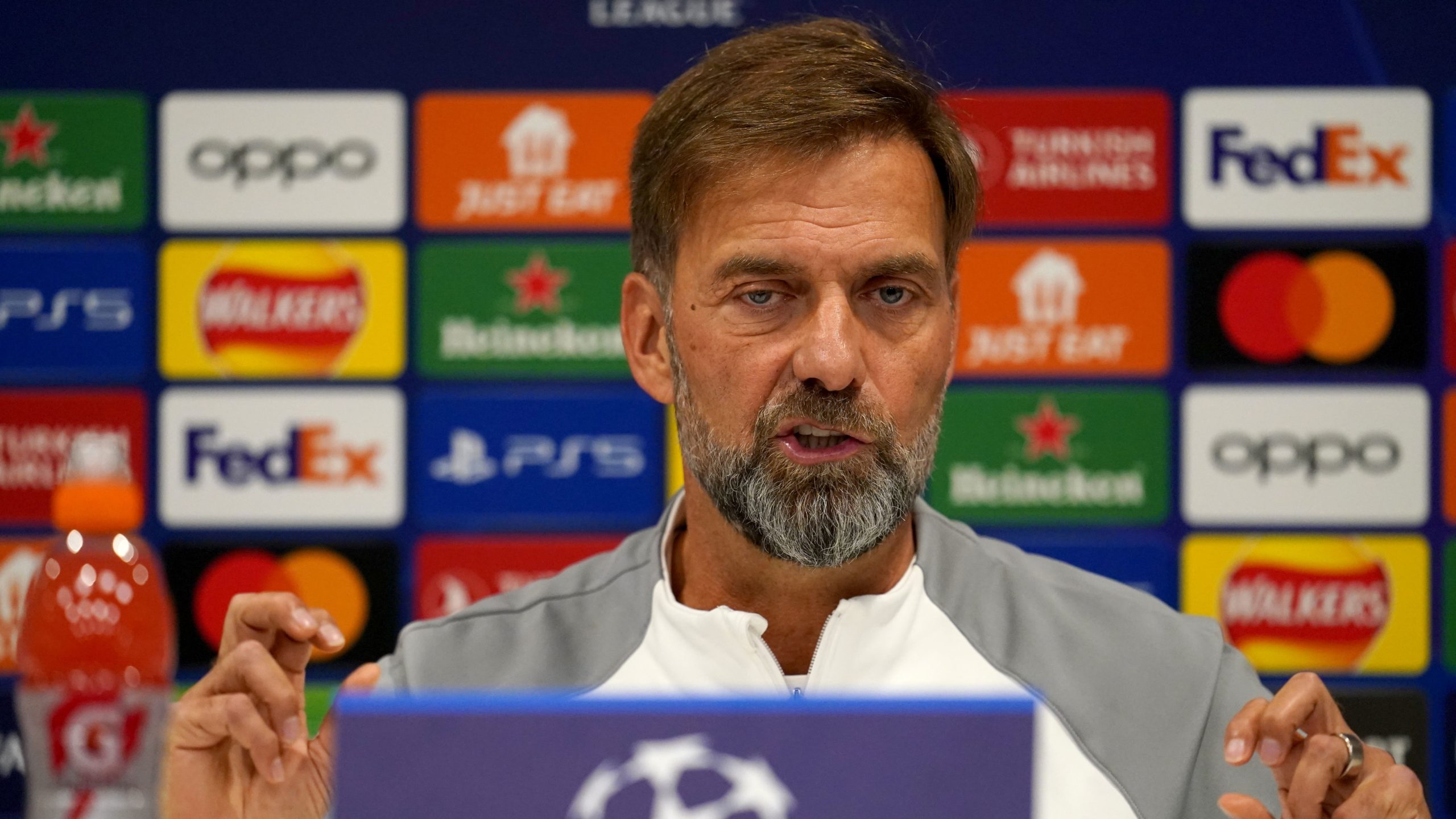 By By Carl Markham PAOctober 31, 2022No Comments

Liverpool manager Jurgen Klopp has rejected suggestions his current team has reached the end of its useful lifespan and insists judgement should be reserved until the end of the season.

Back-to-back defeats against the Premier League’s bottom two clubs in Nottingham Forest and Leeds have left his side closer to the relegation zone than the top four in terms of points.

Liverpool have already lost four times in the league and have taken just two points from matches against Forest, Leeds, Everton, Crystal Palace, Fulham and Brighton.

The current starting XI has one of the oldest average ages in the Premier League, with the likes of Virgil van Dijk, Mohamed Salah, Roberto Firmino and Thiago Alcantara all the wrong side of 30.

But Klopp insists it is too early to write off his side.

“I think the judgement for this should come later on in the season, or maybe at the end,” he said ahead of the Champions League visit of Napoli.

“If you say ‘That’s it’ for this group of players or for this manager I don’t think that’s 100 percent fair in this moment, to judge the team or the squad, because we never had them available.

“We miss players, especially now up front, we miss top quality which is not helpful.

“Even if it’s unfair, it’s fine. It’s normal, it’s our life and it’s absolutely fair to ask these questions. But we have to answer that later on.”

Klopp said Leeds’ late winner on Saturday which inflicted their first Premier League defeat at Anfield in front of fans since April 2017 had him waking up at night.

However, he insists he is able to handle the pressure of his most frustrating spell at the club and dismissed suggestions – not for the first time this season – he has lost his spark.

“I didn’t read anything but everything will be judged on me and that is absolutely fine,” he added.

“My job is not only being here in the moment when the sun is shining and someone gives us a trophy, my job is as well to be here when we have to go through a really tough period and I will do that with all I have and, if possible, more.

“It is a rough moment, no doubt about that, and no one is flying here and (thinking) life is great but there is only one chance to face it: go for it and that’s what we will do.”

Klopp has had to contend with a debilitating series of injuries but that still cannot detract from the fact a number of his players are performing well below their best.

Midfield has been a key area where the high-pressing game which previously protected the defence has dissolved but the Reds boss denied the players had lost the appetite for the battle.

Asked what he wanted to see from his side against Napoli, considering they are already qualified for the knockout stage, Klopp said: “Fight.

“You think I want to see we start passing around them with backheels and bicycle kicks and these kind of things? Of course not.

“You lose a game and people tell you you didn’t try hard enough. You can fight in different ways.

“The fighting spirit is not our problem at this moment. This group in that aspect did not change and will not change but all of a sudden everybody thinks you are not trying hard enough.

Klopp also knows their inconsistent form is helping perpetuate their difficulties as opposition teams feel they have a greater chance of succeeding at Anfield.

“None of them will come here and just say ‘Liverpool are in a difficult moment, let’s give them an easy run’,” he added.

“It’s actually the opposite, they all smell the chance and that is what they want to use. That is our situation.”