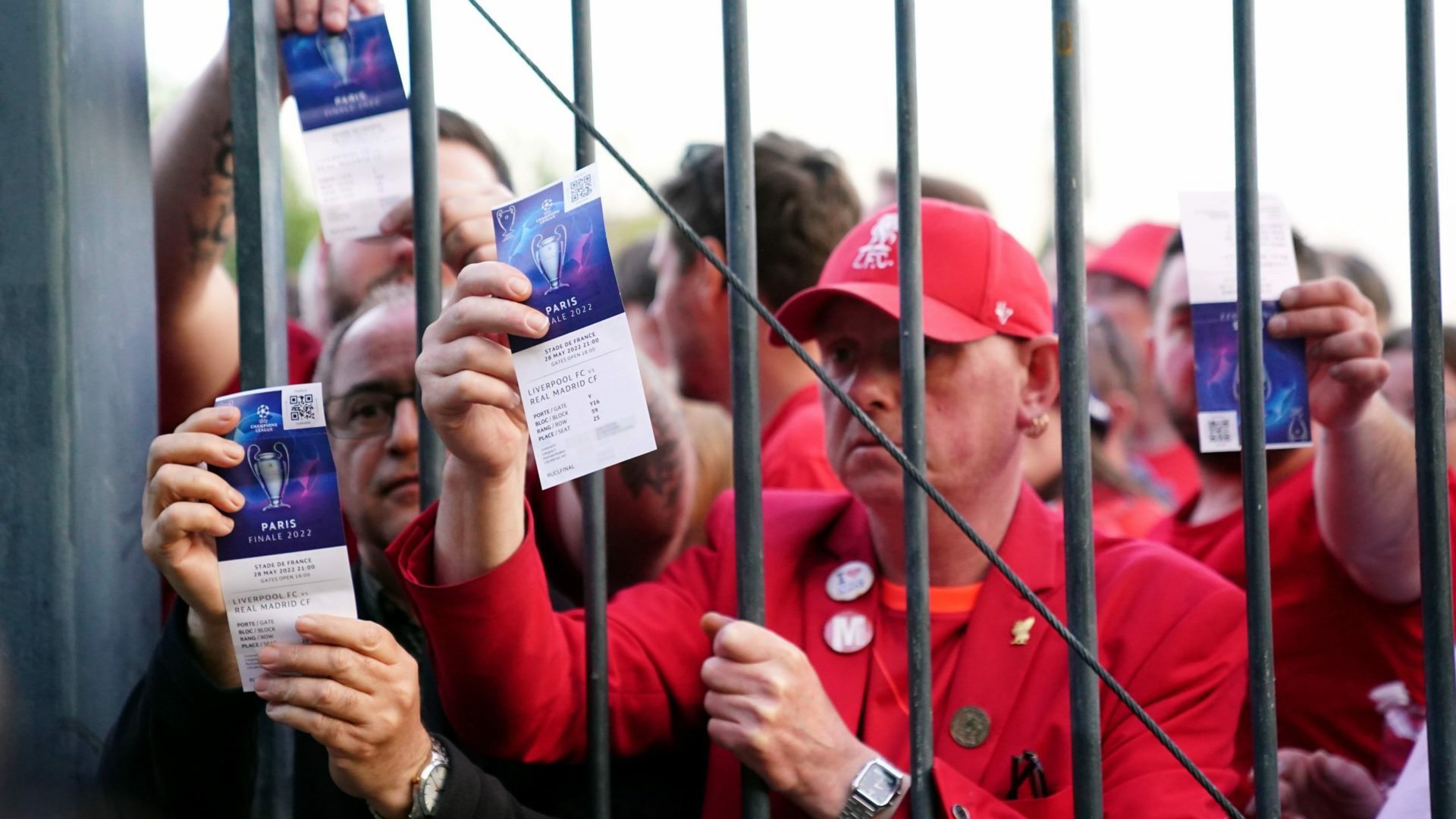 By By PA Sport StaffAugust 3, 2022No Comments

A UK law firm is investigating a potential group legal action against UEFA on behalf of Liverpool fans regarding the chaotic events surrounding May’s Champions League final in Paris.

Leigh Day said it was investigating the potential claim for individuals who suffered physical or psychological injuries, having been contacted by a number of supporters.

The firm said that it believes 5,000-10,000 people could be affected and would be able to join the claim, which is to allege that UEFA failed to ensure a safe and secure environment for those attending the match.

The night of the May 28 final between Liverpool and Real Madrid at the Stade de France, which kicked off more than half an hour late, saw fans locked out of the ground and then tear-gassed after serious congestion problems developed.

After the match supporters complained of being robbed by local gangs with police, who had earlier employed heavy-handed methods in an attempt to deal with the growing crowd issue, offering no protection.

France’s interior minister Gerald Darmanin initially suggested the biggest issue had been an influx of supporters with fake tickets.

However, a report by the French Senate found Liverpool supporters had been unfairly blamed by Darmanin, who it found had wanted “to divert attention from the inability of the state to adequately manage the crowds present”.

The report described UEFA’s management of the ticketing system as “unsuitable” and criticised a lack of training for stewards, who it said were quickly overwhelmed.

UEFA appointed Dr Tiago Brandao Rodrigues to lead a review in the aftermath of the match, which is due to provide its preliminary findings in September.

The governing body also released a statement in which it said it wished to “sincerely apologise to all spectators who had to experience or witness frightening and distressing events in the build-up” to the final.

The legal team investigating is being led by consumer and travel law experts Clare Campbell and Jill Paterson, who said in a statement from Leigh Day: “Supporters who had paid to watch a football match at the highest level of the game should have been able to expect that robust safety protocols and adequate risk assessments would be put in place by UEFA, sadly this does not appear to be the case.

“We believe UEFA failed to provide a safe and secure environment for those attending and we are investigating their legal liability to those who suffered injuries as a result.

“It was truly shocking to see how Liverpool fans and others who had travelled to watch the Champions League final were treated both at the match and in the aftermath.

“The accounts of their experiences paint a picture of a terrifying situation where people really feared for their lives.”