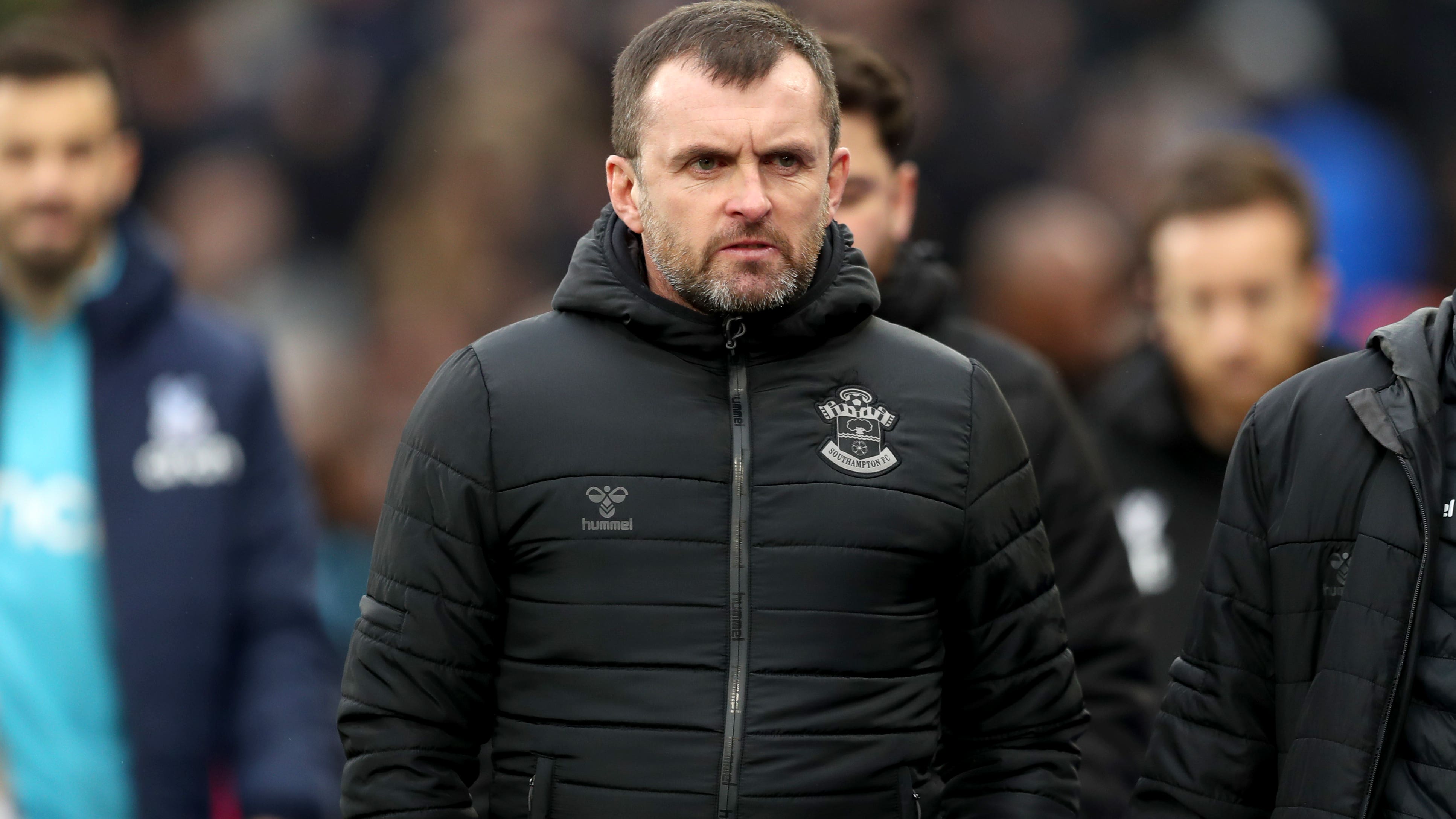 Nathan Jones has urged disgruntled Southampton fans to set aside their negativity, get behind the team and judge him at the end of the season.

Many supporters were underwhelmed by the appointment of the Welshman as successor to Ralph Hasenhuttl in November and have since voiced displeasure at the standard of football on show.

Former Luton boss Jones earned some goodwill with a shock midweek Carabao Cup quarter-final success over Manchester City on the back of an FA Cup third-round victory at Crystal Palace.

He now wants the club to come together in their quest to remain in the division.

“I understand their frustrations,” he said of the fans. “Can we not dwell on this any more? There has been a lot of negativity around.

“But I understand it, considering I’m only three (four) games into a Premier League career.

“All I’m saying is let’s forget the negativity now. We’ve turned some sort of corner, I think I’ve bought a little bit of respect for the way I work.

“All I can do now is try to hammer it home. If I do that, we can create something special here.

“There is no point in our fans being against us in anything because that doesn’t create anything.”

Southampton are three points and two places below fellow strugglers Everton, who have plenty of problems of their own.

Jones believes coming away from Goodison Park with an overdue top-flight victory can help draw a line under the pessimism which has engulfed the early days of his tenure.

“A real positive result at the weekend and performance will go a long way to that,” he said.

“We’ve showed that we can produce performances. The ironic thing is that if we’d lost all three cup games and won all three Premier League games then we’d be hopping around on a pogo stick.

“But the fact it is the other way around and the priority is the Premier League then that is the thing we have to turn around.

“In terms of building momentum, environment and a culture, we are getting there.”