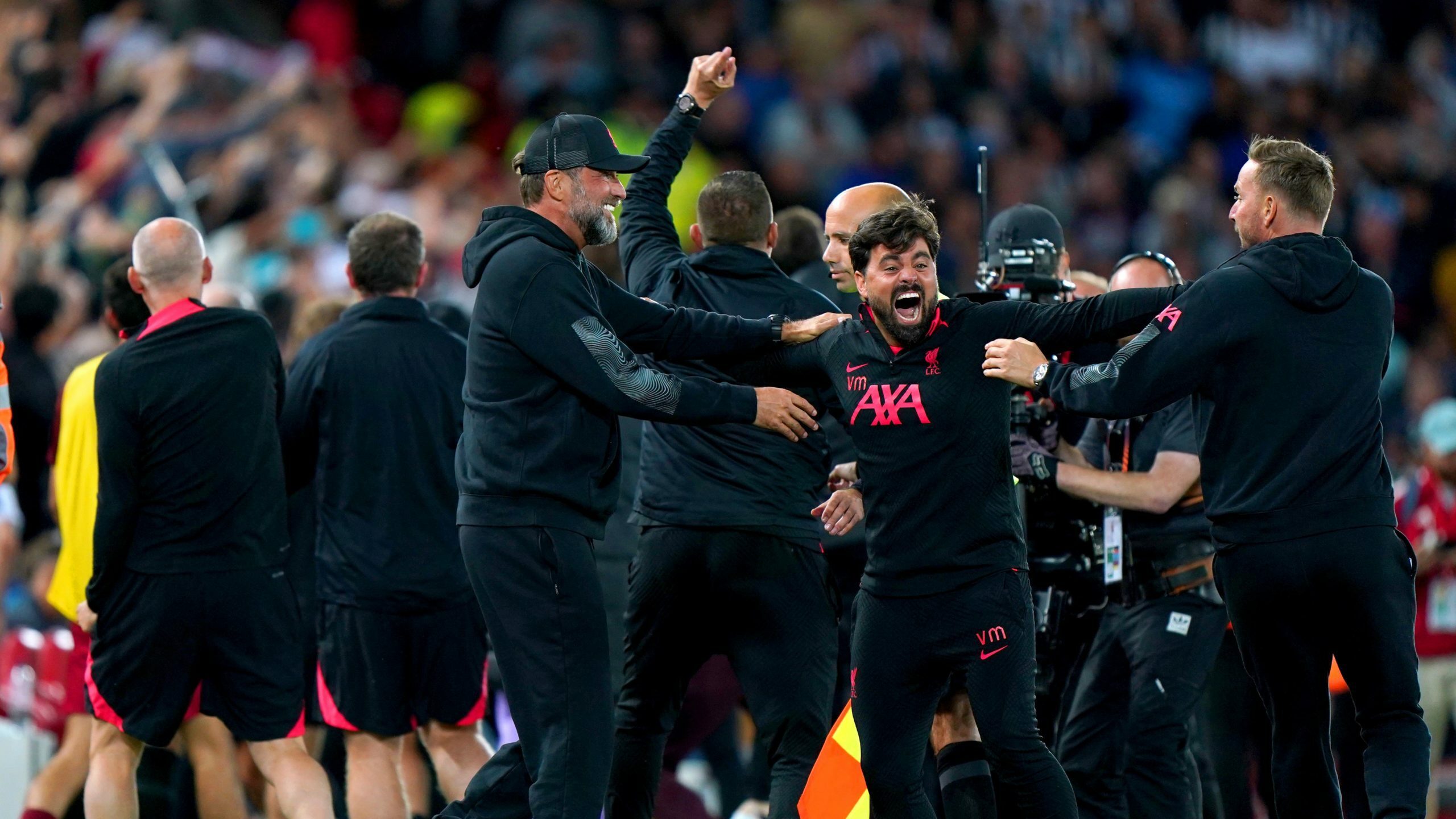 Coaches John Achterberg and Daniel Hodges have been charged with improper conduct following a stormy conclusion to the Premier League clash between Liverpool and Newcastle.

Reds goalkeeping coach Achterberg and Magpies head of performance Hodges have been hit with Football Association charges following angry exchanges between the two benches at the end of last Wednesday evening’s game at Anfield.

An FA spokesperson said: “Coaches from Liverpool and Newcastle have been charged with breaching FA Rule E3 during their Premier League fixture on August 31.

“It is alleged that the behaviour of John Achterberg and Daniel Hodges in the 98th minute of that game was improper, and that the Liverpool coach also used abusive and/or insulting gestures.

“John Achterberg and Daniel Hodges both have until Thursday, September 8 to provide their respective responses.”

The incident came after Liverpool substitute Fabio Carvalho had scored in the eighth minute of stoppage time to hand his side a 2-1 victory after Roberto Firmino had cancelled out Alexander Isak’s debut goal for the visitors.

Liverpool boss Jurgen Klopp later suggested Newcastle had been made to pay for deliberate time-wasting, an allegation rejected by opposite number Eddie Howe, who questioned how long play had been allowed to continue after five minutes had been signalled initially.