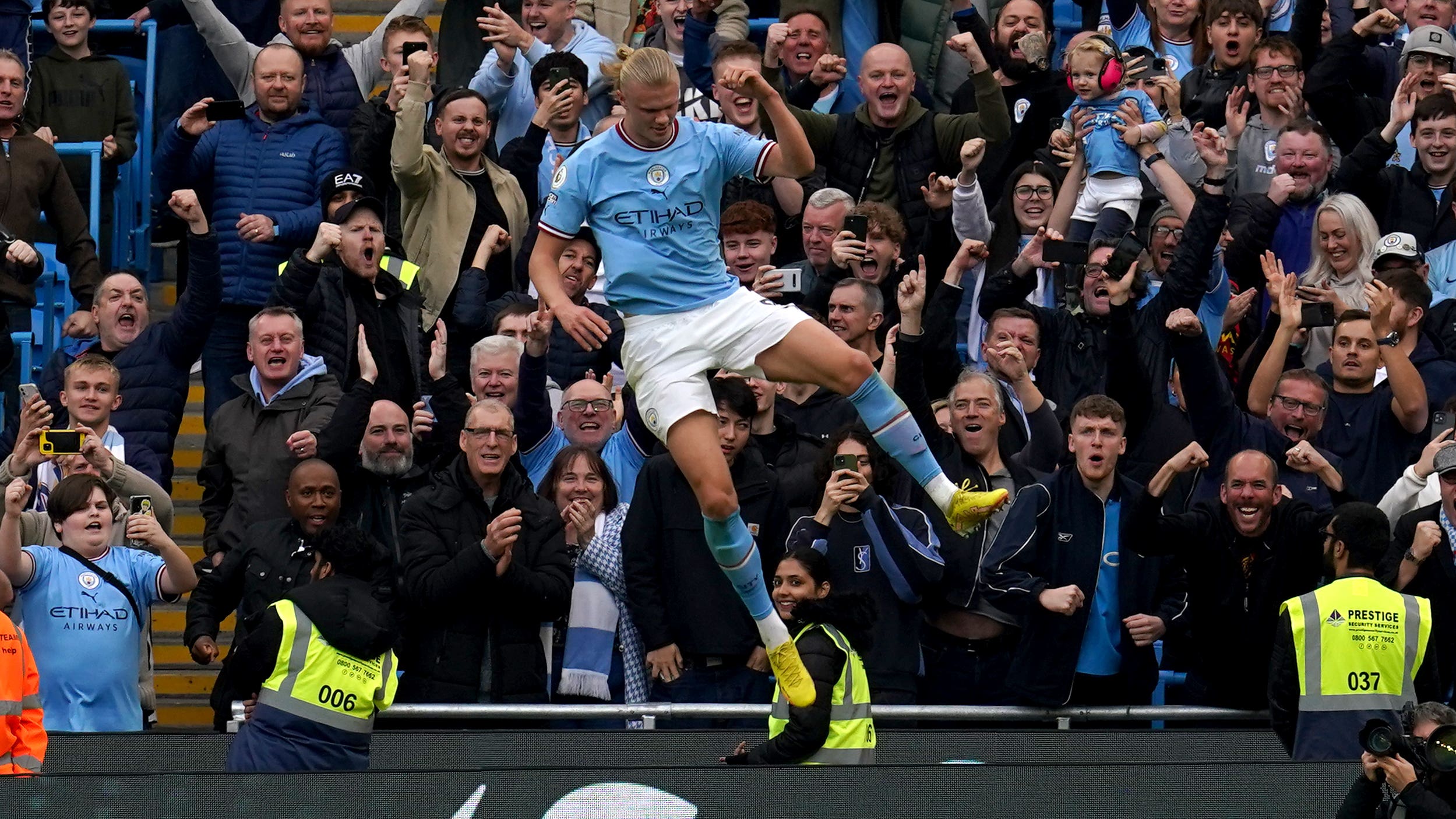 By By Andy Hampson PAOctober 23, 2022No Comments

Manuel Akanji expects the goals to keep on flowing from Erling Haaland after the Norwegian grabbed another two in Manchester City’s victory over Brighton on Saturday.

Haaland bounced back from a rare off-day in City’s defeat at Liverpool last week to set the Premier League champions up for a 3-1 win with a first-half double at the Etihad Stadium.

The striker’s double took his tally since joining City in the summer to a remarkable 22 from just 15 appearances in all competitions.

Seventeen of those goals have come in the league, meaning the 22-year-old, after just 11 games, is only six short of last season’s golden boot-winning total.

Defender Akanji, who followed Haaland from Borussia Dortmund to City in the summer, said: “I’m happy that he’s in the same team as I am and he’s scoring the goals for our team.

“It’s so important what he brings to us. He finishes the attacks that we create as a team and he scored two goals again. It’s nice.

“Time will tell, but if he keeps on doing that I don’t know who would stop him.”

Haaland fired City ahead after 22 minutes as he raced on to an Ederson clearance and powered through a challenge to stroke the ball home.

He doubled the lead from the penalty spot after two controversial VAR calls evened themselves out. City were first denied a penalty after Haaland appeared to be caught by Robert Sanchez but then awarded one after Lewis Dunk was harshly ruled to have tripped Bernardo Silva.

Brighton rallied in the second half as Leandro Trossard pulled one back and threatened another, but Kevin De Bruyne secured the points with a fine strike 15 minutes from time.

“We knew we had to show a reaction after the game last week and, here at home in front of our fans, that was brilliant,” said Akanji.

“It wasn’t an easy game, but the most important thing was that we got the three points. It was a brilliant goal by Kevin that sealed it.”

Brighton boss Roberto De Zerbi, who is still looking for his first win after five games in charge, took great encouragement from his side’s display.

The Italian said: “The performance was very good, but when you are losing 2-0 it is normal to play with more energy and be more brave.

“We have to play from the start of the game like in the second half and we can achieve this.

“I was happy with my team, but City are the best team in the Premier League and Pep (Guardiola) is the best coach in the recent history of the game, so I am glad I don’t have to play against them again for a while.

“I didn’t sleep much this week.”