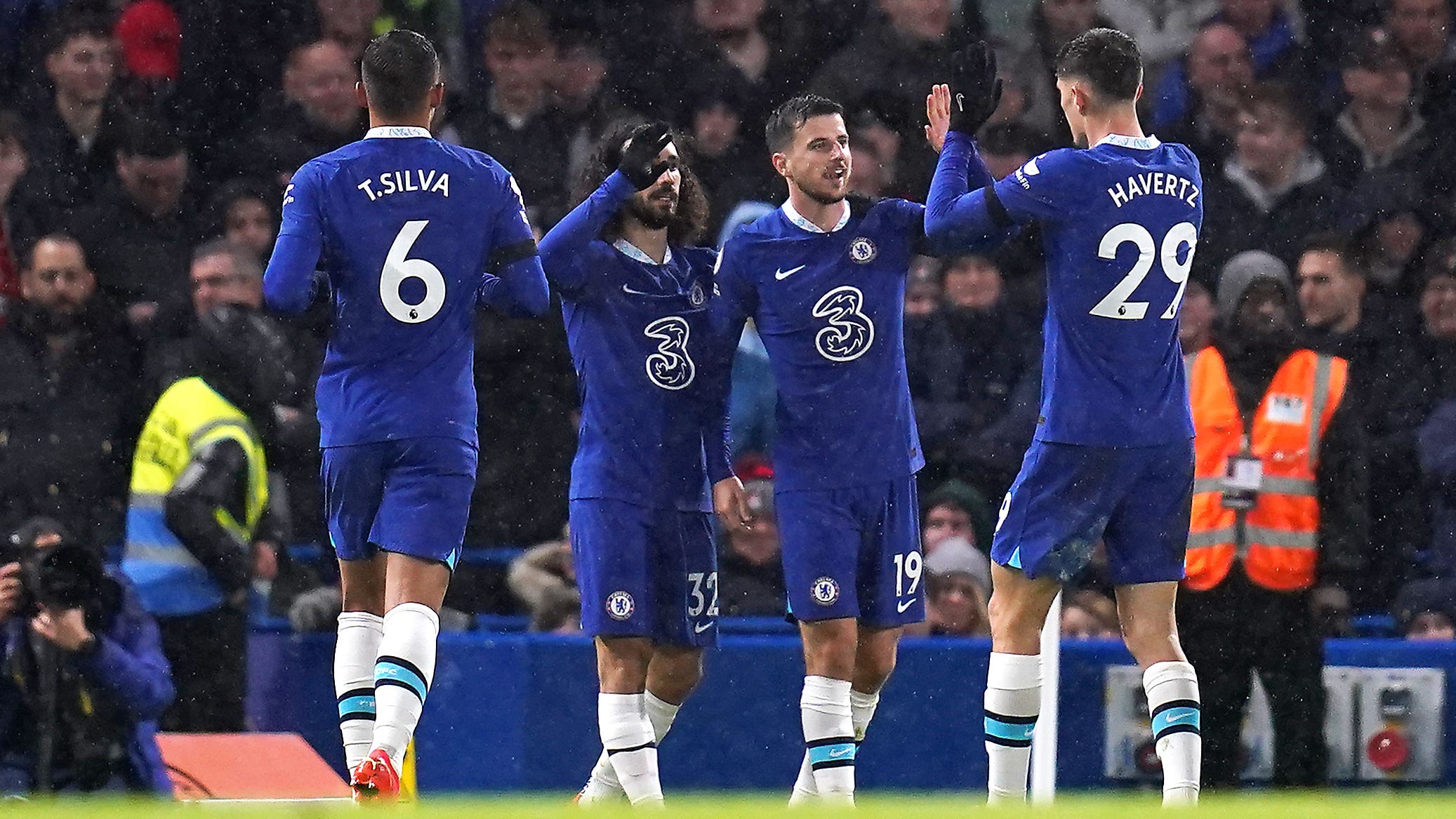 Chelsea put their pre-World Cup blues behind them as England duo Raheem Sterling and Mason Mount starred in a 2-0 victory over Bournemouth.

Graham Potter was in desperate need of a win following the three straight Premier League defeats which had left his side outside the top six at Christmas for only the second time in 22 seasons.

But there were encouraging signs that Potter has put the six-week break to good use as Chelsea stylishly put their bogey side to the sword.

Bournemouth had won on three of their last five visits to Stamford Bridge but they never looked like repeating the feat in Gary O’Neil’s first match as permanent manager.

The only downside for the Blues was the sight of England defender Reece James, back from the knee injury which forced him to miss the World Cup, limping off injured again just after half-time.

The full-back had got himself quickly up to speed with one darting run and cross finding its way to Marc Cucurella, who chipped the ball back in for Kai Havertz to head just over the crossbar.

Chelsea had a decent penalty shout moments later when Adam Smith tugged at the shirt of Christian Pulisic, but neither referee Simon Hooper or the VAR were interested.

Nevertheless, Chelsea were well in control and took the lead after just 16 minutes when Mount fed his England colleague Sterling down the right.

Sterling fizzed a low ball across goal which Havertz, another of Chelsea’s returning Qatar contingent, slid in to squeeze beneath the diving Bournemouth keeper Mark Travers.

Seven minutes later Chelsea had a second, Havertz laying the ball back for Mount – making his 150th Chelsea start – to superbly curl beyond Travers from 20 yards.

There was confusion before half-time when a penalty appeal at both ends fell on deaf ears before Pulisic put the ball in the net, with the goal seemingly disallowed for a foul by Havertz on Smith.

Travers then ensured the deficit stayed at two with fine saves to deny James and Sterling.

James’ second half lasted just seven minutes before he went down, and the luckless 23-year-old looked close to tears as he trudged off.

Havertz should have had a second when he eased past Lloyd Kelly in the area only to drag his shot wide, before Travers saved another drive from Mount and Kalidou Koulibaly headed a cross from Cesar Azpilicueta narrowly off target.

Bournemouth battled gamely but without testing Kepa Arrizabalaga until the 79th minute when the Chelsea keeper saved from Ryan Christie at his near post, but it was ultimately a comfortable and satisfying win for Potter’s side.