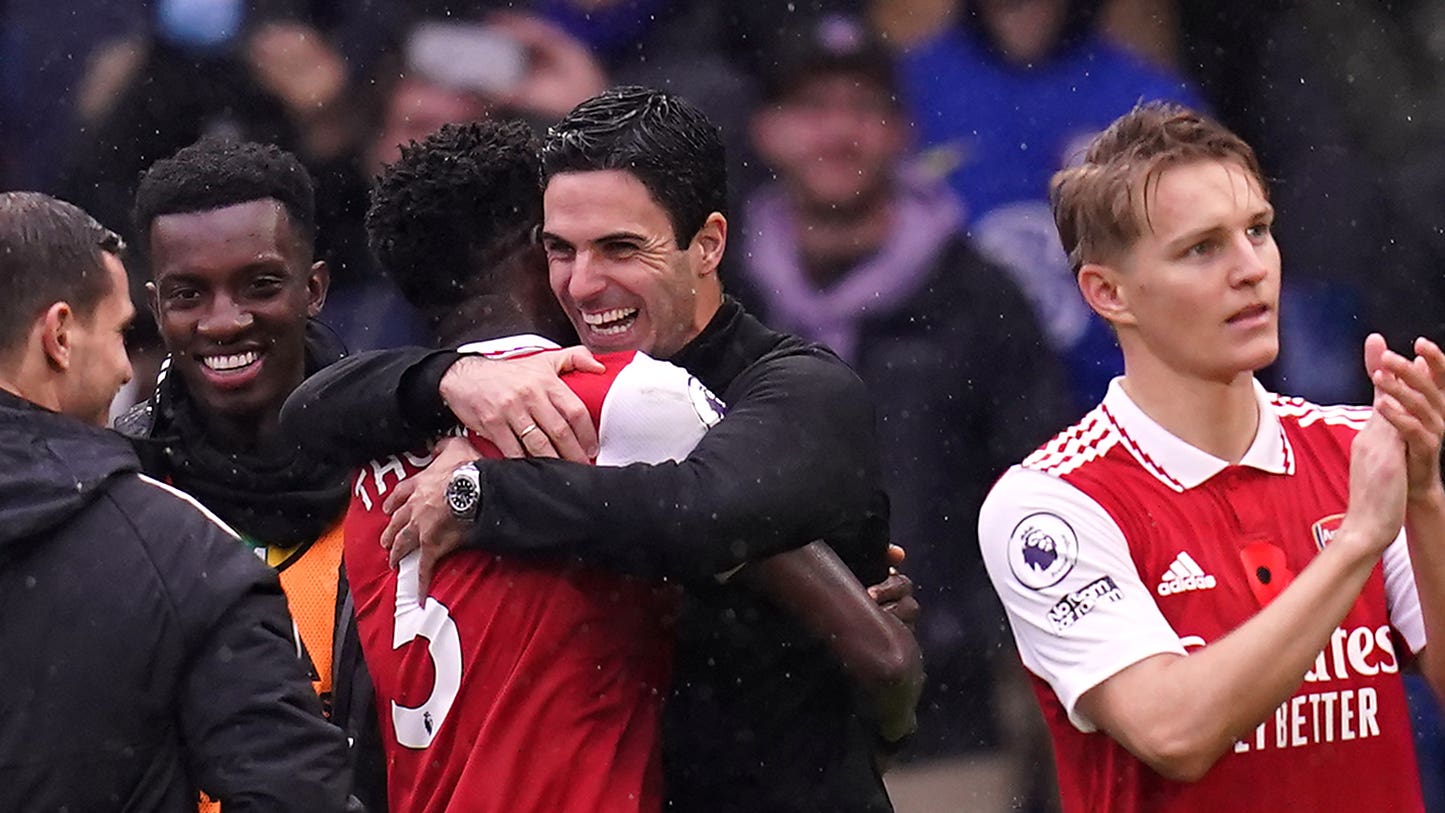 Mikel Arteta praises his ‘phenomenal’ Gunners after victory at Chelsea

Mikel Arteta hailed his “phenomenal” Arsenal side for showing maturity despite their youth during the hard-fought 1-0 victory at Chelsea.

Gabriel scored the winner to return the Gunners to the top of the Premier League and maintain Arteta’s unbeaten record at Stamford Bridge, with the Spaniard yet to be beaten at Chelsea since he took the reins in December 2019.

The central defender poked a probing goalbound effort from Bukayo Saka over the line for the only goal of the game in the 63rd minute at Stamford Bridge.

Arsenal have the youngest squad in the league, with an average squad age of 24.7 years (of the players who have played in the top flight this season) compared to the Blues’ 27.7.

And the Spanish manager was proud of the composure and maturity of his youthful squad.

“I was really impressed,” Arteta said. “We are a young team, but we showed a lot of maturity today, a lot of composure, a lot courage to play on this stage the way we have played.

“That’s easy to say but actually very difficult to do. I think the boys were absolutely phenomenal today.”

Arsenal successfully contained the threat offered by the home side, who lacked cohesion going forward and finished the 90 minutes with a meagre two shots on target.

Despite Arsenal’s victory in west London against a Chelsea side who had previously only lost one game under manager Graham Potter, Arteta was unwilling to insist his side have become title contenders.

“We are today. But in football, today and tomorrow is very different. So let’s enjoy (this) time,” he said.

Arteta added: “Just look at the last six years, what Manchester City have done. With the best manager in the world, the best team in the world.

“They have shown it consistently in every single competition. We have to be very, very respectful of that.

Potter wants his Chelsea side to use the defeat as motivation going forward, with just two matches remaining before the winter break for the World Cup, and admits he was left frustrated with the result and performance.

He said: “(It) always is (disappointing and frustrating) to lose a game like we did.

“We huffed and puffed, I think, but you could see the difference in the two teams in terms of confidence, in terms of points they’ve got, in terms of structure and working together.

“We are not in a fantastic moment as we speak. As much as it is not nice to say, Arsenal deserved to win the game and were the better team overall, so we have to take that and use it as motivation to improve.”