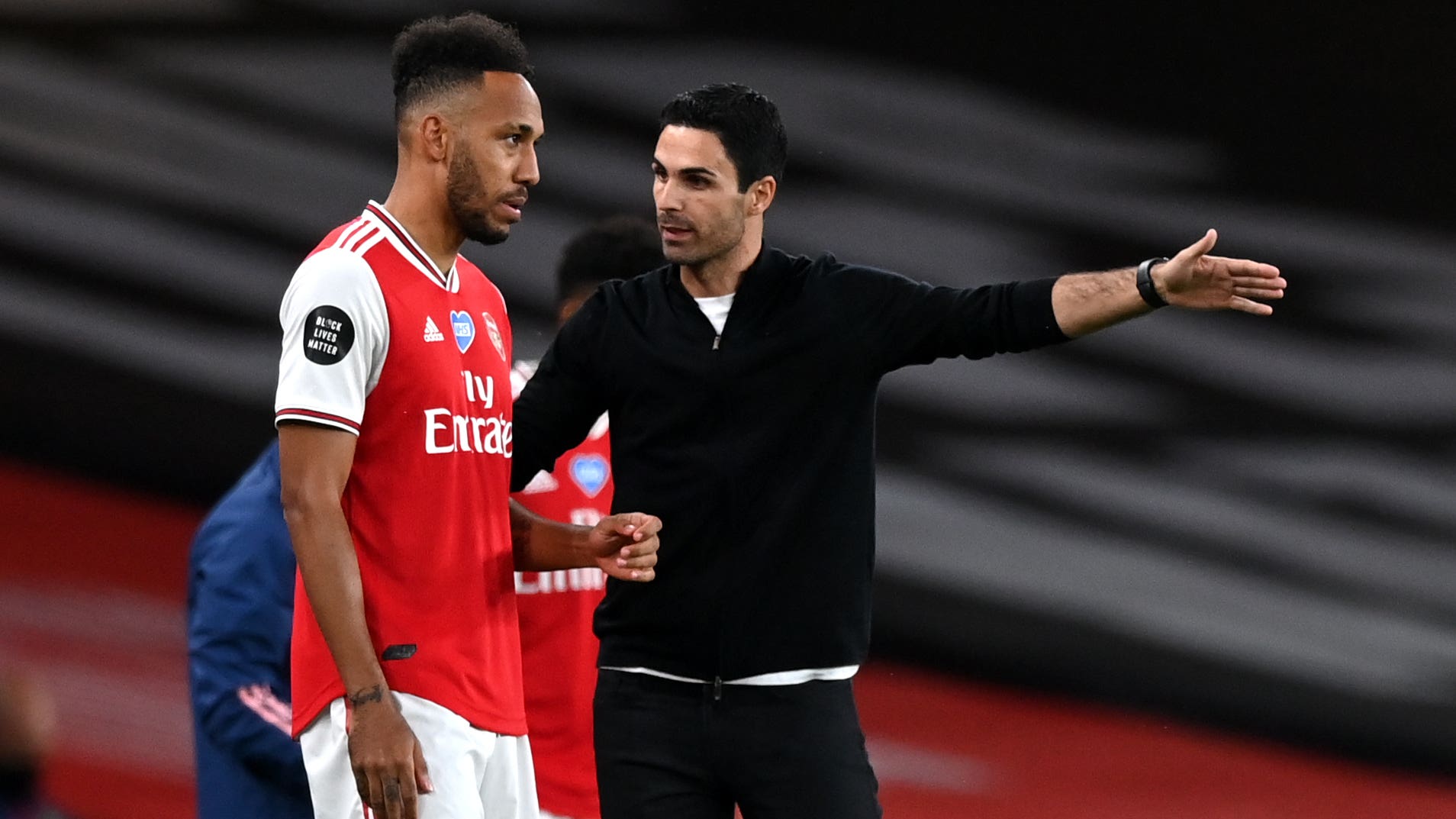 Mohamed Elneny insists there are no egos allowed in the Arsenal dressing room – revealing players are “scared” to step out of line after manager Mikel Arteta axed Pierre-Emerick Aubameyang.

Former captain Aubameyang was dropped following a number of misdemeanours, mainly surrounding time-keeping, before being stripped of the armband and having his contract torn up earlier this year.

He joined Barcelona as a free agent in February but returned to the Premier League with Chelsea in the summer and will come up against his former club when the table-topping Gunners travel to Stamford Bridge on Sunday.

His Arsenal exit came after Arteta had also doled out a similar fate to Mesut Ozil, with Elneny claiming in Arsenal’s All or Nothing Amazon documentary that the manager’s decision to take the captaincy from Aubameyang showed “balls”.

Speaking ahead of Sunday’s London derby, the Egypt midfielder said the Arsenal squad was now benefiting from a feeling of togetherness as they look to remain at the Premier League summit.

“This is the dressing room we have now. Everyone loves each other and everyone works for each other.

“This is what actually makes our squad really strong, because we don’t have egos in the team.

“Now everyone looked at themselves because Mikel did that to the captain of the team. What is he going to do with another player?

While many outside of Arsenal were surprised with the decision to release their captain, first-choice striker and highest-paid player, Elneny believes it showed the squad that Arteta is boss.

Asked if the incident unified everyone at the club, the 30-year-old – who is currently Arsenal’s longest-serving player – replied: “I think so, because now everyone was scared!

“Everyone is scared with their position because this happened to Aubameyang. Of course if anyone is not the captain of the team, does a small mistake, they are going to have the same problem, and no one needs that problem.

“We agree with what Mikel decided because he is our boss and we just have to agree what his vision is for us.”

“I think we work really hard and we believe in each other,” Elneny said of the key to the club’s success so far this season.

“The squad now is really strong and everyone is pushing hard, because we know Arsenal is a big club and we need to put Arsenal in the place they actually deserve. This is what we play for.

“We know what we are going there to do, because now we know we look for the title.”