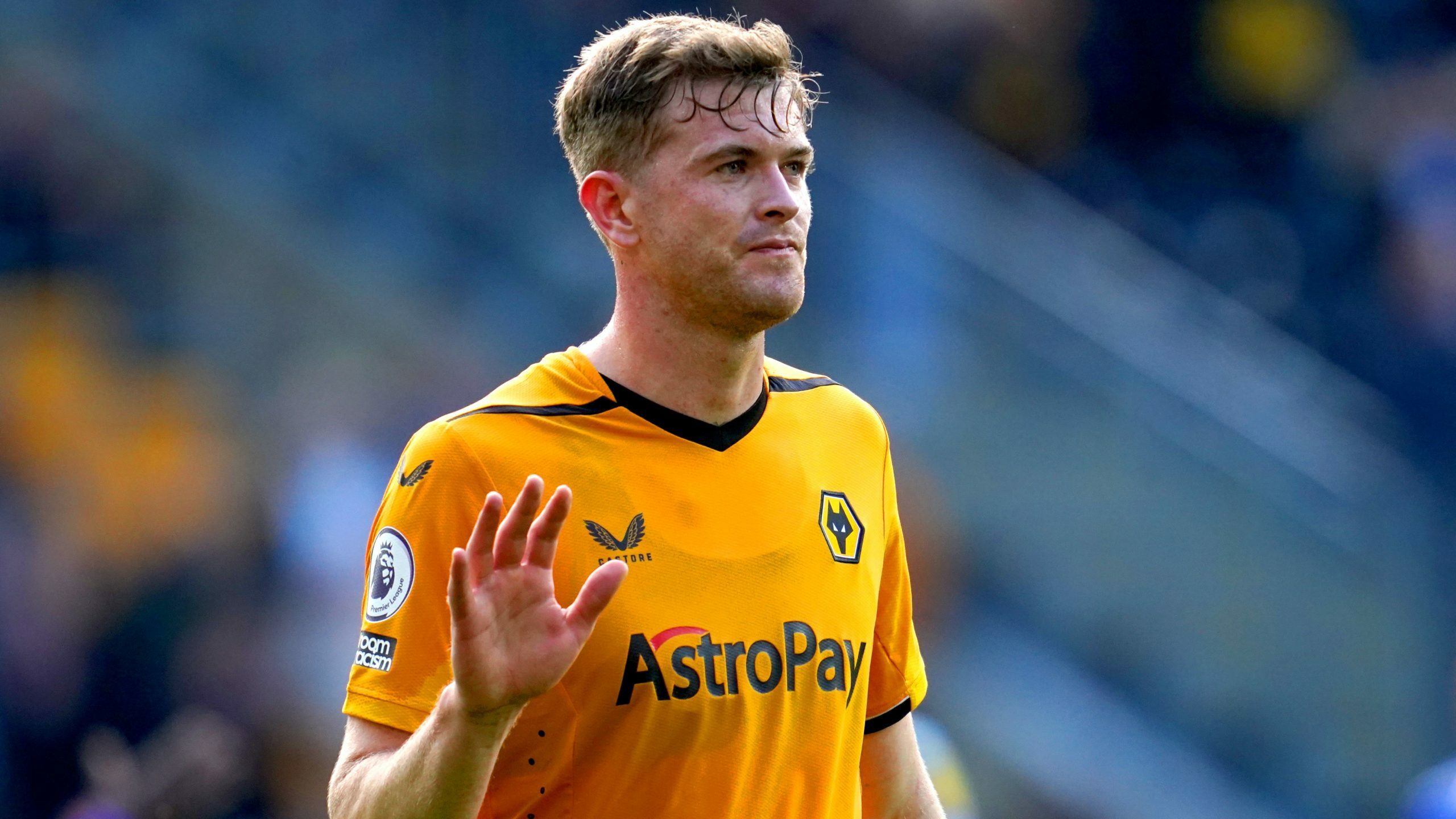 Nathan Collins: Wolves were a shambles in embarrassing Leicester display

Nathan Collins blasted Wolves as a “shambles” and admitted he was ashamed after their 4-0 defeat to Leicester.

The Foxes demolished their hosts on Sunday to jump out of the Premier League relegation zone.

Defender Collins said: “It’s not good enough. End of. It’s nowhere near where we need to be. It’s a shambles, a poor performance. It was embarrassing playing that, I feel ashamed, for me and the players, and we need a reaction.

“We said it before the game, both boxes, you look at the stats, we’ve had so many chances.

“We’ve had the better chances probably, but we don’t score a goal, they have five shots and score four goals. Defensively and attacking, we were nowhere near where we needed to be.

“I don’t think it can get much worse, I think we can get better. There’s so much quality in this dressing room to get better and I think we will. We’ve gone so low, we can only bounce back up.

“It’s my job and the other leaders in the group to get us going and get performances out of us.”

Wolves fans turned on the club’s hierarchy, with technical director Scott Sellars the target of their fury.

Molineux was virtually empty at the final whistle and the hosts were booed off by those who had stayed.

Collins told the club’s official site: “I don’t blame them, they spent good money to come and watch us and they didn’t deserve that from us, it was embarrassing from us, and they deserve better.

“They deserve for us to at least try hard. We didn’t give them a performance to be proud of.”

Leicester claimed their first away win of the season and have won three of their last five games to kickstart their season.

The Foxes now sit 16th and two points clear of the relegation zone.

“The start we had to the season, home or away, it wasn’t good,” Barnes told the club’s official site. “We’ve just hit our good bit of form in the home games and they came at the right time.

“I don’t think it really matters for us too much, as a team, if we’re home or away.

“I think we’re confident wherever we go. It’s nice to get that away win out of the way. It takes that weight off the shoulders and now you can go into a lot more away games thinking we can go and win those games.

“It’s going to be a bit of a different season, not one that we’ve experienced before. It’s sort of split into two halves, so you’ve got to look at the last few games of this half of the season and get as high up the table as we can.”