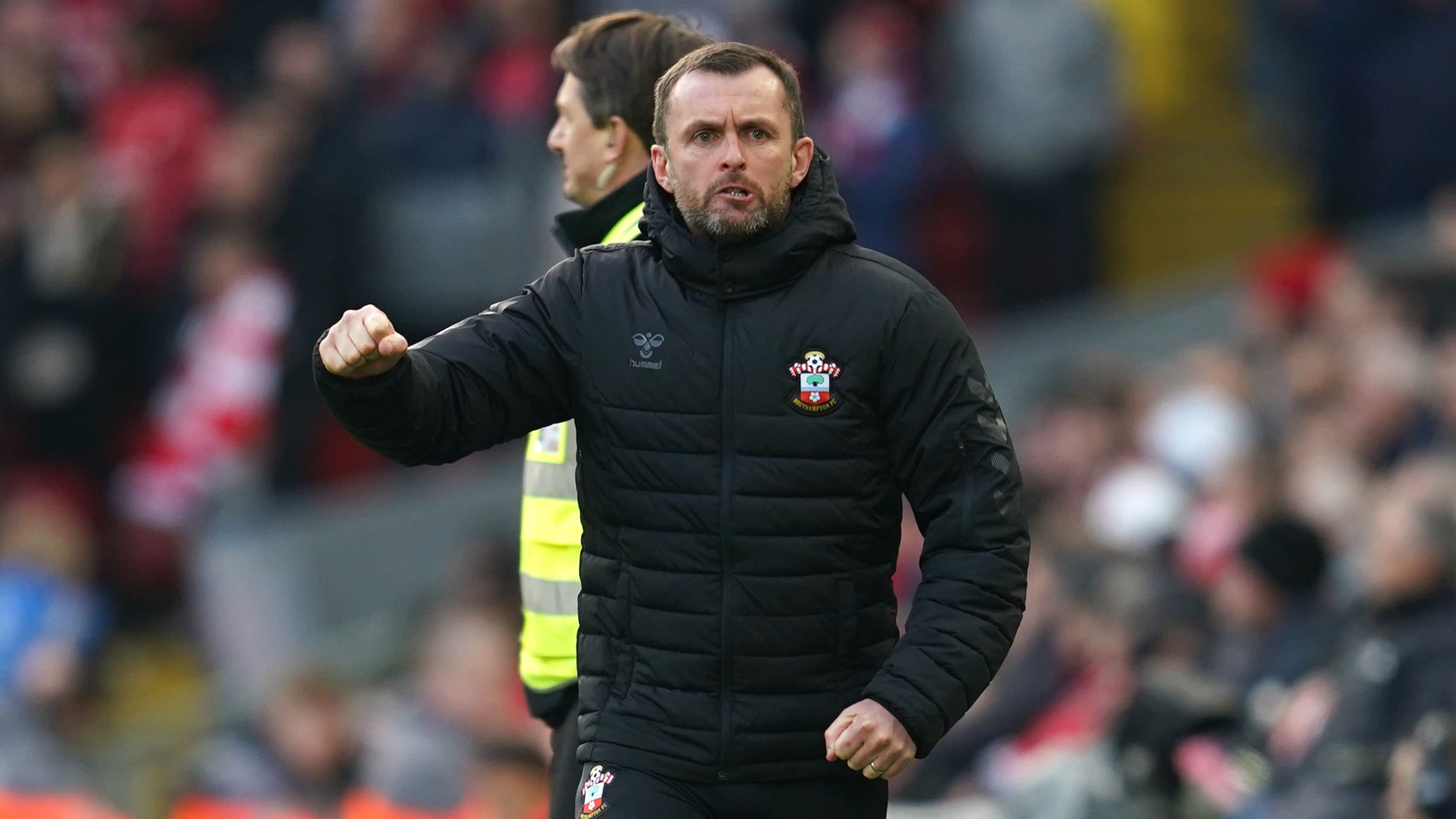 Nathan Jones is relishing the challenge of attempting to save Southampton from relegation after realising his dream of reaching the Premier League.

Former Luton and Stoke boss Jones will take charge of the first top-flight home match of his career on Monday when Brighton visit St Mary’s.

The Welshman, whose maiden top-flight fixture on home soil was delayed by the World Cup, spent the majority of his playing days in the English Football League, in addition to spells with Spanish sides Badajoz and Numancia.

Having finally reached the top division, Jones is determined to make the most of his opportunity but knows it will be far from straightforward.

“You always want to do stuff at the highest level,” said the 49-year-old, who had two spells in charge of Luton, either side of a short stint with the Potters.

“I wanted to play in the Premier League, I wasn’t good enough but I managed to carve out a career I was proud of.

“And then I always wanted to go into coaching, and I did that. Eventually, when I’d coached at a number of places, I felt I could be a manager so that’s what I embarked on.

“I chose, I felt, the right one in terms of going to Luton. I’ve built something there and wanted to get Luton to the Premier League, then I felt the quicker way was to go to Stoke.

“Eventually I’ve managed to get there while building a career. I’ve always wanted to work at the highest level but I needed the right opportunity because I wouldn’t have just left Luton for anything.

“I’m really proud to be manager of this football club and I’m excited about the challenge – and it is a challenge.”

With defenders Armel Bella-Kotchap and Mohammed Salisu the only Southampton players selected for the World Cup, Jones has had plenty of time to work with his new squad during the hiatus in domestic football.

His side returned to competitive action on Tuesday evening and reached the Carabao Cup quarter-finals courtesy of an unconvincing 2-1 victory over Lincoln.

St Mary’s was only around half full for that fourth-round tie against League One opposition but should be close to capacity on Boxing Day.

“It’s a fantastic occasion, it really is, and that’s why we came here,” he said.

“We need a buy-in from everyone, we need a bit of patience because it (Rome) wasn’t built in a day.

“We’re trying to build something and we’re going to go at it head on.”

Jones’ first league assignment on home soil comes against the club where he launched his coaching career.

A former Brighton player, he later spent two-and-a-half years as a coach at the Amex Stadium, working under Oscar Garcia, Sami Hyypia and Chris Hughton between 2013 and 2016, before moving to Kenilworth Road.

“They’re a fantastic side, they’re a real good forward-thinking, real difficult side to play against,” he said of Roberto De Zerbi’s Seagulls.

“We’re going to come up against some fantastic sides and Brighton are no different.”