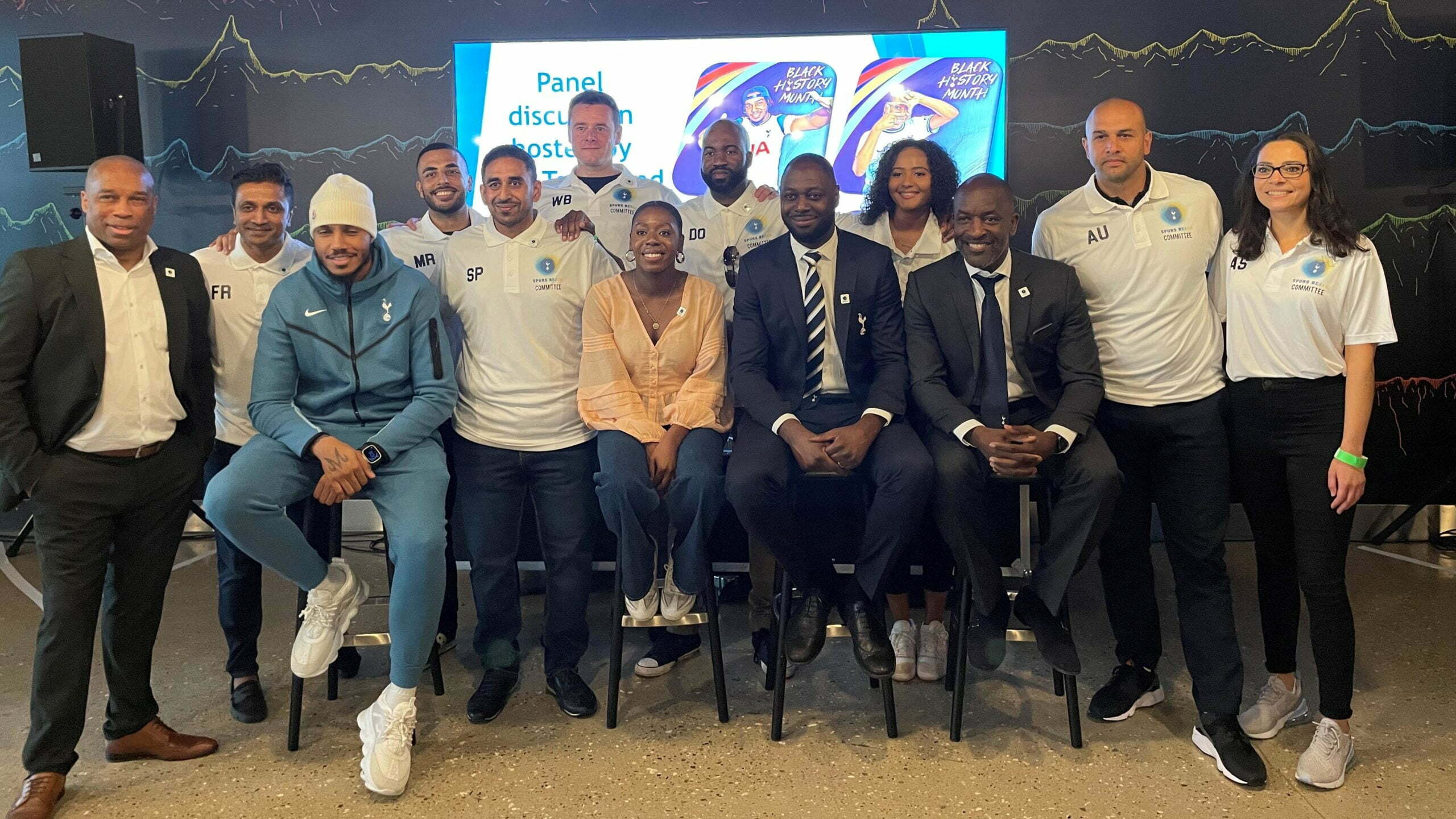 A new Tottenham supporters’ group have been backed to “make a difference” to the next generation of fans from diverse and under-represented ethnic backgrounds.

Spurs REACH, which stands for Race, Ethnicity and Cultural Heritage, were formed in May as an official fans’ organisation associated to the club with the aim of championing equality.

Around 100 members were present in the South Stand-based Beavertown Taproom to hear ex-captain King and current coach Chris Powell detail their experiences of racism and what strides have been or need to be made in the sport with Kick It Out’s Troy Townsend chairing the discussion.

Club ambassador King feels the group will have a big impact and he told the PA news agency: “The area where we are in Tottenham, we want our fans to reflect that and to be proud of their football club and to address situations they feel need to be addressed.

“It’s really important for them to have a voice and to be able to speak about certain situations.

“It should make the fans’ journey of being a supporter a lot more comfortable than it has been for a lot of them 15 to 20 years ago. Hopefully it can make a difference for the next generation.”

The mission statement of Spurs REACH is to promote the values of Tottenham fans from diverse backgrounds and champion diversity, equality and inclusion.

Co-founder Patel added: “For me it was important that people who don’t feel comfortable coming along to football and don’t feel like they belong have the opportunity to talk about why they feel like that.

“For us at Spurs REACH that is what we wanted to form. To form a group of like-minded people to come together, listen and learn from lived experiences.

“That way together what we can do is formulate solutions to help people come into the stadium, to come to matchdays and be engaged with the team.”

Patel was delighted Tottenham executive director Donna-Maria Cullen was in attendance and she opened with a speech reiterating the club’s commitment to equality while revealing chairman Daniel Levy had been asking “all week” if she was ready ahead of the group’s first live event.

“The club has been behind us from the start and that’s really important,” Patel, who hosted a Zoom call with members for South Asian Heritage Month in July, insisted.

“For Donna to come and take her time to talk about the group and its importance makes you think that this is not just a tick-box exercise. It is about making a change, not just for now but for the future.”

During one of several powerful talks by members of the panel, which included Tottenham-supporting rapper AJ Tracey and Spurs presenter Rebekah Walker, England coach Powell provided an insight into his thought process after Bukayo Saka had missed a penalty in the Euro 2020 final.

Saka – along with Marcus Rashford and Jadon Sancho – received a wave of racist abuse but in a touching moment a month later received a standing ovation when he played in a friendly for Arsenal at rivals Tottenham.

It helped Patel, alongside co-founders Anwar Uddin and Fahim Rahman, press forward with confidence in their plan to create the group, which happened 11 months later.

He admitted: “It shows we support different clubs but it’s really important that we all tackle discrimination as one regardless of whether it’s with your rivals or not.

“When Proud Lilywhites created that banner and I saw it draped on the corner side of the South Stand, it was amazing to see and the applause he got was rightly so because that boy did us proud.

“100 per cent it helped. I think everybody is ready for Spurs REACH. It is now here to stay and we will be here to stay until we have made meaningful change.”

King concluded: “I want to look around and see different faces and people from different backgrounds as fans.

“If it isn’t (happening), then as a club we need to look at that and ask why but the club are doing a great job trying to make fans feel comfortable coming to the stadium.”