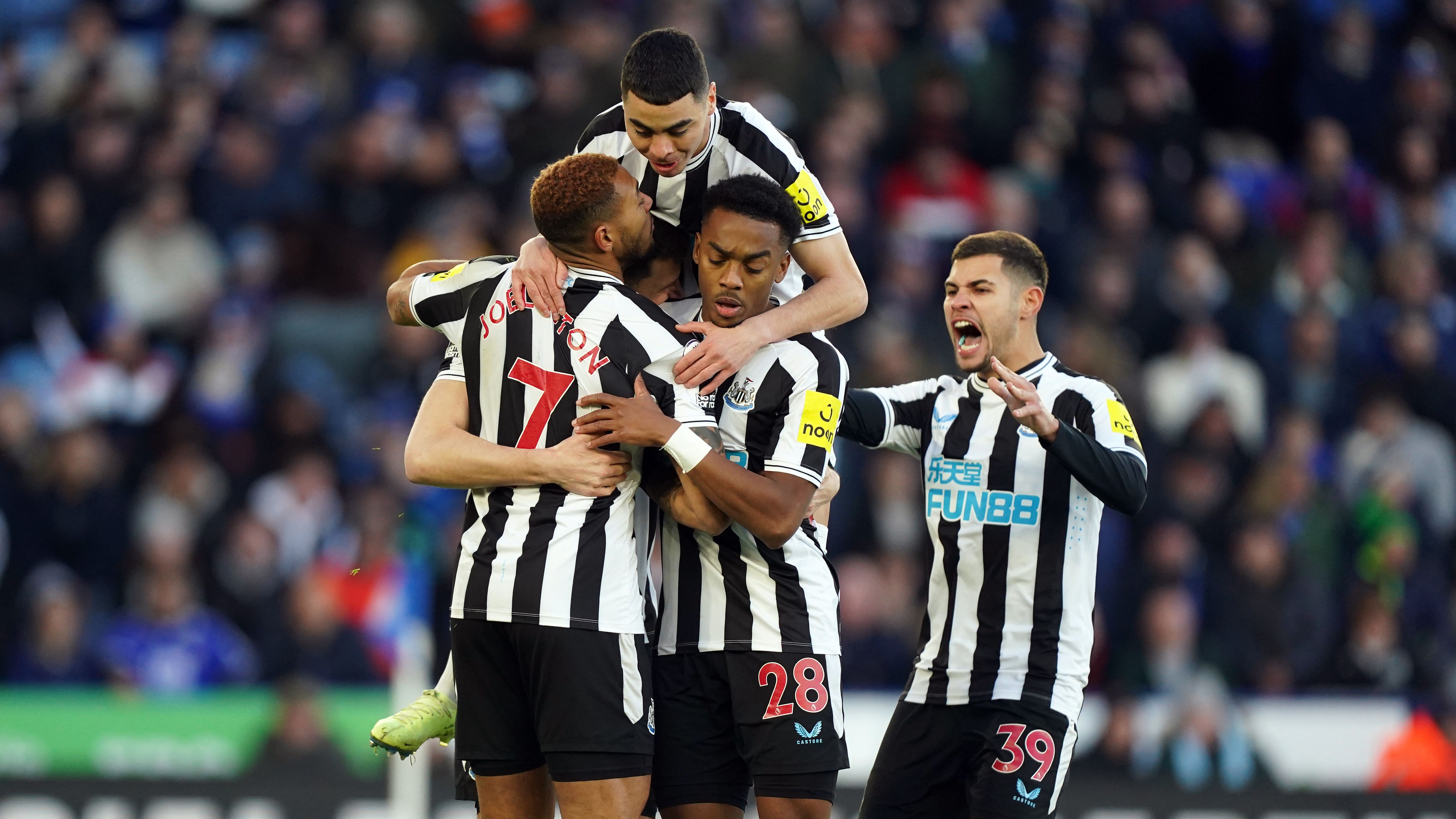 Newcastle showed they can be part of the Premier League title race, moving  second in the table with a 3-0 win at Leicester.

The six-week break has not derailed what is turning out to be a memorable season under Eddie Howe and the Magpies eased to the three points at the King Power after a sensational opening 32 minutes.

Chris Wood’s penalty and a sublime Miguel Almiron strike put them 2-0 up after only seven minutes, with Joelinton adding a third just after the half-hour mark.

There was no way back for Leicester and the Magpies moved four points behind leaders Arsenal, who were playing later on Boxing Day.

It may be 45 days since their last one, but this was a sixth Premier League win in a row – their best run since 2012. Howe’s side are proving that an outstanding first half of the season was not a flash in the pan.

There is a long way to go and it remains to be seen whether the Magpies
have the quality to keep pace with Arsenal and Manchester City. However, with the January transfer window coming up Newcastle fans will be dreaming of at least a top-four finish for the first time in 20 years.

Leicester, without James Maddison, were sunk by Newcastle’s rapid start and were unable to recover as they put in a performance typical of their early-season struggles.

Brendan Rodgers would have not envisaged his side being two down after only seven minutes, with Newcastle electric from the start.

The visitors went ahead in the third minute from the penalty spot as Chris Wood, in for the ill Callum Wilson, fired home emphatically after Daniel Amartey had hacked down Joelinton.

It was 2-0 four minutes later as Almiron continued the blistering form he showed before the World Cup by scoring a picturebook goal.

After being set free down the right by Kieran Tripper, he cut inside, played a delightful one-two with Bruno Guimaraes and coolly slotted past Danny Ward for his eighth goal in nine Premier League games.

Leicester began to settle but they knew they needed to score the next goal and they almost did as Kiernan Dewsbury-Hall played through Patson Daka.

The striker got a shot away that the on-rushing Nick Pope saved, but it deflected back off Daka and towards goal, with Sven Botman required to clear the ball away with a couple of yards to spare.

Newcastle were the ones to get another as they benefited from some bad set-piece defending in the 32nd minute, with Joelinton allowed to go unchallenged to head home Trippier’s corner.

The second half was more of a game of containment for Newcastle, but they still could have added further goals as Botman fired over from a good position and Almiron had an effort blocked.

The work had been done, though, meaning Newcastle have suffered just one defeat in their opening 16 games.