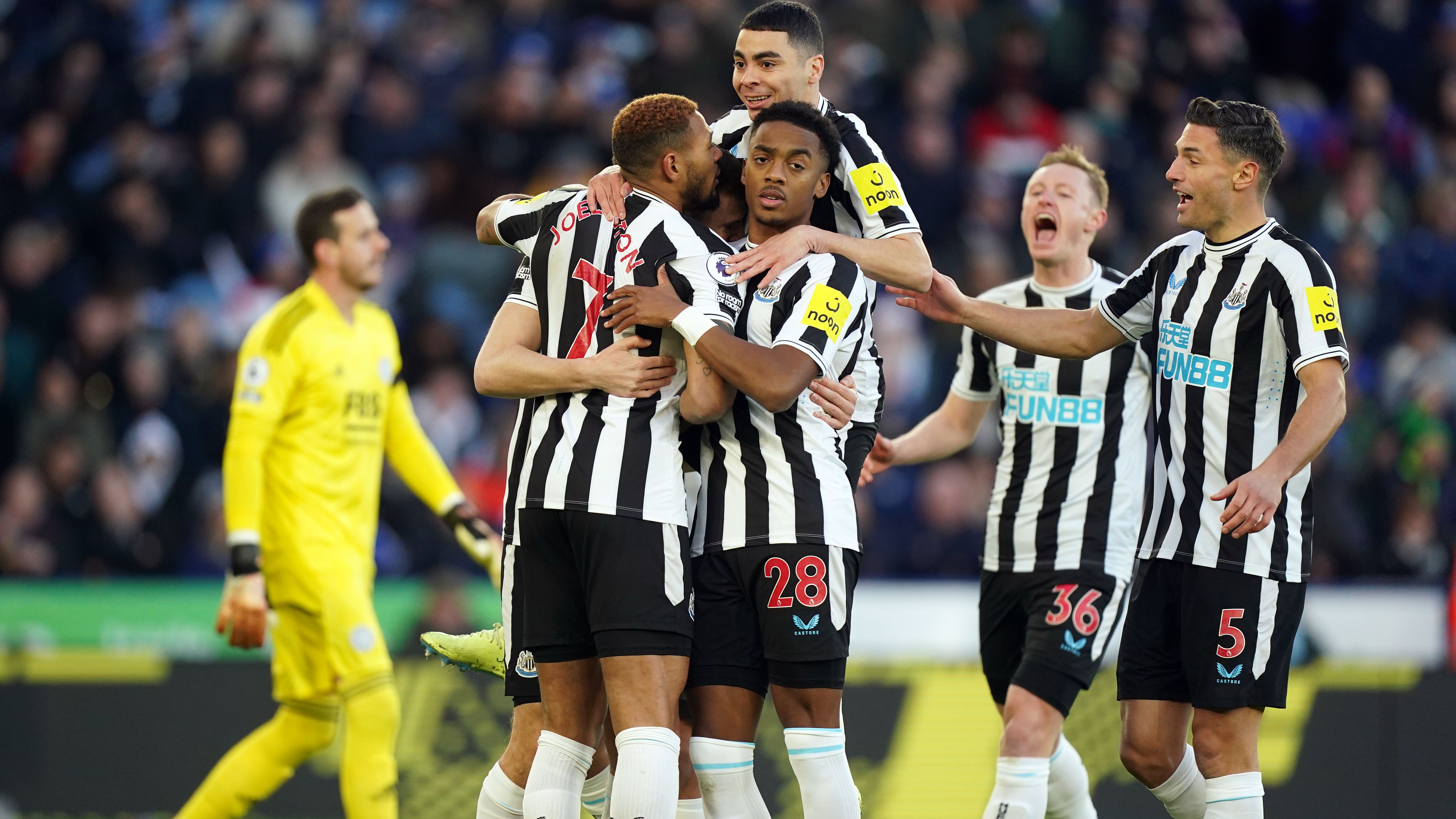 Miguel Almiron scored again to help Newcastle thump Leicester 3-0 on Boxing Day and move up to second in the Premier League.

Almiron took his tally for the campaign to nine goals with a smart finish in the seventh minute to add to Chris Wood’s early penalty at the King Power Stadium.

Joelinton headed home a third midway through the first half and Eddie Howe’s side produced a professional display after the break to keep a fourth clean sheet in a row.

Victory for Newcastle moves them above Manchester City, who visit Leeds on Wednesday.

Harry Kane marked his return to action with a goal but Tottenham had to settle for a point at Brentford after another fightback to draw 2-2.

Kane suffered penalty heartbreak in Qatar a fortnight ago when he missed a spot-kick late on in England’s quarter-final defeat to France at the World Cup.

Antonio Conte started the Spurs forward from the off in west London but saw Brentford dominate the opening exchanges with Vitaly Janelt tapping home from close range in the 15th minute.

Ivan Toney doubled the hosts’ lead early in the second half, poking home after a corner, but Kane started the comeback with an excellent header before Pierre-Emile Hojbjerg levelled with a smart finish and Tottenham were denied a winner when Kane’s late header hit the crossbar.

Tyrick Mitchell and James Tomkins saw red for Patrick Vieira’s team either side of half time with Bobby Decordova-Reid’s 31st-minute header opening the scoring at Selhurst Park.

Tim Ream wrapped up the win with a second after referee Andrew Madley decided against changing his decision having reviewed the goal with the use of the VAR pitchside monitor.

Man-of-the-match Mitrovic, creator of the first two goals, got on the scoresheet himself late on with a close-range header.

Brighton bounced back from their shock Carabao Cup loss to Charlton with a 3-1 win at Southampton.

Adam Lallana came back to haunt his old club with the opener at St Mary’s after heading in Solly March’s cross with 14 minutes on the clock.

Romain Perraud put through his own net with a miscued clearance later in the half and March hit a superb long-range effort to wrap up the points.

James Ward-Prowse grabbed a late consolation for Southampton, who are now bottom of the Premier League, after he headed home the rebound of his saved penalty.

Yerry Mina headed the hosts in front but Daniel Podence slotted home the leveller in the 22nd minute.

The spoils looked set to be shared at Goodison Park but Everton were hit on the counter-attack, with Adama Traore breaking forward and finding Ait-Nouri who fired home to spark jubilant celebrations in the away end.

Wolves moved off the bottom of the table with their 2-1 win.