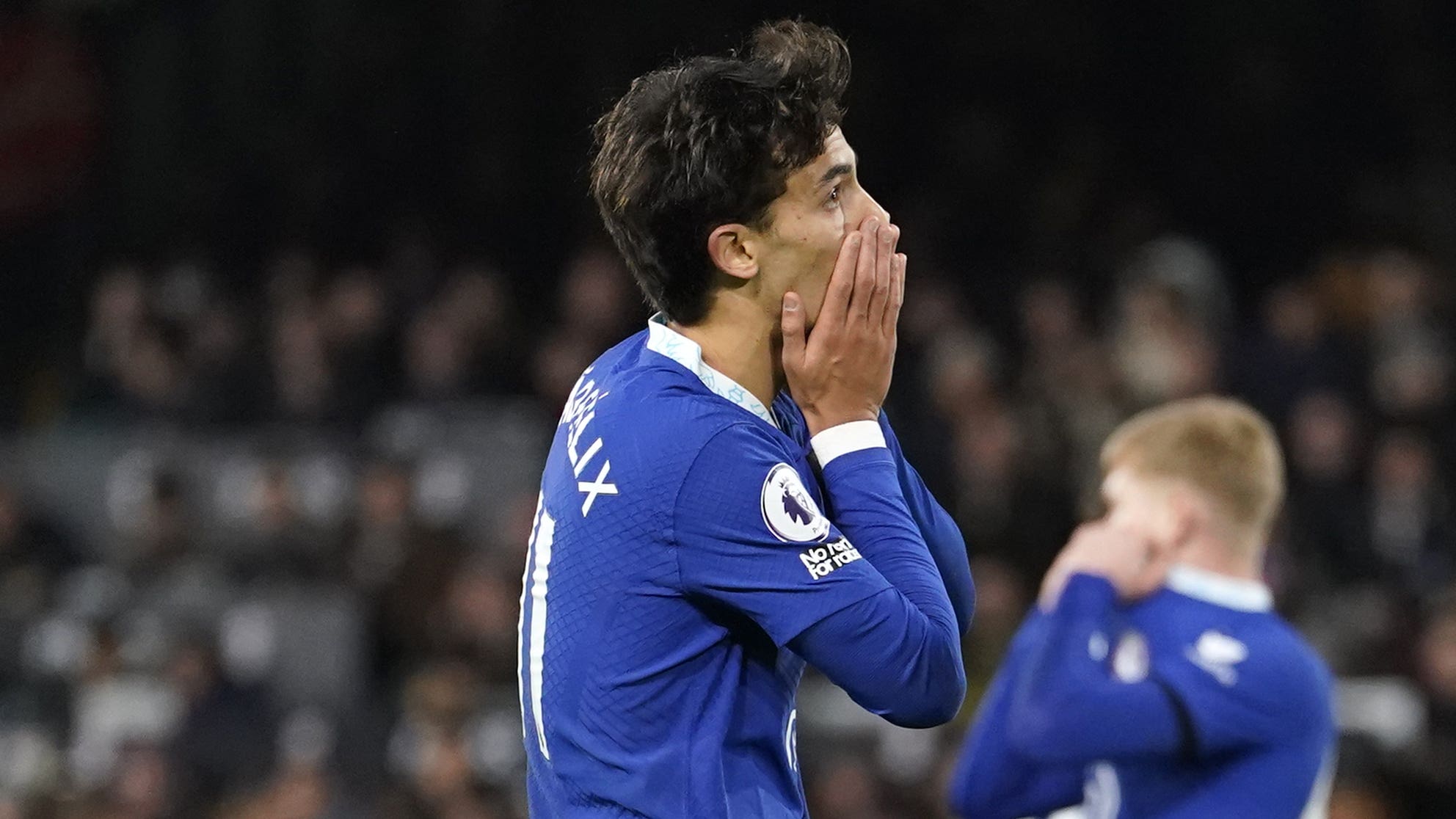 Joao Felix was sent off on his Chelsea debut as a 2-1 defeat at Fulham piled more pressure on under-fire Blues boss Graham Potter.

The Portugal forward joined on loan from Atletico Madrid on Wednesday and started at Craven Cottage, but only lasted 58 minutes before he was dismissed for a dangerous high-footed challenge on Kenny Tete.

The score was 1-1 at the time after Kalidou Koulibaly cancelled out Chelsea old boy Willian’s opener, only for Carlos Vinicius’ header to leave Potter’s side in 10th with one win in their last nine Premier League matches and 10 points off the top four.

The result lifted Fulham up to sixth, four points off fourth-placed Manchester United, after a fourth consecutive victory.

Felix was fast-tracked into the side and impressed throughout the first half, but he will now miss three matches and join the lengthy list of unavailable players to Potter.

Felix almost had an instant impact, with some clever wide play to set up Kai Havertz, and the ball fell to Lewis Hall after a rebound, but his shot was straight at Bernd Leno.

Chelsea dominated the ball in the early part of the first half, but it was the home side who came closest to taking the lead, when Bobby Decordova-Reid found himself unmarked in the box, and his strike rebounded off the crossbar.

Fulham broke the deadlock almost immediately afterwards when Willian, on the edge of the box, beat the defender and saw a shot deflect past Kepa Arrizabalaga.

The former Chelsea player remained respectful to the club he previously represented by not celebrating only his second goal for Fulham.

Fulham kept the pressure on until the end of the first half, with Chelsea struggling to impose themselves in the same manner as they had before the goal.

Chelsea equalised early in the second half, when a Mason Mount free-kick was just bundled in by Koulibaly, with the technology confirming the ball had crossed the line before Leno was able to gather.

Felix’s debut came to a crashing end when he went flying into a challenge in the middle of the pitch, catching Tete mid-shin with his studs up, and was shown the red card immediately by referee David Coote.

Fulham capitalised with the numerical advantage, when Vinicius beat the Chelsea defenders to head home an Andreas Pereira cross at the far post.

Vinicius was brought into the side in place of the suspended Aleksandar Mitrovic – who picked up his fifth yellow card of the season against Leicester in the previous Premier League match – but made the most of his opportunity by restoring Fulham’s lead in the 73rd minute.