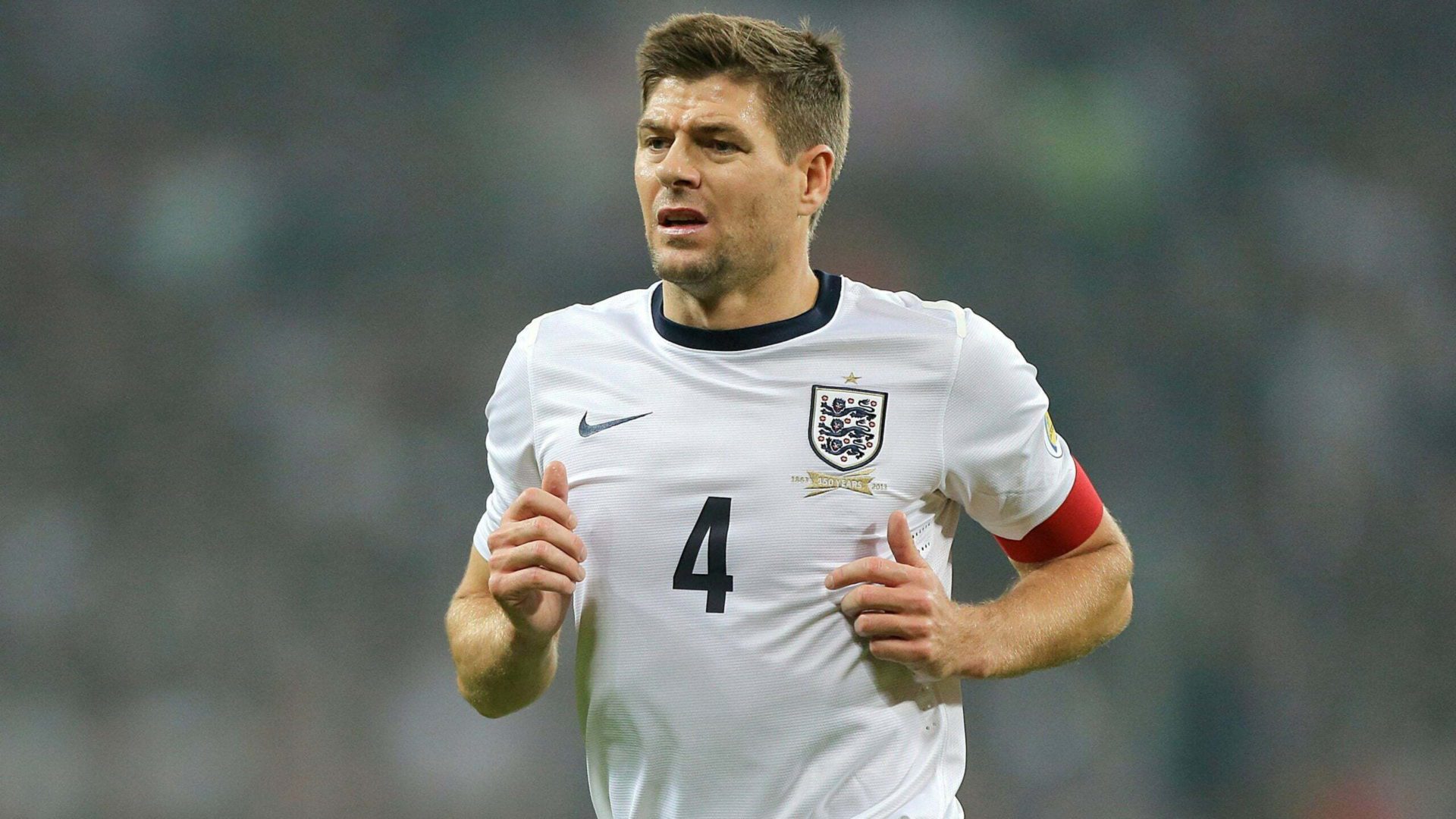 On this day in 2014: Steven Gerrard retires from international football

Former England and Liverpool captain Steven Gerrard announced his retirement from international football on this day in 2014.

Gerrard, widely regarded as one of the best midfielders of his generation, won 114 caps for his country, which places him fourth on the men’s all-time list.

But while he regularly tops fan polls as Liverpool’s greatest player, Gerrard rarely hit the same heights for England during his 14-year international career.

His decision came after the Three Lions’ dismal showing in the 2014 World Cup, where Roy Hodgson’s side crashed out at the group stage.

The Whiston-born midfielder was handed his debut by Kevin Keegan aged 20 in a 2-0 win over Ukraine at Wembley in 2000 and was named in the squad for the European Championship later that summer, coming on against Germany in the group stage.

It was against the Germans that he bagged his first goal the following year, a memorable strike in a famous 5-1 World Cup qualifying win which, along with two goals at the 2006 World Cup, made for arguably his best moments in an England shirt.

He would have had a place in history as the only Englishman to play in four World Cups had injury not kept him out of the 2002 tournament in Japan and South Korea.

On a personal level he enjoyed a fine England career, captaining his country 38 times and scoring 21 goals.

But the disappointing 2010 and 2014 World Cup campaigns – England exited the latter in Brazil bottom of their group and without a win – were tough for Gerrard to take and, like the rest of the Three Lions’ ‘Golden Generation’, he retired without a major international honour.