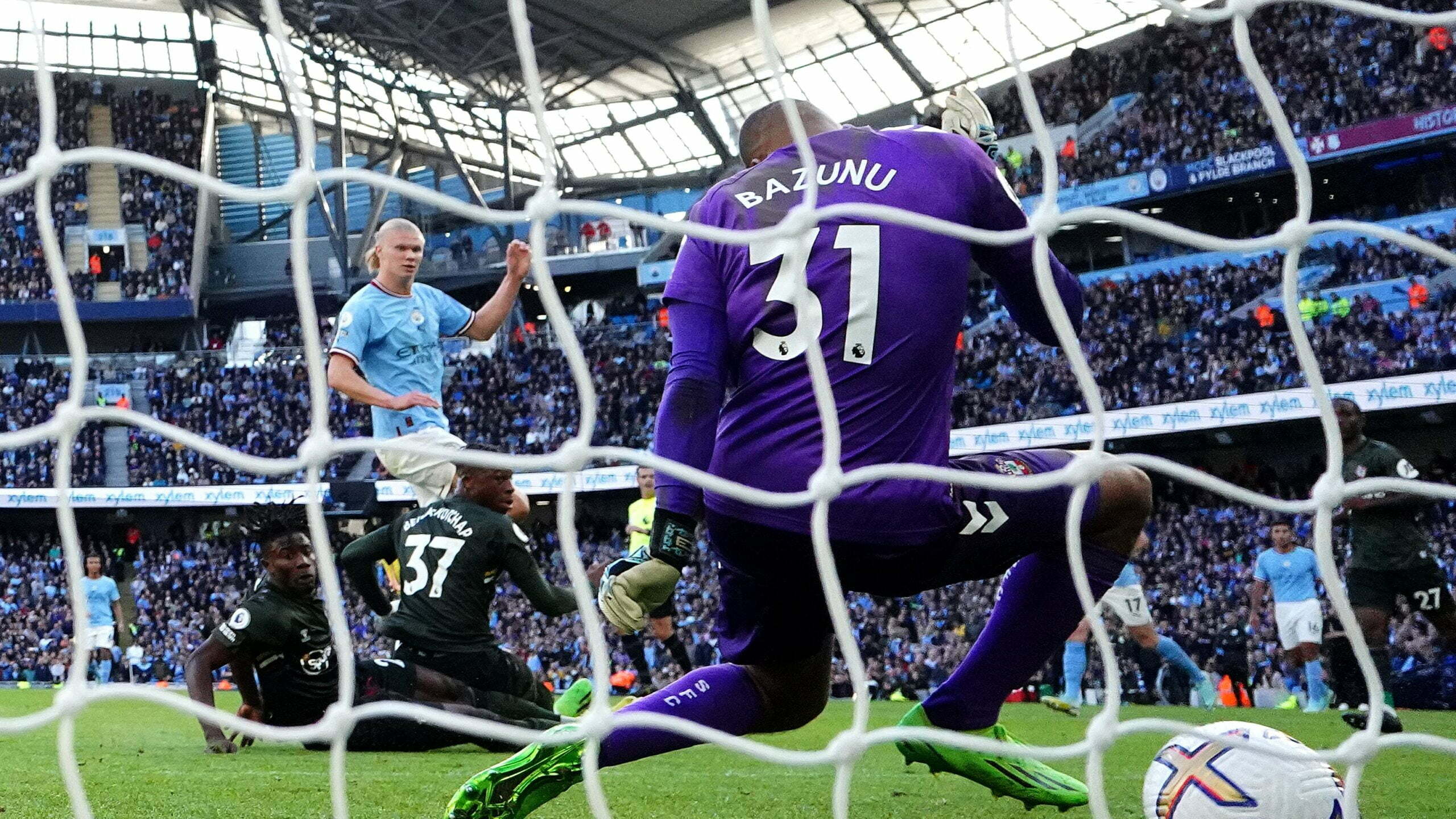 By By Andy Hampson PAOctober 8, 2022No Comments

Pep Guardiola joked that he was angry with Erling Haaland after he scored just one goal in Manchester City’s 4-0 rout of Southampton on Saturday.

The prolific Norwegian netted his 20th goal in just his 13th appearance for the club when he scored the fourth in a routine win that took the champions back to the Premier League summit.

Haaland, who also hit the post and spurned a handful of other chances, had scored hat-tricks in each of City’s previous three home league games.

City manager Guardiola said: “I am so upset with him! He didn’t score three goals!

“Expectations of him are so high that people expect he is going to score three or four goals every game, but in the end he was there and scored. He has done it and helped us again. He played really good.”

City were not troubled as they eased to victory and took their goal tally for the three games they have played in the past week to 15.

Guardiola said: “In general we played good against a team we struggled against a lot last season. We created chances.

“I had the feeling the people up front could have been more clinical and could have scored more, but it’s fine. Three days after the last game, the players reacted like who they are.”

Southampton’s defeat was their fourth in succession and increased the pressure on manager Ralph Hasenhuttl.

The Austrian insisted he remained focused on his job and had no thoughts on the speculation about his future.

He said: “I am not thinking in this direction. Never, since I have been a manager. It is the first time in my managerial career that I get such questions.

“I have been a manager for 16 years and never answered this question. I really don’t lose any energy thinking about that.

“The only way I think is that I have to do everything I can to help my team. This is the only thing I think about.”

Despite the loss, Hasenhuttl was pleased with the attitude of his team.

He said: “We have seen a tough game for us against a very complete team that showed all their qualities in every minute.

“In the end, when you lose here, it is better to lose in this way trying something, trying to be brave, than to sit deep, like we have here in the past and still lost.

“It is not nice but we can take more out of this game from playing like we did.”