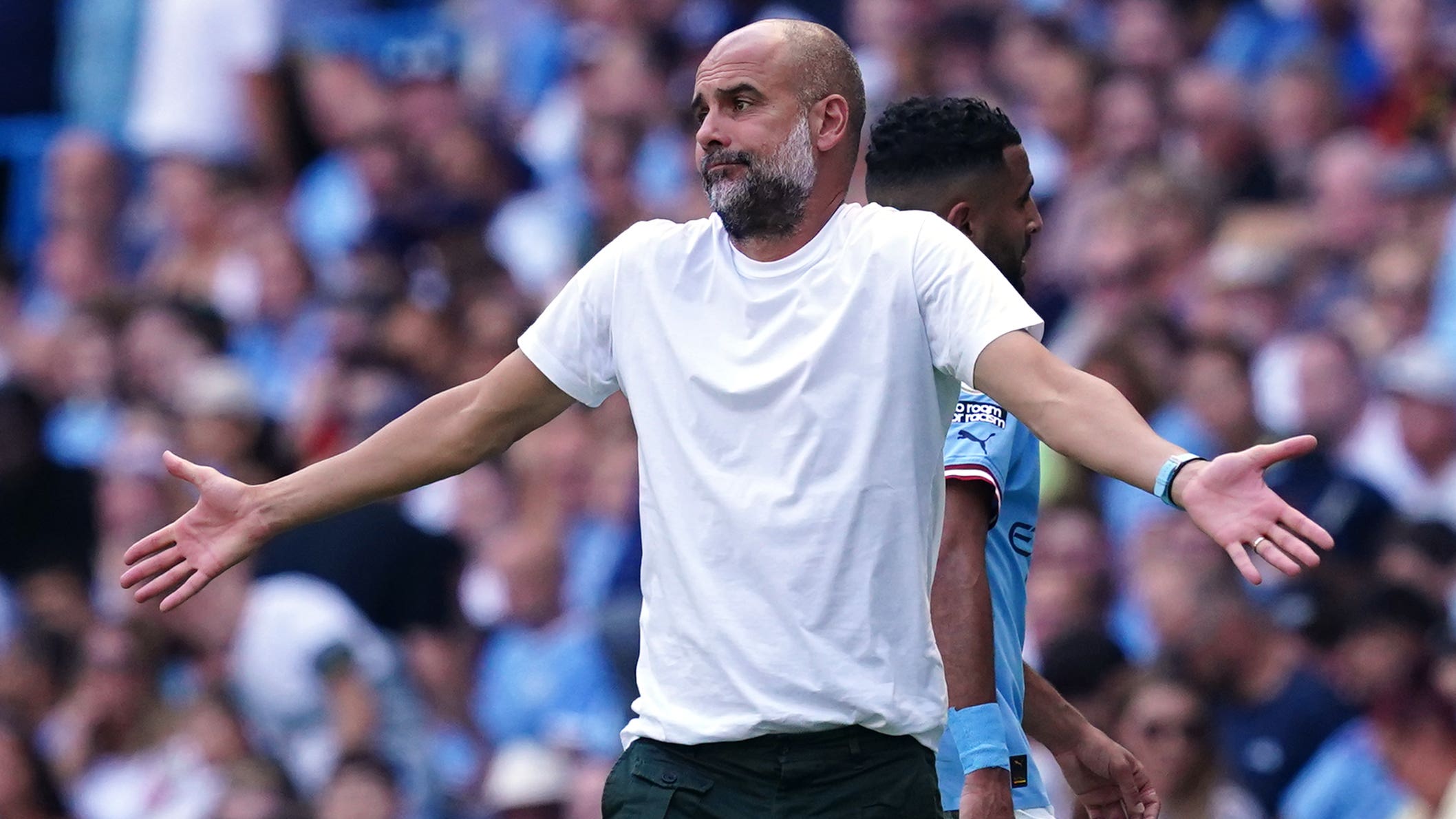 Manchester City boss Pep Guardiola does not expect his side to do any more business in the transfer window.

But Guardiola has been told that is it with less than two weeks left in the transfer window.

Asked if their business was done, he said: “Apparently yes. But if someone moves or there is a problem we don’t expect maybe it happens, but apparently it is done.”

Guardiola hopes there will be no outgoings as he reiterated his desire to keep Bernardo Silva at the club.

The Portuguese has been linked with a move away from the Etihad Stadium this summer, but Guardiola wants him to stay.

“He is our player and he knows our wishes as a club, me as a manager, his mates,” the Spaniard said. “What is going to happen I don’t know. I’ve said many times I don’t know (if he will stay).”

City travel to Newcastle on Sunday looking to give themselves a seven-point advantage over Liverpool in the early stages of the season.

The Reds have drawn their opening two games and head to Manchester United on Monday night, but Guardiola says it is far too early to be talking about advantages in the league table.

“You said it perfectly, it’s very early days,” he said. “After two fixtures we cannot make any plans about the future. The future is Newcastle and we have respect for all the teams. We will try to improve our games.”

Asked if four points was a big gap given the two sides’ rivalry over the last couple of seasons, he replied sarcastically: “Yeah, a lot, just 111 points to play!

“It is just two Premier League games. It is a process to get our game better, we are still in a process like pre-season.

“We have long weeks of training but when we start September this is not going to happen. We are trying to improve our principles, our game. The best way to see how the team is is during the games.

“The last two games we were really good, the players proved to me again how wrong I was because they did it really well.

“It is not a question about Liverpool, it is Manchester City, I don’t know Liverpool. You know the respect I have, it is what we have to do ourselves.”

City will travel to Barcelona after Sunday’s game at St James’ Park ahead of a friendly on Wednesday in aid of former Barca player and coach Juan Carlos Unzue, who who was diagnosed with the incurable ALS (amyotrophic lateral sclerosis) two years ago.

Guardiola added: “The benefit will be that we are together, a few days in the beginning for the new players, the chairman will be there for three days.

“We will go because Barcelona opened its doors to make a game for an important person in our lives. They invited us to raise money for a battle he has with his disease.

“It is an incredible argument for us to be there. For us to play in the Nou Camp is important, big stage, big team, it will be perfect.”

Cole Palmer and Kalvin Phillips are back in contention after injuries kept them out against Bournemouth last week.