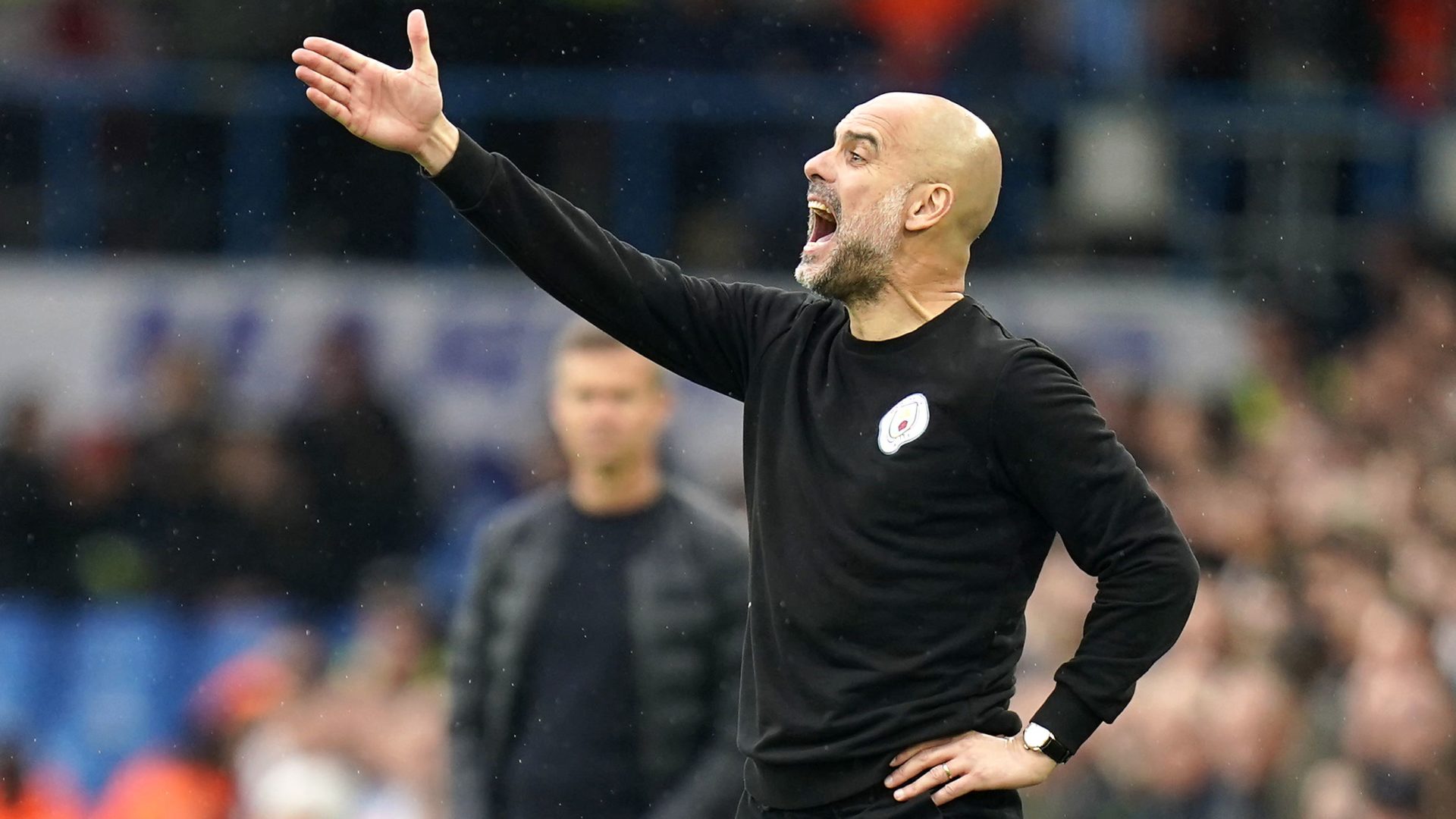 Manchester City boss Pep Guardiola has dismissed the suggestion his players must shoulder extra pressure by playing their next two Premier League games a day after Liverpool play theirs.

A 1-0 win in the lunchtime kick-off at Newcastle on Saturday lifted the Reds two points clear at the top of the table, but City leapfrogged back into pole position by beating Leeds 4-0 at Elland Road in the evening game.

City and Liverpool play the second legs of their respective Champions League semi-finals against Real Madrid and Villarreal in midweek.

They must both then refocus again on the domestic crown, with Jurgen Klopp’s side set to face Tottenham at Anfield on Saturday and Aston Villa away the following Tuesday, while City play Newcastle on Sunday before Wolves at Molineux on the Wednesday.

“I would say that always we play later, after them,” Guardiola said. “The pressure is not too complicated to analyse.

“They play before; they are going to win all their games. We have expected that for a long time. All we have to do is win our games.

Guardiola continued: “Both teams fought face to face over the last few years and it is still a privilege and an honour to try to make back-to-back (titles) and try to make a fourth Premier League (win) in five years.

“I know Liverpool is nicer with history, but it is not bad what we have done.”

City ensured Liverpool’s most recent stay at the summit was short-lived as they withstood a spirited Leeds display at a hostile Elland Road to secure three more hard-earned points.

“They surprised us a little bit,” Guardiola said. “After the (first) goal we suffered a lot in the first 25 minutes of the first half because we conceded transitions that they are so dangerous from.

Leeds’ defeat, coupled with Burnley’s late fightback at Watford, has piled on the pressure in their bid to stave off relegation.

But head coach Jesse Marsch took heart from his side’s display against City ahead of the crucial run-in.

Marsch, whose side face Arsenal (away), Chelsea (home), Brighton (home) and Brentford (away), said: “We wanted to have something to take with us and continue to grow from the experience, so that we can be ready for the next four massive challenges and I think we can do that.

“I think we can do that. We knew this was not going to be easy. I came from vacation and stepped into a relegation battle. I knew this was going to go down to the wire.

“I still believe that and we are up for it. The confidence I have in our group and in the way they work every day and the desire they have to do whatever it takes gives me a lot of optimism and confidence. It won’t be easy, but we’re going to keep pushing.”

The Yorkshire club’s plight was compounded by another big injury blow, with Stuart Dallas carried off the field on a stretcher after a 50-50 second-half collision with Jack Grealish.

Leeds revealed on Sunday that the popular Northern Ireland international had broken his leg – a femoral fracture – and faces “a lengthy period out of action”.