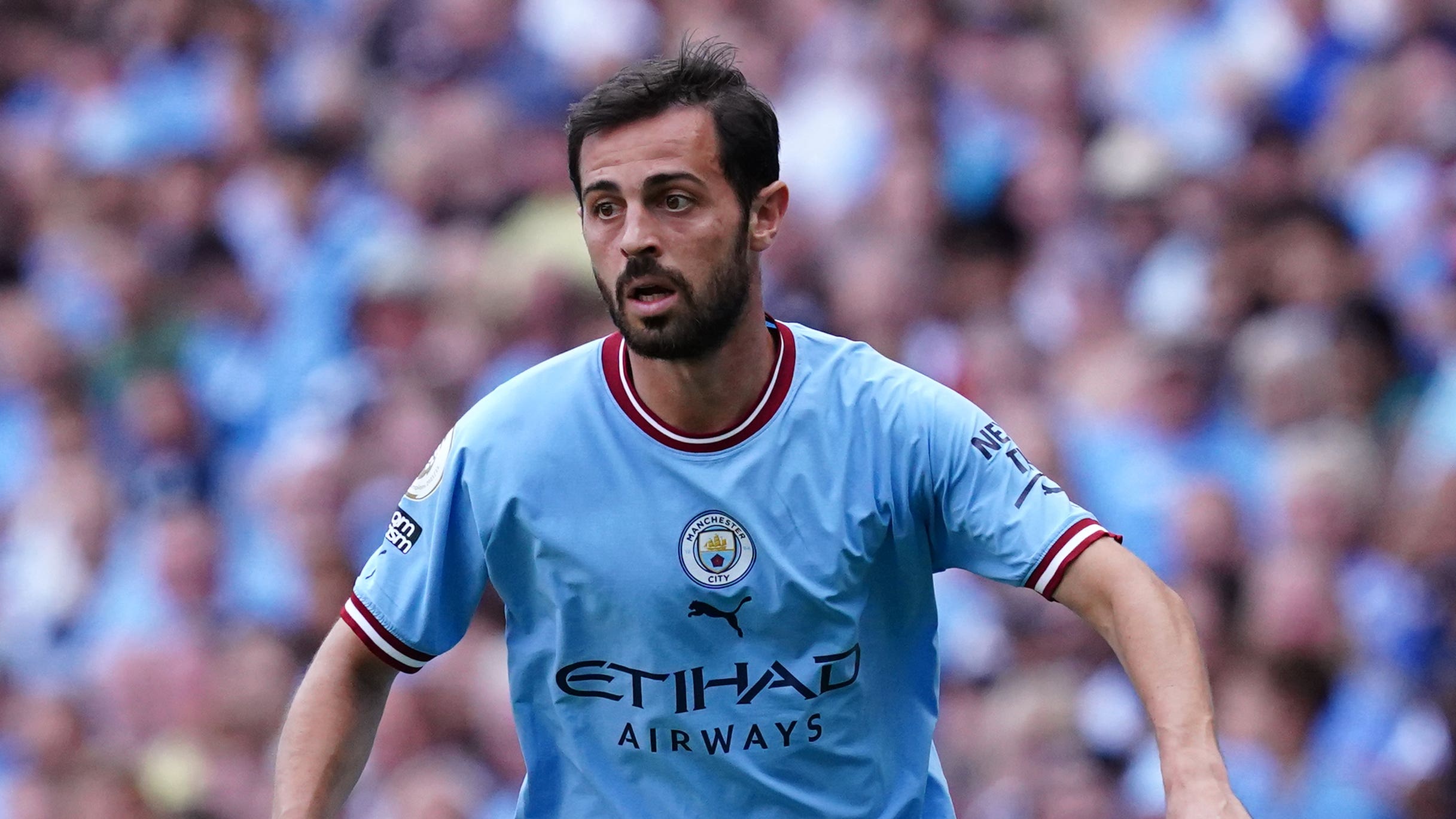 Pep Guardiola has ruled out the possibility of Bernardo Silva being sold by Manchester City before the end of the summer transfer window.

Silva has been linked with Barcelona for several weeks while fresh reports in France suggest Paris St Germain have made a move for the 28-year-old, who is understood to be interested in a return to the continent for personal reasons.

But Guardiola said the popular Portugal international will remain a member of his squad after the window closes on September 1.

“He’s staying here, absolutely,” Guardiola said. “We don’t have any phone call from any club regarding Bernardo Silva, so he will stay.”

Guardiola had also been asked about Silva’s future following City’s midweek friendly against Barcelona and had been much more circumspect in his response then, suggesting he could leave if an acceptable offer was made.

But with only a few days of the window remaining and limited time to bring in a replacement, Guardiola ruled out a deal on Friday.

City were only expected to make further moves in the transfer market if Silva departed, so Guardiola’s assertion should draw a line under this summer’s business.

Five first-team players – including Raheem Sterling and Gabriel Jesus – have left and five, most obviously Erling Haaland, have come in.

However, City will go into Saturday’s Premier League meeting with Crystal Palace short of options in defence with Aymeric Laporte out and Nathan Ake also expected to be missing with a groin injury suffered in last weekend’s 3-3 draw at Newcastle.

Teenager Luke Mbete replaced Ruben Dias against Barcelona on Wednesday but was then forced off after a clash of heads with Andreas Christensen. Summer signing Kalvin Phillips also came off with a problem at the Camp Nou while the injured Jack Grealish was not part of the squad.

It is not known if any of those four will be available on Saturday.

“We train this afternoon and we will know exactly the situation with everyone,” Guardiola said when asked for an update. “Now I cannot tell you.”

Saturday’s match will pit Guardiola against former City midfielder Patrick Vieira and a Palace side who took four points off City last season, and have lost only one of their last four against the Premier League champions.

“That shows how good they are with Roy Hodgson and now with Patrick Vieira,” Guardiola said. “They defend really well, they’re resilient and they have an incredible amount of quality. From nothing they create something.

“We have to be aware not to make mistakes because they are a side that defends the 18-yard box really well, good set pieces, good transitions.

“With (Jordan) Ayew, (Wilfried) Zaha especially, with (Eberechi) Eze, (Odsonne) Edouard, they have weapons, experienced players in the middle. Hopefully we can break them and win the game.

“I have incredible consideration for (Vieira) as a human being and, as a player he was one of the legends of the Premier League for many, many years. He is doing an incredible job.”