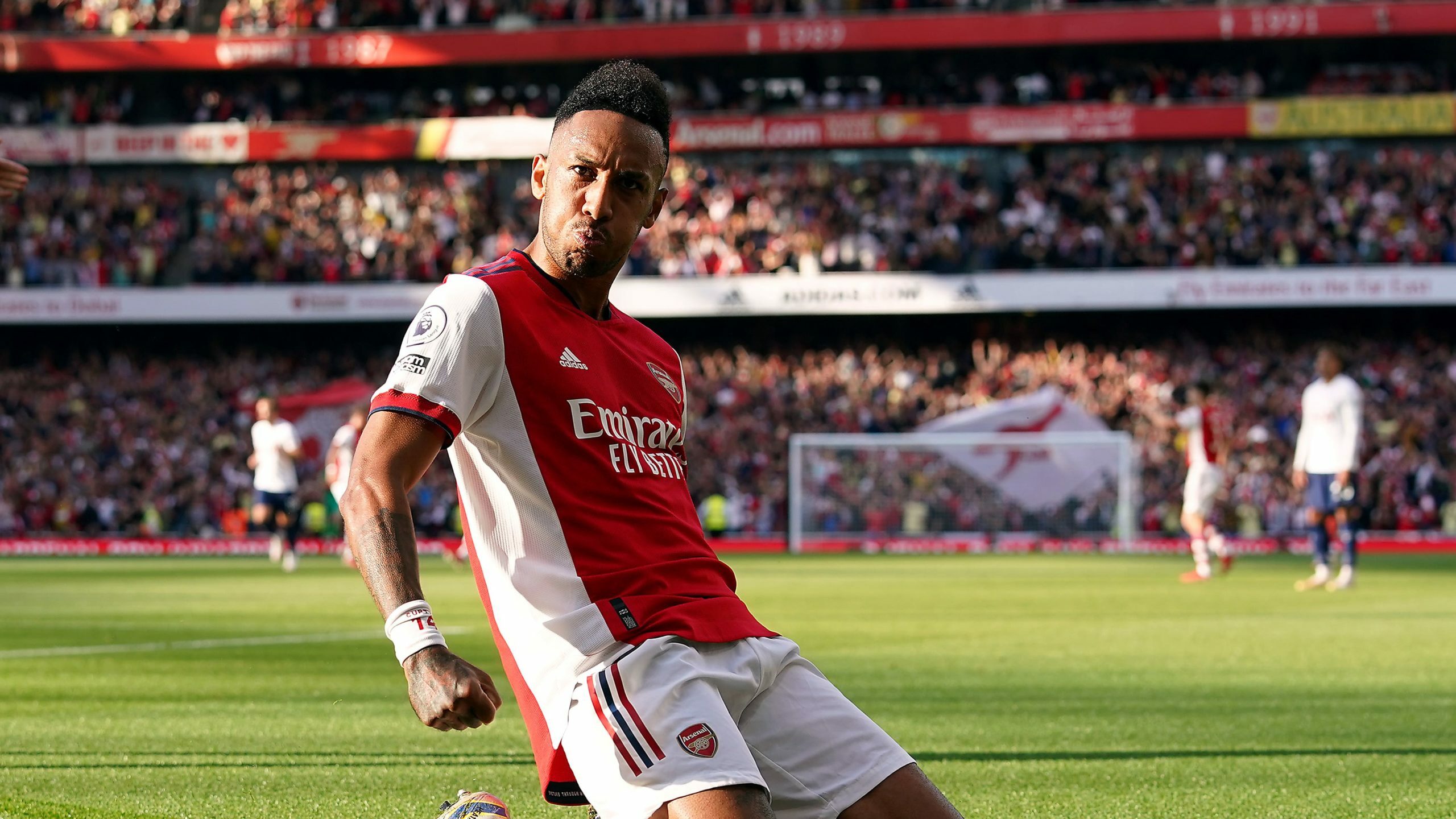 Former Arsenal captain Pierre-Emerick Aubameyang is back in London after completing his deadline-day switch to Chelsea.

Aubameyang only left the Emirates Stadium for Barcelona in February after his contract was terminated following a falling-out with manager Mikel Arteta.

He scored 11 goals in 17 LaLiga appearances for Barca but, with their financial issues meaning they needed to ship players out, he was available should another club come in for him.

Arsenal’s London rivals Chelsea were that club and the 33-year-old Gabon forward has been reunited with Blues boss Thomas Tuchel, his manager at Borussia Dortmund.

Aubameyang has agreed a two-year contract at Stamford Bridge to become the Blues’ sixth senior signing of the transfer window.

Aubameyang said: ‘I’m really happy. It’s an honour to be part of this team and I can’t wait to start. I have some unfinished business with the Premier League so it’s good to be back and really exciting.”

Manchester United were the first, and biggest movers having completed the signing of Brazil winger Antony from Ajax for an initial fee of 95 million euros (£82.1m).

A deal was already in place between the two clubs, with United agreeing to a potential five million euros (£4.3m) in add-ons, making Antony the fourth most expensive signing in Premier League history.

He has put pen to paper on a contract that runs until 2027, with the option of an additional year.

“This is an incredible moment in my career to be joining one of the most iconic clubs in the world,” the 22-year-old said on United’s official website.

Antony scored 25 goals in 82 appearances in his two-and-a-half-year stint at Ajax but is now looking forward to a reunion with United manager Erik Ten Hag, who left the Eredivisie club in the summer.

“Playing under Erik ten Hag at Ajax was perfect for me and my development,” Antony added.

“His style of football and coaching brings out the best in me, and I am excited by what he has told me about his plans and ambitions in Manchester.”

Newcastle goalkeeper Martin Dubravka also joined United on a season-long loan with the option to make the move permanent, to provide competition for David De Gea.

Meanwhile, midfielder James Garner, 21,  signed for Everton on a four-year deal from United for an undisclosed fee.

Manuel Akanji has set his sights on winning silverware in England after agreeing a five-year deal to complete his move to Manchester City from Borussia Dortmund.

“I am delighted to be here, and can’t wait to get started,” said Akanji, who has taken the number 25 shirt vacated by former City captain Fernandinho this summer.

“City have been one of the best teams in Europe over the last few seasons. They are brilliant to watch, play an exciting brand of football and compete for trophies year in, year out, so coming here feels like the perfect next step in my career.”

Liverpool made a late move with the signing of Arthur Melo on loan from Juventus for the remainder of the season.

Brazilian Melo, 26, told Liverpoolfc.com: “I’m really, really happy to be here wearing this great shirt with this famous badge that represents so much in world football, it’s a dream.”

Speaking to FFCtv, James said: “I’m looking forward to it. I’ve spoken to the gaffer and it feels like a great fit for me, and I can’t wait to get started.”

Boss Marco Silva also boosted his options by securing the services of Paris St Germain left-back Layvin Kurzawa on a season-long loan and ex-Chelsea and Arsenal attacker Willian on a free transfer.

Brighton confirmed the signing of midfielder Billy Gilmour, 21, from Chelsea on a four-year deal.

Seagulls boss Graham Potter said, “Billy arrives with a fantastic pedigree, having played in the Premier League and Champions League as well as for Scotland at last year’s Euros. He will complement our existing midfield options.”

Leicester made their first outfield signing of a frustrating window as they announced the arrival of Belgium international Wout Faes from Reims.

Shopaholics Nottingham Forest made it 21 signings for the transfer window by landing defenders Loic Bade from Ligue 1 club Rennes and Willy Boly from Wolves. they also signed Josh Bowler from Blackpool and loaned the winger to Olympiacos.

Belgium midfielder Leander Dendoncker was another departure from Wolves after moving across the midlands to Aston Villa for an undisclosed fee.

Wanderers did bring in Mali midfielder Boubacar Traore on a season-long loan from Metz.

Villa also signed defender Jan Bednarek on loan from Southampton, who had a busy deadline day with four new signings through the door at St Mary’s.

At 11pm they announced the signing of Croatia centre-back Duje Caleta-Car, pending a work permit and international clearance.

The 25-year-old agreed a four-year contract from French side Marseille.

Saints also allowed Jack Stephens to move along the south-coast to Bournemouth on loan.

But there was frustration for Leeds, according to owner Andrea Radrizzani, in their pursuit of Marseille forward Bamba Dieng.

Reports have claimed Nice have made a last-ditch swoop for the Senegal international and Radrizzani revealed his club have been “screwed up”.

Replying to a supporter named Ollie on Twitter, Radrizzani said: “It’s all good Ollie. Part of the madness of deadline day. We have been screwed up, it happens even to the best ones.

“We have done a great market, planned and executed our targets at very early stage. Keep going.”