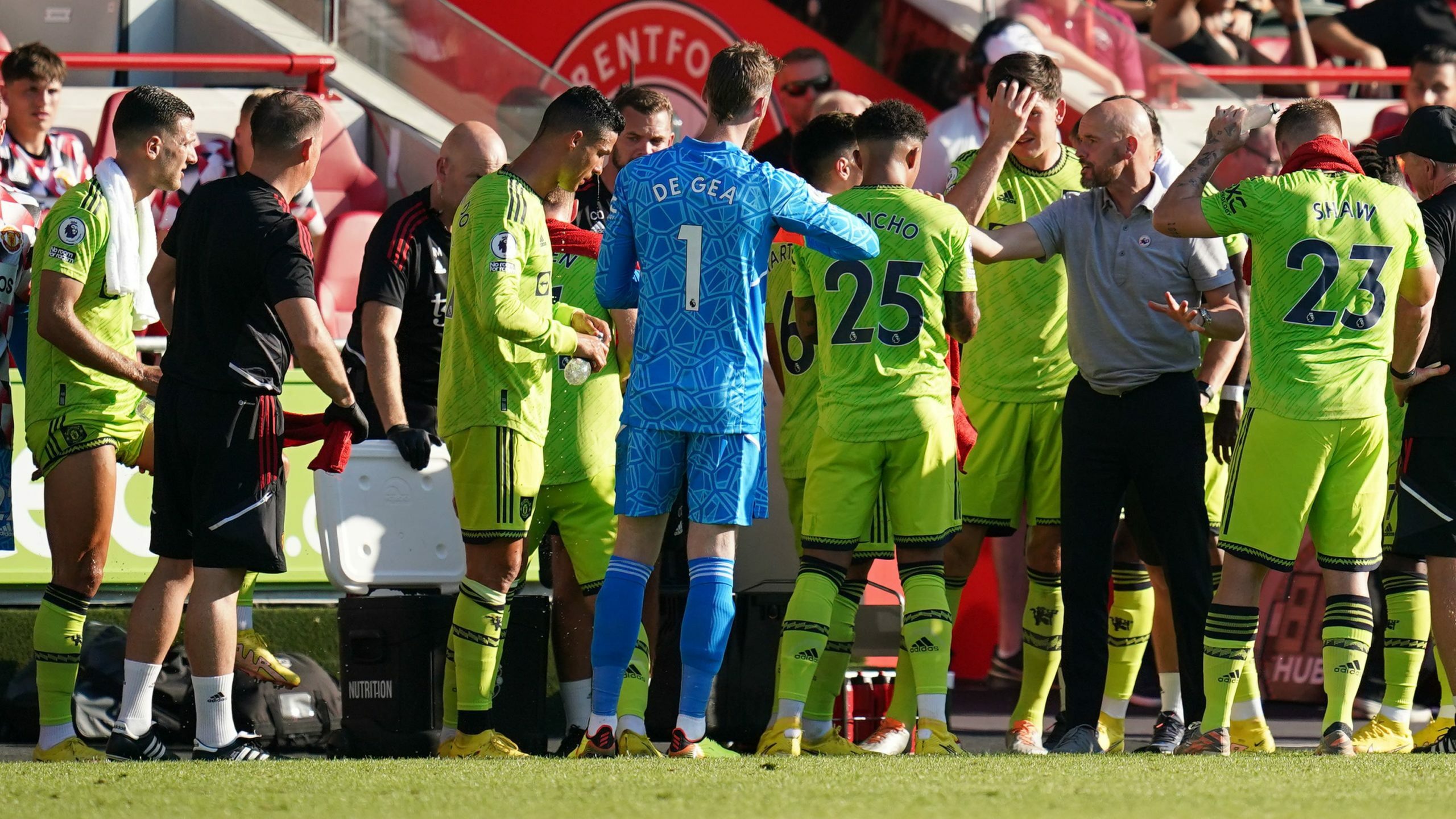 Manchester United’s woeful start to the season under new manager Erik ten Hag escalated with a 4-0 hammering by Brentford on Saturday.

Here, the PA news agency assesses the statistics behind their latest defeat.

For the second week running, United dominated possession but failed to make it count. Ten Hag’s side had exactly two thirds of the ball according to the Premier League’s official statistics, an increase even on the 63 per cent in their loss to Brighton the previous week.

They had 699 touches of the ball, including 525 passes, compared to 421 and 255 for Brentford, but were unable to carve out clear chances. By contrast, the Bees’ clinical edge was exemplified by the lightning two-pass counter-attack for Bryan Mbeumo to score the fourth goal and Mathias Jensen dispossessing Christian Eriksen to instantly slot home the second.

One figure that sparked plenty of discussion after the game was the distance run by the respective teams, 95.6 kilometres for United compared to Brentford’s 109.4km.

While distance figures are of limited use in isolation, and may be explained to a large extent by the disparity in possession, it was interpreted in some quarters as illustrating a lack of commitment. Ten Hag cancelled United’s scheduled day off on Sunday and there were reports he wanted to make his players run the extra 13.8km during the added training session.

United did have 15 shots to Brentford’s 13 across the 90 minutes, but only four on target compared to seven for their hosts and two corners to eight.

Eriksen was deemed guilty of a “big chance missed” in the league’s statistics and went closest to a consolation against his former club while Cristiano Ronaldo, recalled to the starting line-up, led the way with six shots including two on target.

United were required to make twice as many tackles as Brentford, 12 to six, and 22 clearances to 13.

They committed 15 fouls and collected four bookings, frustrated challenges late on by Scott McTominay, Marcus Rashford and Bruno Fernandes adding to Harry Maguire’s first-half foul on Ivan Toney, with the free-kick count ending up 17-7 in Brentford’s favour including offsides.

Lisandro Martinez’s lack of height in central defence has already been questioned, notably after Ben Mee’s goal when the Brentford defender headed home despite falling backwards under pressure from the Argentinian.

The 5ft 9in Martinez has made three headed clearances this season but is recorded on the league website as not having contested an aerial battle. United old boy Gary Neville, himself an shorter centre-back for some of his early career before shifting permanently to right-back, drew attention in his post-match analysis for Sky Sports to Maguire switching to cover for Martinez in the air and likened it to his old team-mate Gary Pallister doing likewise for him.