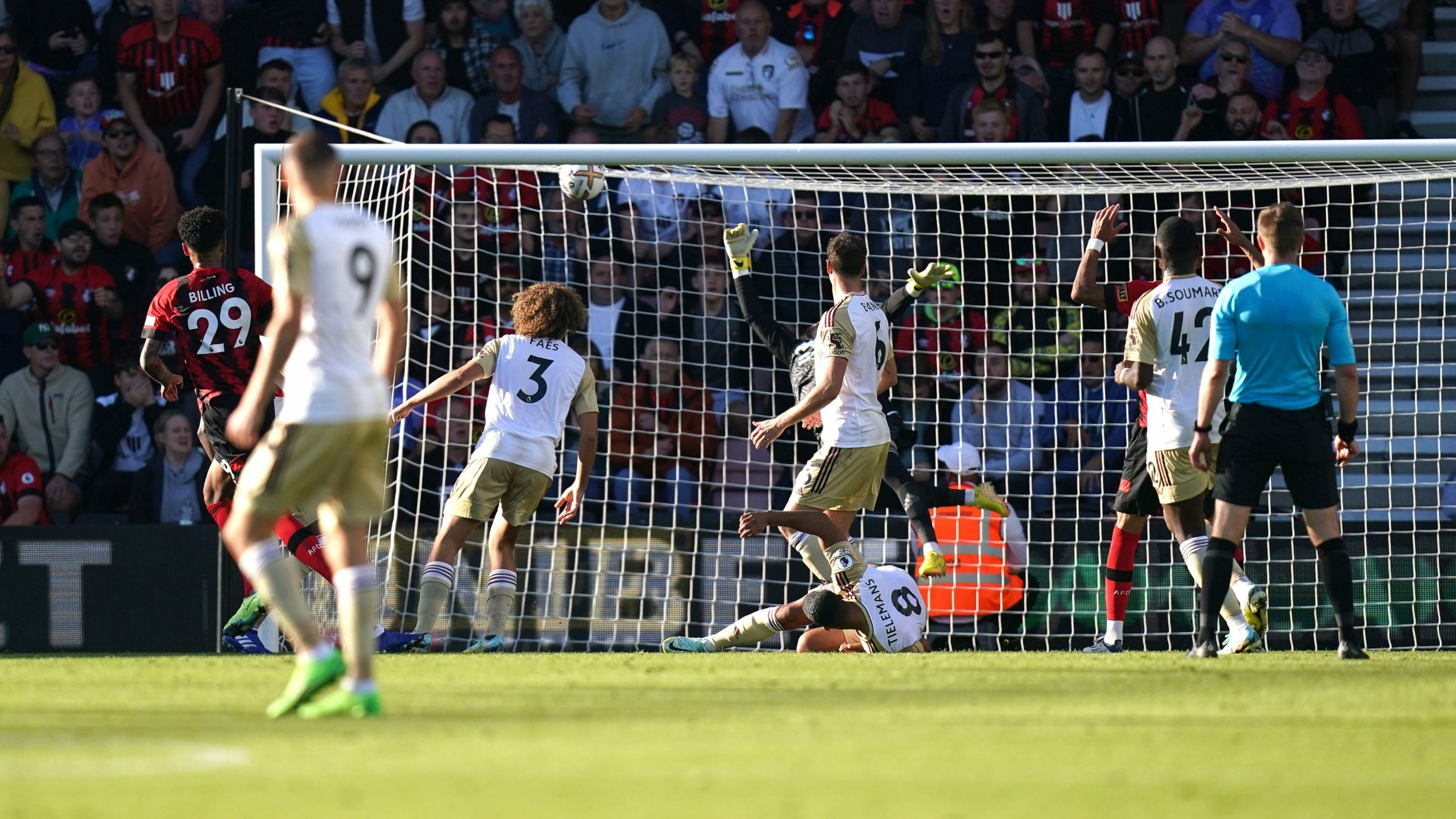 Foley’s planned £120million takeover of the Cherries on Saturday moved a step closer to completion after he agreed terms with current owner Maxim Denim.

And the American businessman was able to toast the deal with success on the field thanks to quick-fire goals from Philip Billing and Ryan Christie in a remarkable five-minute spell.

In-form Patson Daka had looked set to spoil the occasion for the south-coast side by firing the struggling Foxes into a 10th-minute lead at Vitality Stadium.

Yet Brendan Rodgers’ visitors paid a heavy price for a string of defensive errors and opting to drop deep as they blew the chance to move out of the relegation zone.

Victory for the hosts stretched their unbeaten run to five games under the leadership of interim manager Gary O’Neil to move them eighth in the table and heighten the feel-good factor in Dorset.

Foley’s imminent buyout is anticipated to provide funds for a new state-of-the-art training facility and a number of signings in the January transfer window.

Official confirmation of the purchase is expected within the next month once the deal has been ratified by the Premier League.

Foley, who owns the Vegas Golden Knights NHL ice hockey team and is spearheading a Las Vegas-led consortium, posed for pictures with supporters ahead of kick-off before taking his seat in a corporate hospitality box alongside wife Carol, who was wearing a Cherries shirt.

The 77-year-old should have seen his new club take a third-minute lead but Christie dithered and stumbled in the penalty area after a James Justin error allowed him to race clear.

Youri Tielemans delivered an inviting ball into the box from the right and, after Harvey Barnes’ initial effort was blocked, the recalled Daka swept home on the turn to claim his third goal in four games.

Despite establishing an early advantage on the back of Monday evening’s morale-boosting 4-0 East Midlands derby win over Nottingham Forest, City were far from assured defensively.

Foxes goalkeeper Danny Ward twice denied Christie an equaliser, while Ryan Fredericks was frustrated to be booked for diving after going to ground in the box under a challenge from Jonny Evans.

Bournemouth dominated possession after the break, with Leicester retreating and seeking opportunities on the counter attack.

The home side initially created little before turning the game on its head in sensational fashion.

Midfielder Billing volleyed the equaliser into the roof of the net on the rebound in the 67th minute after Dominic Solanke’s initial attempt was blocked following errors from Foxes pair Kiernan Dewsbury-Hall and Wout Faes.

And the comeback was completed just four minutes later when Christie atoned for his first-half profligacy by diverting a first-time finish beyond Ward following Solanke’s knock down from a Billing cross.

Leicester were visibly shocked by their collapse and never threatened an equaliser, piling the pressure back on under-fire manager Rodgers.

The Foxes, whose win over Forest was their first of a dismal season to date, would have lost by a greater margin had Cherries substitute Jaidon Anthony not been denied an added-time goal by an offside flag.