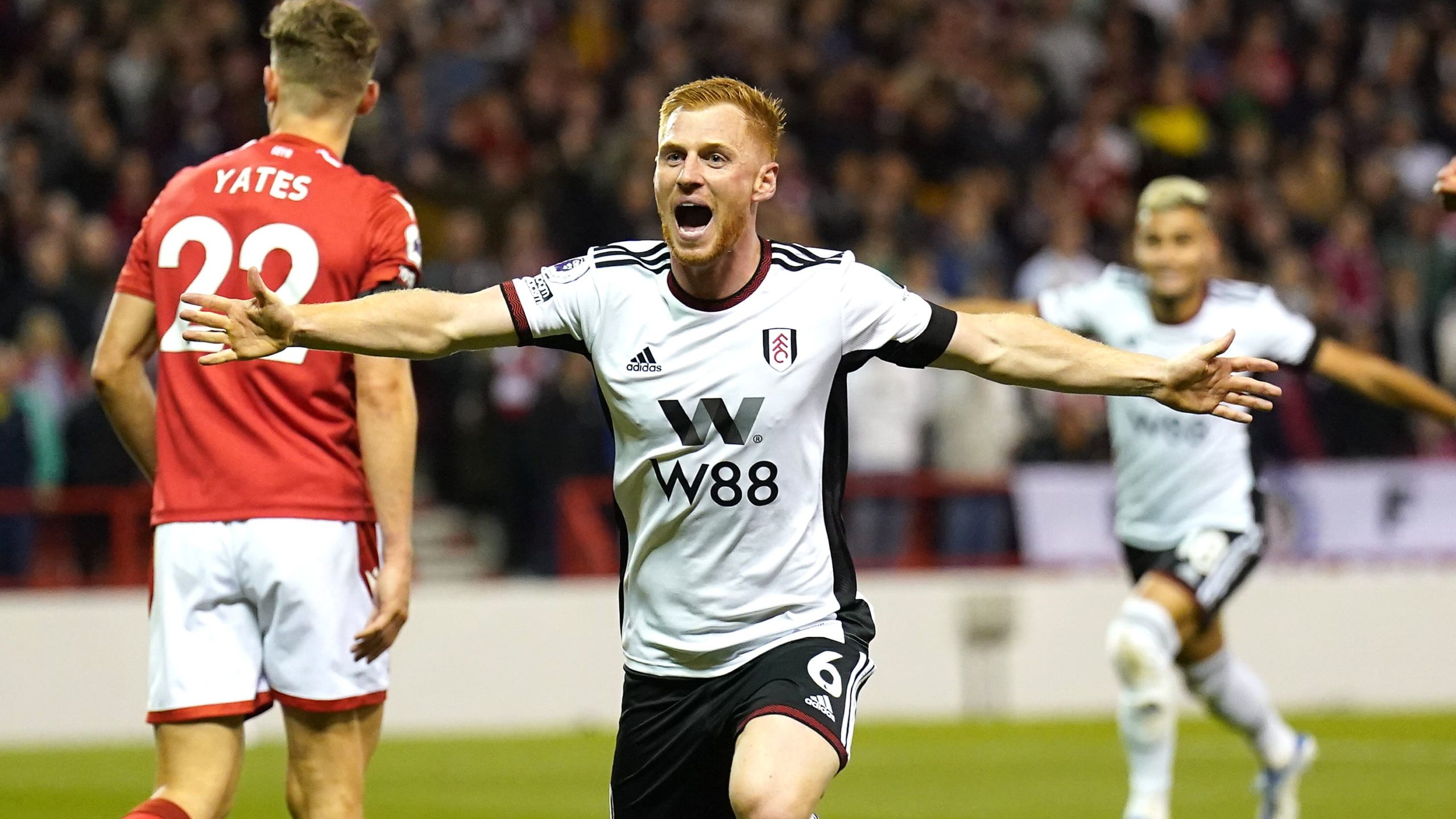 Tosin Adarabioyo, Joao Palhinha and Harrison Reed struck within a heady six-minute passage of play as Fulham edged out Nottingham Forest in a five-goal thriller.

Nigeria forward Taiwo Awoniyi marked his return to the Forest starting line-up with an 11th-minute opener, but the match took a decisive turn as the hosts conceded three times in quick succession.

While Lewis O’Brien set up a grandstand finish in the 77th minute, Fulham held on to secure a 3-2 win that condemned Forest to a fourth successive defeat, which keeps them second bottom in the Premier League.

The top flight resumed on Friday night after last week’s fixtures were called off as a mark of respect following the death of the Queen and there were some heartfelt tributes to mark the monarch’s passing.

A minute’s silence was impeccably observed by the overwhelming majority in the City Ground, with the odd outburst then drowned out by an ovation before fans sung God Save the King, while there was a round of applause in the 70th minute to commemorate the length of the Queen’s reign.

In came Awoniyi and Willy Boly, on his Forest debut, while Fulham brought in Issa Diop and Willian following their defeat to London rivals Tottenham two weeks ago.

Fulham started brightly, but it was Forest who created the first significant opening as Brennan Johnson left Tim Ream in his wake before squaring for Morgan Gibbs-White, whose shot was deflected wide.

But from the resulting Gibbs-White corner, Ryan Yates got highest in the scramble of bodies to flick on to the back post, where an unmarked Awoniyi headed beyond Bernd Leno for his second goal of the season.

Andreas Pereira was inches off getting to a teasing low cross which might have brought an equaliser for the visitors, who were incensed as Steve Cook escaped with a yellow card after a seemingly cynical foul as Willian bore down on goal – although Boly was covering, which might have spared his team-mate a straight red.

The dangerous Aleksandar Mitrovic, with half a dozen goals already this season, guided a header at Dean Henderson as Fulham were unable to make their possession and pressure in Forest’s half count.

It was a different story in the second half, with Fulham level in the 54th minute as Adarabioyo peeled off his marker and expertly directed a header from Willian’s corner low beyond Henderson.

The away end was in full voice three minutes later courtesy of Palhinha, whose first-time strike from just outside the area rocketed into the top corner, leaving Henderson, at full stretch, helpless.

A shellshocked Forest were unable to stem the onslaught and they shipped their third goal in just over five minutes as Bobby Decordova-Reid centred for Reed to sweep home – the first time he has found the net for Fulham.

Awoniyi missed a golden chance to bring Forest back into the match after heading wide in a carbon copy of a move that led to his first goal, with the home side then throwing caution to the wind by bringing on Lingard, O’Brien, Worrall and Sam Surridge in quick succession.

The changes had the desired effect as Lingard’s clever flick fed Johnson, whose low cross was merely backheeled by an off-balance Adarabioyo into O’Brien’s path and the substitute shot past an out-of-position Leno.

Forest, though, were unable to create anything meaningful down the stretch, despite the crowd’s backing, and Fulham held on for a win that moves them up to sixth in the table.