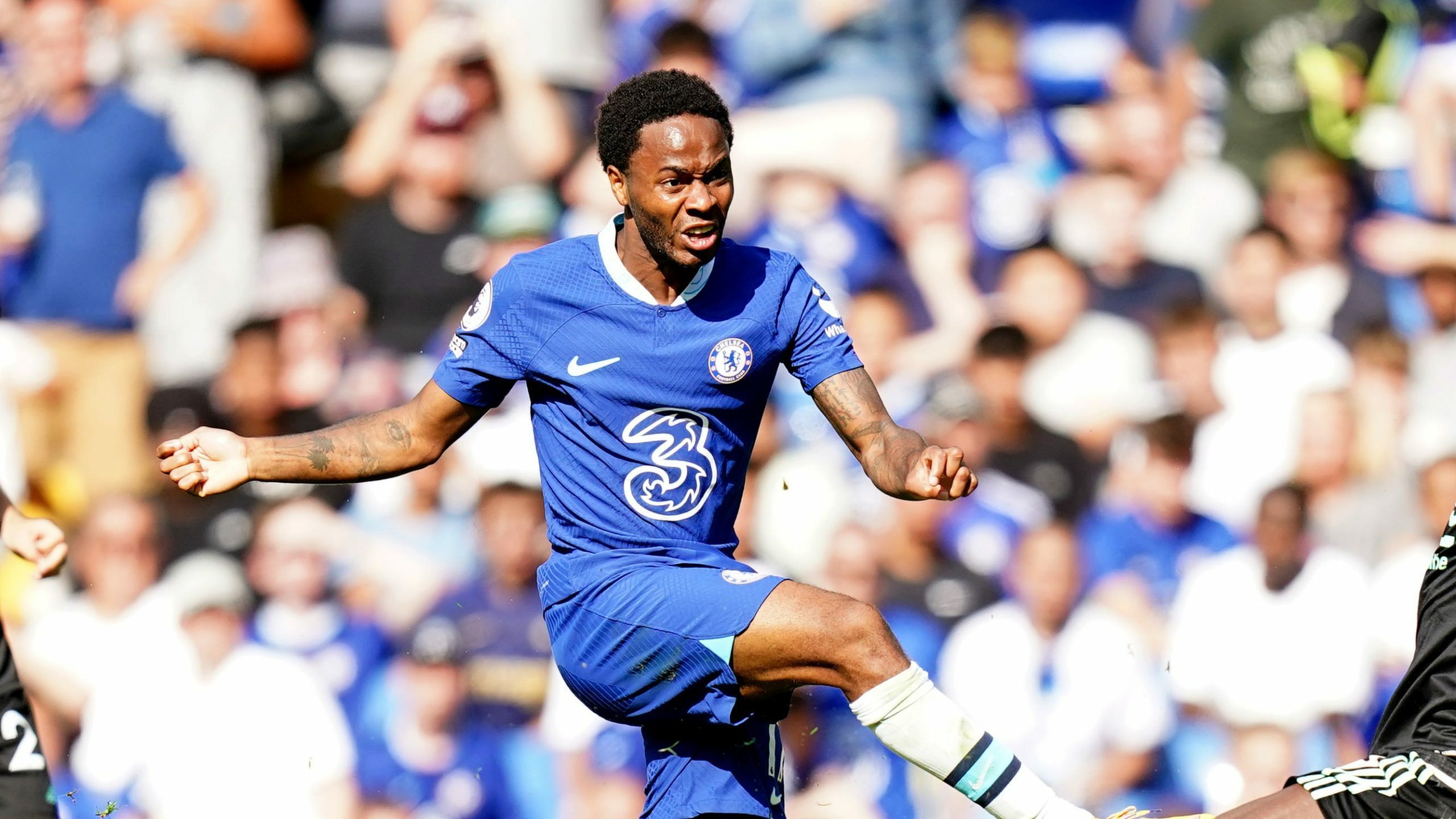 Raheem Sterling’s first goals for Chelsea gave the 10-man Blues a 2-1 victory over winless Leicester in the Premier League.

Tuchel was serving a touchline ban following his touchline confrontation with Antonio Conte in the opening home match of the season against Tottenham, while Gallagher was dismissed after being penalised for two yellow card offences on Harvey Barnes.

The Blues started brightly and – after Ruben Loftus-Cheek had seen a shot saved by goalkeeper Danny Ward – they were awarded a penalty when Loftus-Cheek went down in the box.

However, referee Paul Tierney overturned his decision after Kai Havertz was adjudged to have been offside in the build-up.

The Blues were reduced to 10 men when Gallagher, booked for an early challenge on Barnes, was dismissed in the 28th minute after receiving another one for fouling the same player as the Foxes counter-attacked.

Seven minutes before the break, the visitors thought they had taken the lead when Barnes headed home, but the effort was ruled out for a foul on Blues goalkeeper Edouard Mendy.

The hosts came close to breaking the deadlock four minutes later when Reece James struck the post with an effort from Sterling’s cross, before Jamie Vardy shot wide at the other end after good work by Youri Tielemans.

A little more than a minute after the restart, Sterling broke the deadlock with a shot from the edge of the area, after being found by Marc Cucurella.

The Blues, who introduced Cesar Azpilicueta at half-time, went from four at the back to three and looked more threatening.

They doubled their lead in the 63rd minute when Sterling tapped in James’ cross at the far post, however, the Foxes had hope three minutes later when Barnes beat Mendy at his near post to pull a goal back.

Vardy fired a shot into the side-netting and Ayoze Perez came close as the visitors sought a leveller.

However, Chelsea were able to hold on for their first home win of the campaign.