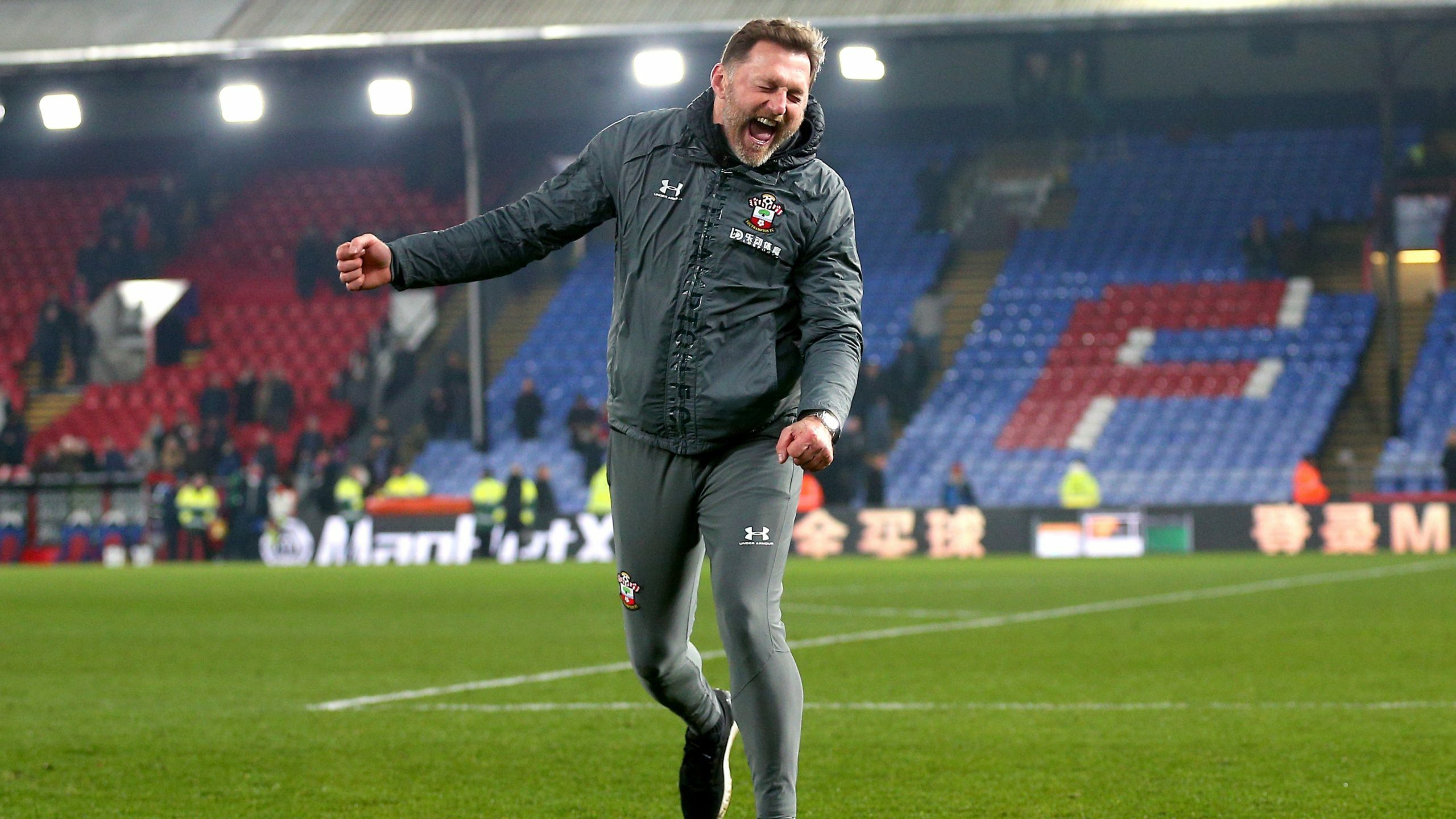 Southampton boss Ralph Hasenhuttl is confident they can continue their unbeaten run this weekend despite visiting a “very strong” Crystal Palace side.

The Austrian faced questions over his future at the start of this month after the Saints suffered four consecutive Premier League defeats.

Hasenhuttl’s team have responded strongly with battling draws at home to West Ham and Arsenal sandwiching between a 1-0 victory at south coast rivals Bournemouth.

Next up is a trip to the capital where they will face Palace, who are notoriously strong at Selhurst Park and have already beaten Aston Villa, Leeds and Wolves there this season.

Saints will head to south London with positive memories after being involved in a thrilling 2-2 draw away to Patrick Vieira’s side last season while in 2020 they claimed all three points in SE25.

“It is a team that especially at home made some good results this season,” Hasenhuttl told reporters.

“They are at home in the moment very strong and had some good results in the past. I must say a team with massive quality.

“We had some tough fights against them in the past and we know how tough it is there but we also had some good results there.

“I remember a win, I remember last year a draw and it was a good away game for us last year.”

A deserved point at home to Arsenal has maintained Southampton’s momentum and they will be boosted by the return of Ainsley Maitland-Niles for Saturday’s match.

The likes of Armel Bella-Kotchap (shoulder) and Romeo Lavia (hamstring) are also closing in on returns although this weekend will come too soon for both.

Hasenhuttl added: “With Armel, he also looks good (like Lavia).

“It could be that he starts next week to train with the team.

“He wants to try from next week on, so he could be an option for the Newcastle game (November 6) maybe.”

Tino Livramento (knee) and Kyle Walker-Peters (hamstring) are on the opposite end of the spectrum with the former definitely out until after the World Cup.

A similar prognosis is expected for ex-Spurs full-back Walker-Peters, who sustained his injury in the win over Bournemouth last week.

“With Kyle it’s not that good,” Hasenhuttl admitted.

“I think it could be he doesn’t make it to the last (pre-World Cup) game against Liverpool, so we’ll see if it’s possible or not. Low chance, I think.

“Then we have only Tino as our only long-term injury.”