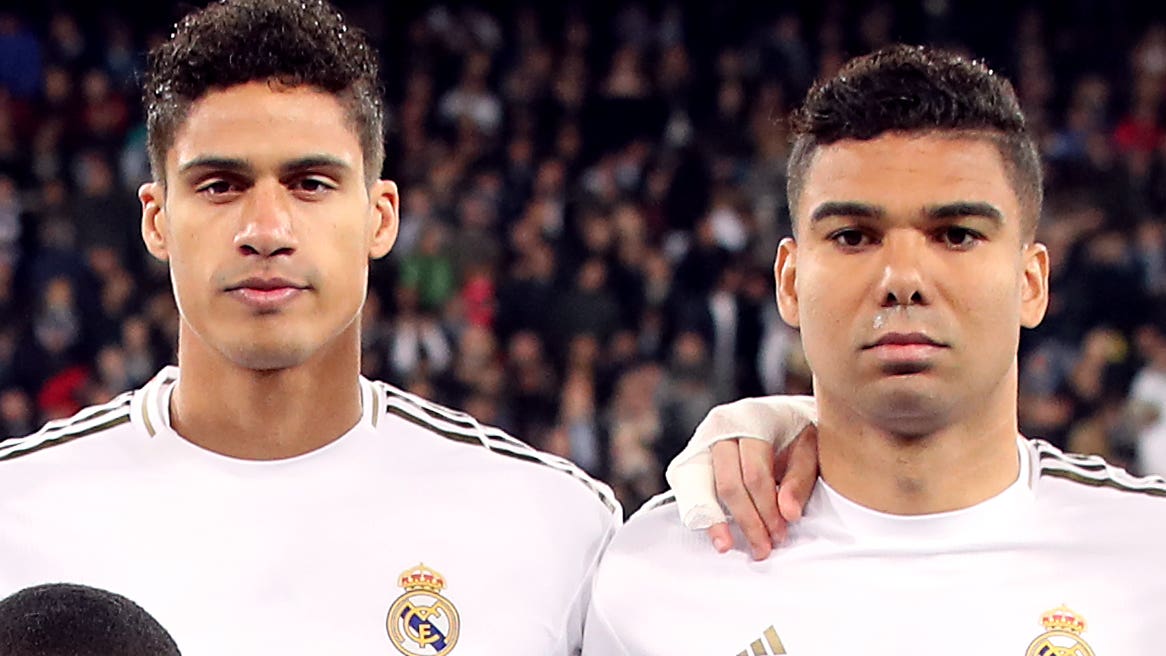 By Press AssociationAugust 23, 2022No Comments

Raphael Varane believes “warrior” Casemiro will bring important qualities to Erik ten Hag’s side after the Brazilian followed him in leaving Real Madrid for the challenge of restoring Manchester United to glory.

For the first time in many a year the Old Trafford giants will be able to call upon an elite defensive midfielder after completing the eye-catching signing of the five-time Champions League winner.

Casemiro joins United for an initial £60million fee that could rise by a further £10million in success-related add-ons, with the 30-year-old signing a four-year deal with the option of a further season.

The Brazil international was paraded on the pitch before Monday’s 2-1 win over bitter rivals Liverpool and Varane cannot wait to play alongside his former Madrid team-mate again.

“Very excited – I know perfectly his quality,” the United defender told the PA news agency. “He can bring this balance on the team and his mentality.

“He’s a warrior, so I think he will really enjoy the English football. I know him.

“I think it was a perfect night for him to meet Old Trafford because the atmosphere was absolutely amazing, and he brings a victory so it’s nice.”

Varane did not see Casemiro before or after Monday’s match but says he has remained in close contact since swapping the Bernabeu for Old Trafford last summer.

The pair enjoyed a medal-laden time together in Spain and the defender understands better than anyone why the Brazil midfielder would leave the Champions League holders for United’s rebuild.

“He doesn’t need my help to make his choice,” Varane said. “I know exactly what he feels and why he’s coming here after what he lived in Madrid.

“He needs a new challenge. I know exactly why he chose this club.

“It’s a similar process that I had so obviously I wish him the best and I’m speaking with him a lot, but he didn’t need me to make his choice.”

Varane and Casemiro are not the only former Madrid stars at Old Trafford, although it remains to be seen whether Cristiano Ronaldo stays beyond the transfer deadline.

Dropping the frustrated 37-year-old to the bench on Monday was one of a number of bold moves taken by manager Ten Hag that paid off against Liverpool.

Bringing in Varane for captain Harry Maguire was another and the World Cup-winning France defender shone at the heart of defence alongside Lisandro Martinez on a special night.

Asked if it was his best moment since joining United, he said: “Yes, I really enjoyed it on the pitch – the atmosphere, the spirit of the team.

“I came to England to feel these emotions after everything I left in Madrid, and this feeling was amazing. Absolutely amazing.

“The crowd, the fans and the fight on the pitch was amazing.

“We know the potential of the team. But (on Monday night) we really needed a proud reaction in front of our fans. It was absolutely necessary.

“I hope it’s the real starting of the season (for us) because the two first games the mentality was not good enough. We have to fight like we fought (against Liverpool).

“We know what we can do but we did it (on Monday) and I hope we keep pushing like this.”

United’s response was as impressive as it was surprising given their meek 2-1 season-opening home loss to Brighton was compounded by the 4-0 humiliation at Brentford.

“It’s difficult to explain why but we didn’t start the games with the same intensity, with the same fighting spirit,” said Varane, who was named on the bench for both of those matches.

“We had the motivation but it’s difficult to explain why it was starting with this low energy.

“(On Monday) we showed a great control. It was a mature performance.”

Varane praised defensive partner Martinez for his “determination, motivation” and “fighting spirit” on an evening when he too was able to show his true qualities.

The 29-year-old endured an injury-interrupted first campaign at Old Trafford but an individual pre-season training plan has helped him get into top shape.

“I feel very good,” Varane added. “I was ready for the start of the season, but I didn’t start so I had more time to keep building the fitness.

“We know how demanding the Premier League is, so I work a lot to be fit, to be ready.

“I have demonstrated in the past what I can do when I’m fit, so that’s my focus for this season. I really want to help the team.

“Some moments in the last season was frustrating so I really enjoyed (Monday night) because I know the (journey) was not easy. That’s it. I know I need to be fit to enjoy.”