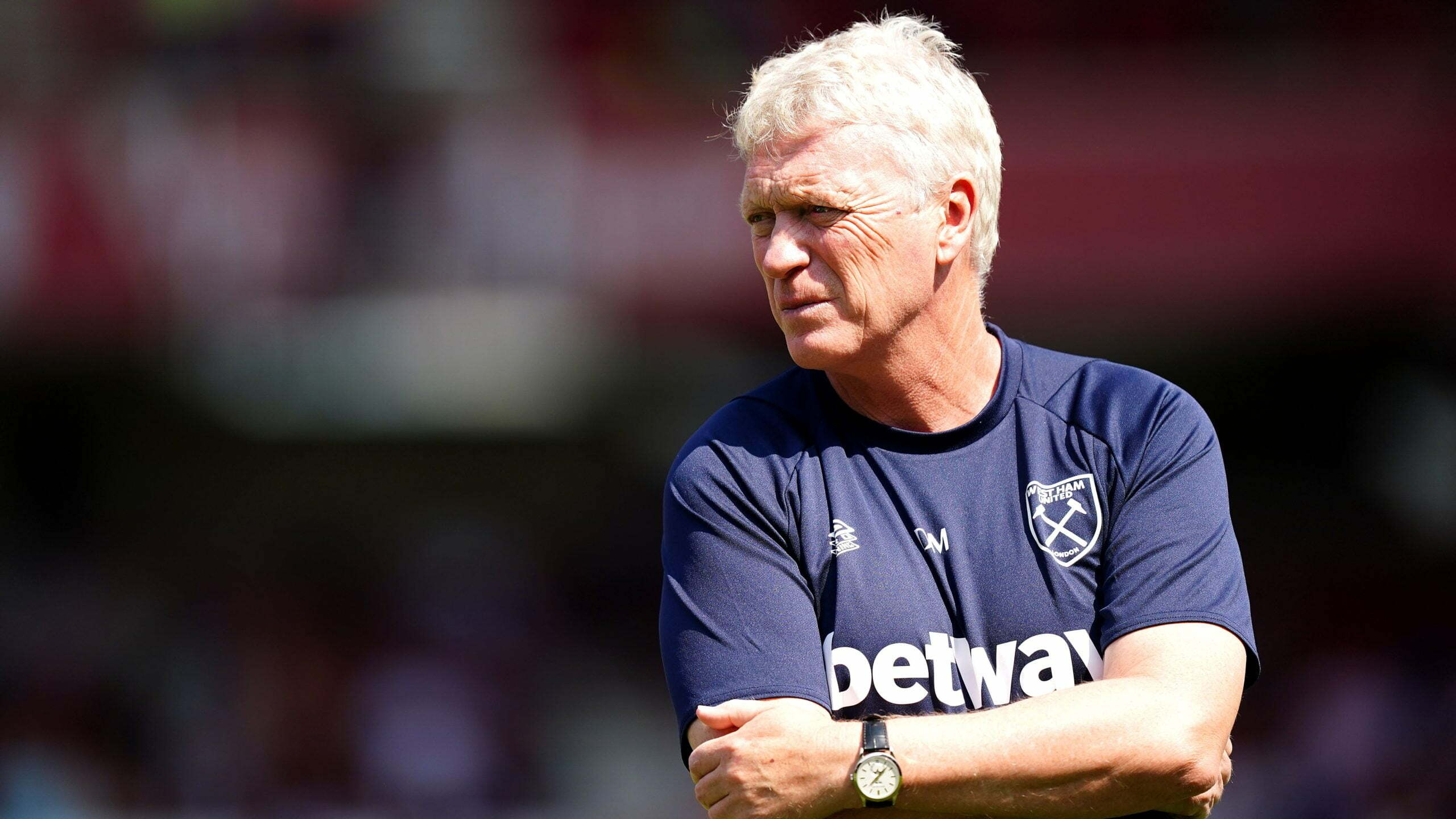 West Ham boss David Moyes knows his side cannot afford to be playing catch up for much longer as they look to get their first Premier League points of the new campaign.

The Hammers were beaten 2-0 at home by champions Manchester City on the opening weekend before losing 1-0 at newly-promoted Nottingham Forest – hitting the woodwork twice as they pressed for an equaliser during the second half.

After getting a first victory of the season with a 3-1 win over Danish side Viborg in their Europa Conference League play-off on Thursday night, Moyes is hoping to build some momentum when they host Brighton on Sunday.

“Our aim is to keep going. We want to be challenging the boys at the top and we know that we’ve got to get off the mark and get started – so let’s hope we can do it on Sunday.”

West Ham have not beaten Brighton in their previous 10 Premier League games, and lost 3-1 at the Amex Stadium on the final day last season.

Graham Potter’s side following up their shock 2-1 win at Manchester United by holding big-spending Newcastle to a goalless draw.

Moyes knows the Seagulls will prove a tough opponent once again.

“The challenge is good,” Moyes said at a press conference. “From their point of view, they are a good team with a manager who is doing very well.

“But we finished above them last year in the league, so we have to go and show that we are good enough and will aim to do that again.

“We have had tough games against them, so I have no doubt it will be another tough one.”

Moyes is hopeful of adding more additions before the transfer window closes, with West Ham linked to Chelsea defender Emerson.

“We have seen a few players, but we are still looking and still trying to add to it,” said Moyes.

“We have done a lot of bidding for players, but not quite always got them – but we have been active in the market, that’s for sure.”