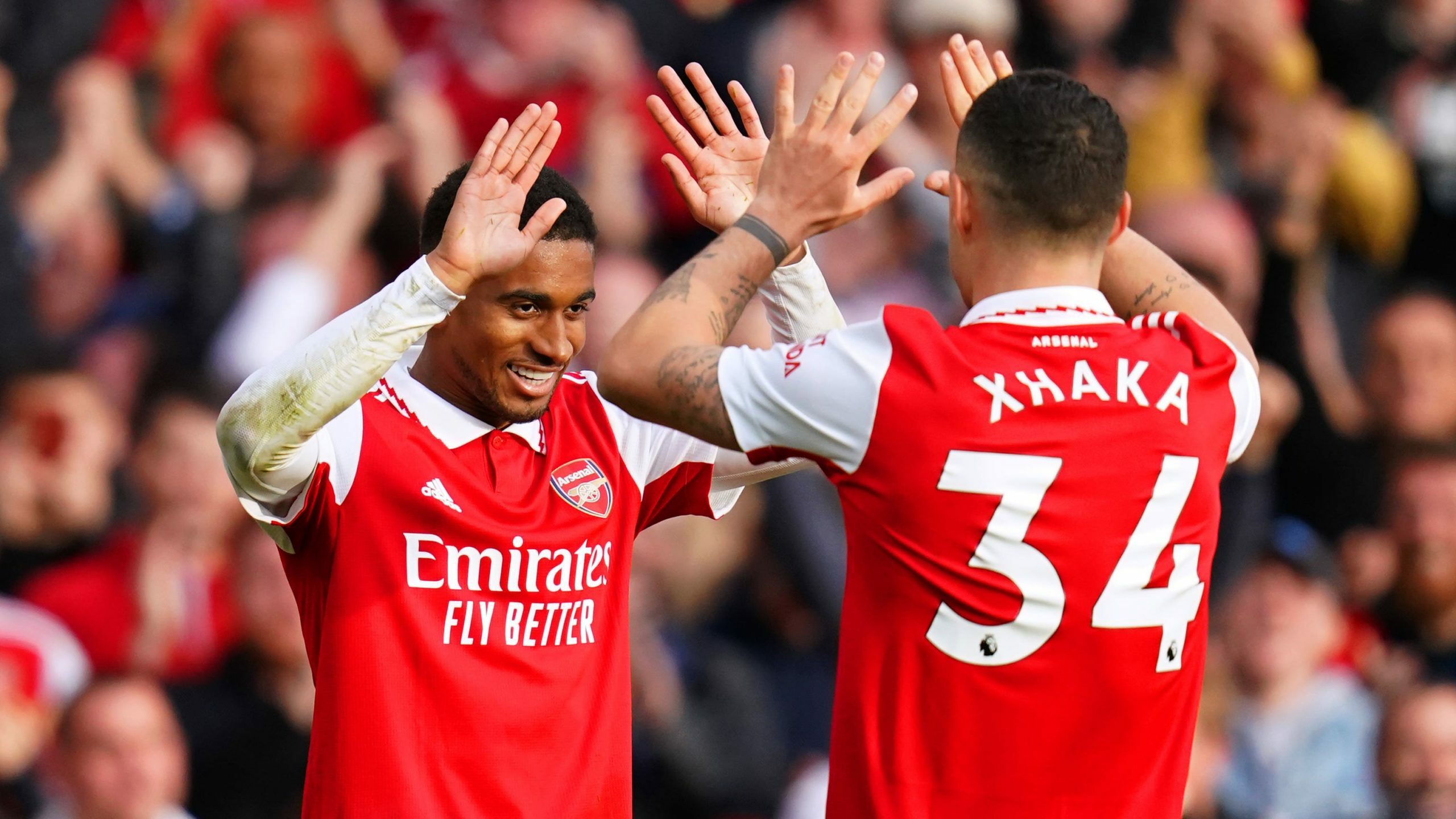 Arsenal returned to the top of the Premier League in style as forgotten man Reiss Nelson came off the bench for the injured Bukayo Saka to score a brace in a 5-0 win against Nottingham Forest.

England forward Saka seemed to take a knock in the opening minute but still teed up Gabriel Martinelli to break the deadlock, later limping off to be replaced by Nelson, who scored twice in three minutes before assisting Thomas Partey as captain Martin Odegaard wrapped up the win.

Nelson had not scored a Premier League goal in 837 days since getting on the scoresheet in a win over Liverpool, but it was an impact that settled the home crowd after Arsenal had earlier failed to build on a strong start.

After losing to PSV Eindhoven in the Europa League on Thursday night, Mikel Arteta somewhat surprisingly reverted back to the starting XI that was held to a 1-1 draw at Southampton a week ago.

Some of his players seemed to tire in that game, but here they put to the sword a Forest side showing just one change from their shock 1-0 win over Liverpool.

Arsenal made the most of a lively opening as Martinelli stooped to head in a pinpoint Saka cross after five minutes.

The Arsenal players celebrated by holding up a shirt with Pablo Mari’s name and number on the back after the defender – currently on loan at Monza – was stabbed in a Milan supermarket last week.

Arsenal were well on top and came so close to a second, only for Renan Lodi to clear Martinelli’s effort off the line.

But the Gunners were not having everything their own way. Saka had taken a knock early on and having tried to play on, was forced off before the half-hour mark as Nelson replaced him.

The change seemed to give Forest fresh impetus as they enjoyed a couple of rare forays into the Arsenal half and almost levelled as Gabriel Magalhaes gifted possession to Jesse Lingard, whose shot was bravely blocked.

The game changed after the break, with Nelson taking centre-stage on his first Premier League appearance since the opening-day defeat at Brentford last season.

He doubled the lead with a finish high into Dean Henderson’s net after the England goalkeeper had done well to keep out Nelson’s initial effort.

The points were secured just three minutes later. Nelson scored again as he turned home Gabriel Jesus’ cross before laying a pass into the path of Partey, who finished superbly from outside the box to make it four.

Arteta took his opportunity to rest a number of other key personnel as William Saliba, Granit Xhaka and Martinelli were all replaced before Odegaard latched onto a Jesus pass to score the fifth.

That proved to be the last of the goals, with Arteta probably as happy at keeping a first home Premier League clean sheet since March as he was at the clinical display at the other end of the pitch.