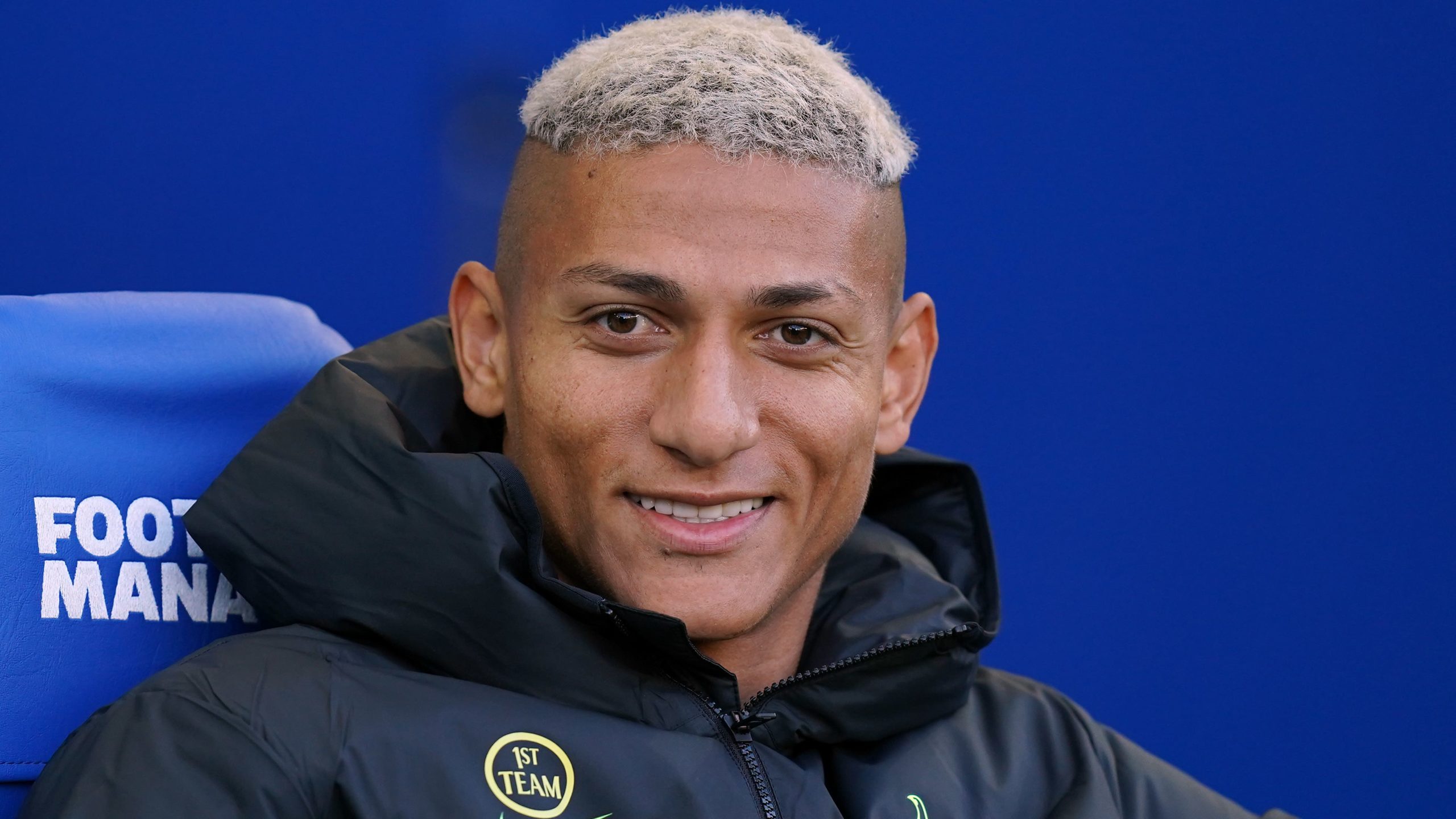 Tottenham manager Antonio Conte has put to rest fears Richarlison could miss the World Cup by confirming the forward is expected to be fit to feature in the tournament next month.

The Brazilian sustained a calf injury during the second half of Saturday’s 2-0 win over Everton and left the ground on crutches.

Richarlison gave a tearful interview post-match where he conceded his World Cup dreams could be over but his club boss provided a positive update on the 25-year-old when previewing Wednesday’s trip to Manchester United.

“No, absolutely not. No, I can confirm this, that the player is not risking to not play at the World Cup,” Conte said.

“It’s an injury but not so serious. He has a problem in his calf. I think he needs a bit of time to recover and then to be fit. I hope for him to play other games with us before the World Cup but for sure the injury is not so serious.

“I’m happy for the player because to play in the World Cup is the dream for every single player and for this reason I am happy for him. Also we’re talking about a player that when he goes to play he gives you everything.”

While Conte confirmed Richarlison will definitely miss out on the clash at Old Trafford, he was more coy on Dejan Kulusevski, who has not played since last month due to a hamstring injury.

He added: “Kulusevski is working. We will see, we will see. We have to go day by day with him and the medical department are working a lot to try to recover him but we don’t know for the game against United.”

The trip to Old Trafford begins a critical seven-day spell for Tottenham with a home league fixture against Newcastle to come on Sunday followed by a Champions League tie with Sporting Lisbon next Wednesday when victory for the hosts would confirm their place in the last 16.

Due to the significance of the upcoming matches, Conte remains relaxed about his own contract situation, which runs until the summer, but Spurs do have the option to extend it by a further 12 months.

“No, I think my contract is not, in this moment, important,” he insisted.

“The most important thing is to try to prepare for the game very well for the period, especially the next three games.

“We have to play United away, against Newcastle, who yesterday played an amazing game at Old Trafford and then we have a big match against Sporting Lisbon. I think for now we have to be focused and to have all our concentration on these three games.

Spurs are set to face former player Christian Eriksen this week and Conte worked with the Denmark international at Inter Milan.

It led to speculation Eriksen could return to N17 after he left Brentford at the end of last season, but he instead decided to join Manchester United on a free transfer.

Conte admitted he would have been open to working with the midfielder again, adding: “For sure, Christian is a player, I enjoy to work with him.

“He’s a player that I would like to train with again, to have in my squad. But you know very well, the transfer market is very difficult.

“And I think he made a big choice, a big choice to go to United, to sign for three years of contract. For him, I wish the best for him, for his family.”