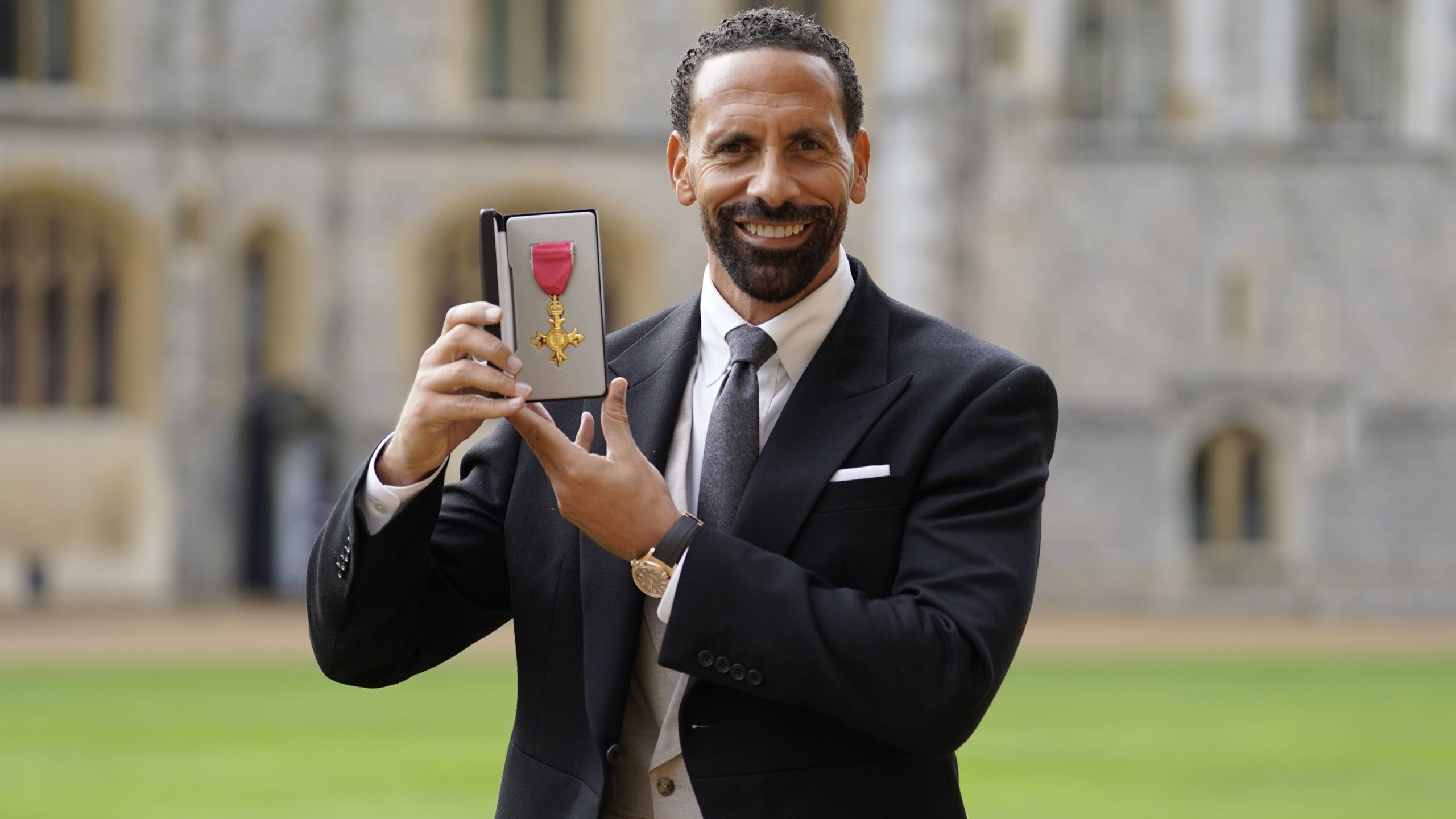 Former England captain Rio Ferdinand said he felt a responsibility to use his position for “positive change” after being awarded an OBE for tackling social problems facing the nation’s youth.

Ferdinand, who was also recognised for an illustrious career with Manchester United, has devoted much of his retirement from football working to tackling racism and a lack of social mobility.

He won 81 England caps and made 455 appearances for United during his playing career, winning six Premier League titles, one Champions League and two League Cups.

Ferdinand once had aspirations to become a football manager but the television pundit joked he had escaped the stress-induced grey hair of coaches after his plans did not work out.

Speaking after the Prince of Wales awarded him an OBE during an investiture ceremony, Ferdinand said: “I’ve got a platform because of football but it’s about using that and utilising that in the right way so it can impact other people, which has always been the drive for me.”

Joined at Windsor Castle by his wife Kate and father Julian, he added: “I felt a responsibility to do that, especially as I got further in my career and you have the ability to influence people and using those platforms for positive change.”

He won a Bafta and plaudits for hosting the BBC documentary ‘Rio Ferdinand: Being Mum And Dad’ about coping with the loss of his former wife Rebecca in 2015 to breast cancer and looking after their three children.

While still a footballer he established the Rio Ferdinand Foundation, which states on its website it aims to help youngsters from working class areas in “tackling racism and inequality, and providing opportunities and pathways to deliver social mobility and realise personal potential”.

He stressed that providing opportunities is “the key” and “nothing was to be given on a plate, you still have to earn it”.

He said that in his late 20s he started preparing for a life outside football and began exploring different interests, including media work, charitable aims and business projects.

Aspirations to manage a club were also part of his aims at the time, but he added: “Obviously management I was thinking about doing that as well – never materialised because of personal reasons.

“The media stuff has been really good, keeps you in touch with the game and all the young players coming through – I’m still part of the furniture of football which is great and obviously my passion.”

The ex-defender, who has worked as a pundit for BT Sport, joked: “That’s the best part of it for me, I still stay in the game but I haven’t got the pressures and I’m not losing my hair or going grey like some of the managers.”