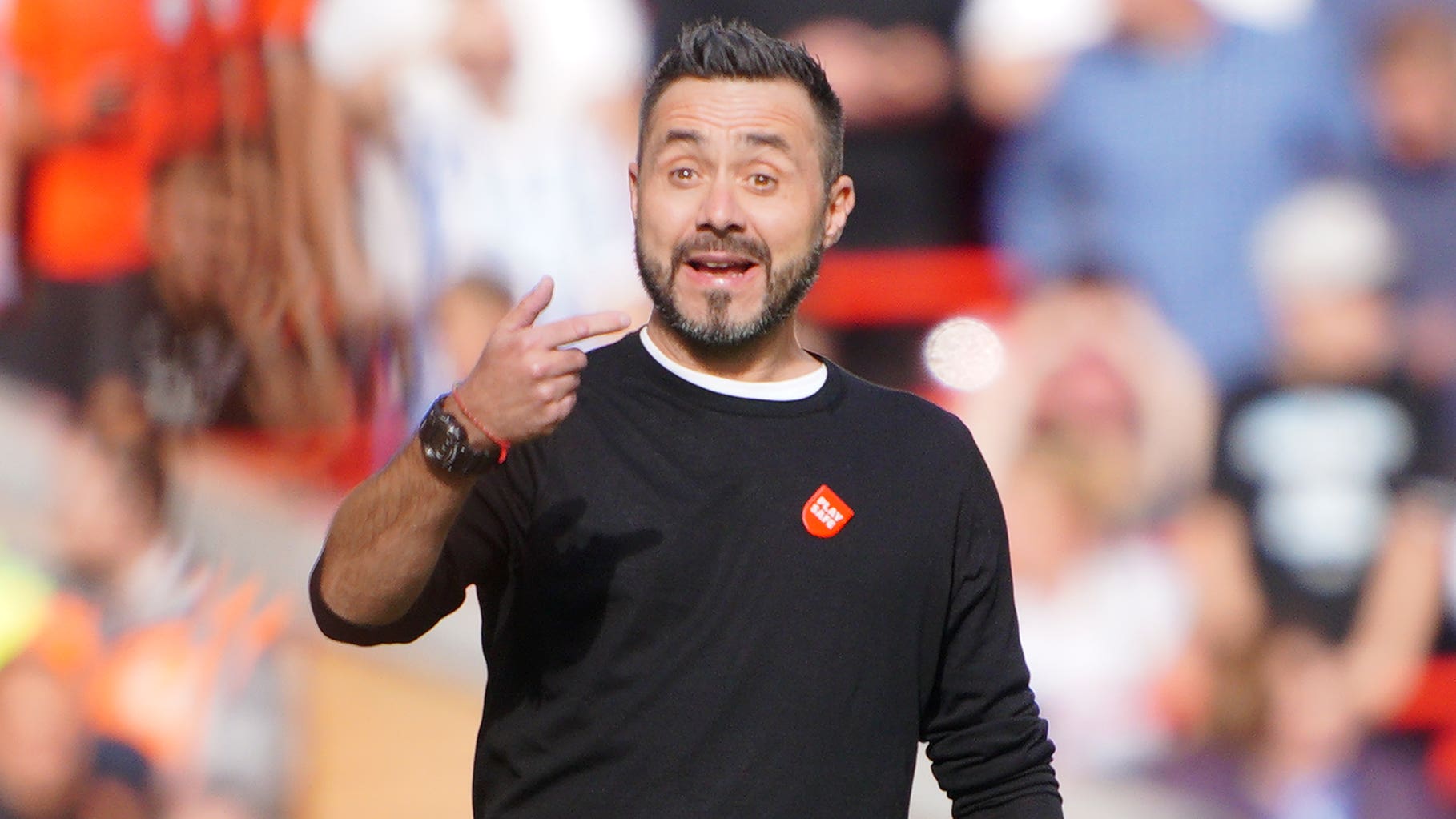 By By Jim van Wijk PAOctober 7, 2022No Comments

Brighton head coach Roberto De Zerbi insists his team must play with courage and bravery as they prepare to host Tottenham in the first home game of a new era.

The Italian will be in the Amex Stadium dugout for the first time since succeeding Graham Potter, who left to take up the Chelsea job.

Having last weekend overseen a creditable 3-3 draw at Liverpool, where they led 2-0 and Leandro Trossard scored a hat-trick, De Zerbi will be looking to maintain upward momentum against Spurs.

The former Sassuolo and Shakhtar boss feels it will not be long before his message starts to filter through in performances on the pitch.

“I never speak about the result, but my teams always play with courage and braveness,” De Zerbi said.

“I want my team playing to make the game with personality and the right mentality to build the right condition to win the game.”

De Zerbi told a press conference: “It is a difficult moment for a lot of things, for the language, for the new staff, the new team, for the new ideas.

“I would like to put more ideas in, but I don’t want to change that much, but of course I want to put my hand (on the squad).

“If (owner) Tony Bloom and (chief executive) Paul Barber have chosen myself, it means they want to see the team playing with my idea of football.

“At the same time you have to deal with not changing too much, but also how to put my ideas on top.”

De Zerbi feels Spurs have the squad depth to challenge for the top honours.

“I think Tottenham are in the right condition to win the Premier League,” he said.

“It’s not easy, because there’s (Manchester) City, Liverpool, Chelsea, but in the transfer market they bought very good players and after one year to work with Antonio (Conte) I think they are able to win the Premier League.

There will be a minute’s applause ahead of Saturday’s match in memory of highly-respected Italian fitness coach Gian Piero Ventrone, who died at the age of 61.

“We are very sad for this loss. Some of my assistant staff knew Gian Piero. We are sorry for him, for Antonio and his staff and for the family,” said De Zerbi.

“It was a very bad news for Tottenham, but also for people who work in our football world.”