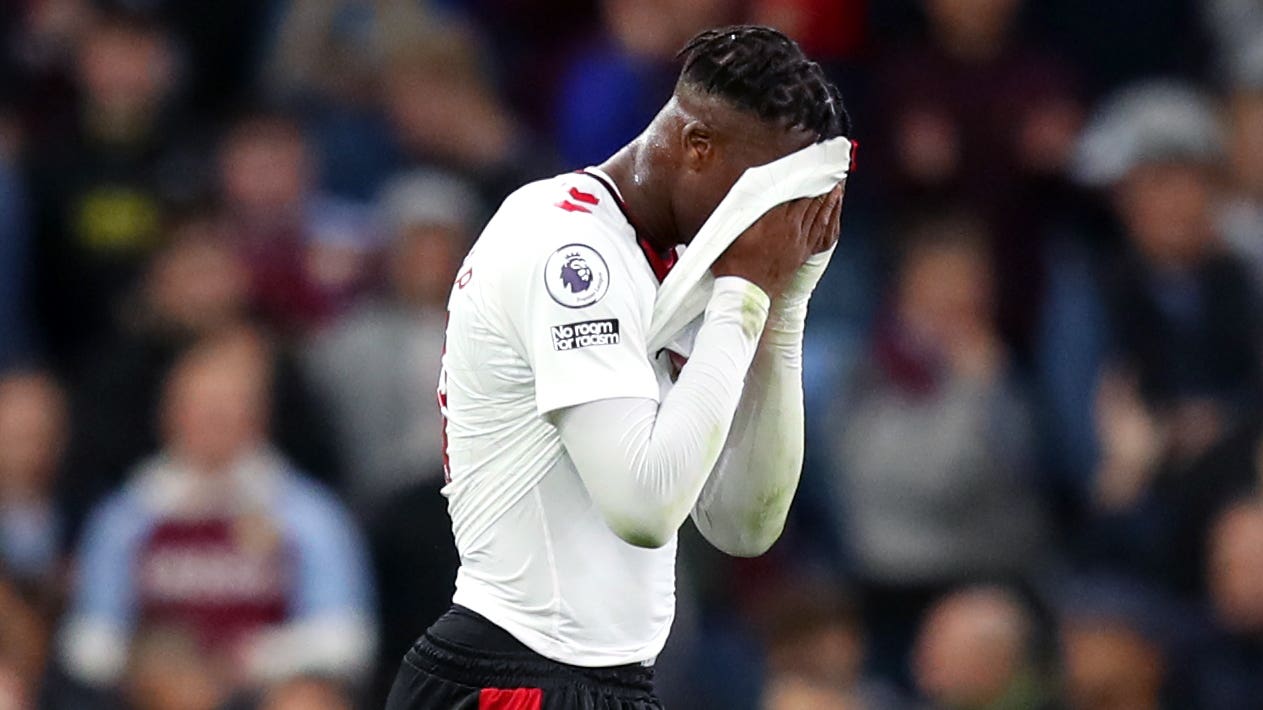 Southampton defender Armel Bella-Kotchap says he is “all good” after suffering a dislocated shoulder against West Ham.

Saints are waiting to determine the extent of the damage the 20-year-old Germany international suffered in Sunday’s 1-1 Premier League draw.

Boss Ralph Hasenhuttl confirmed: “It’s a dislocated shoulder. It can be everything from playing on Wednesday to eight weeks (out).

“If he is out, it would be as damaging as the injury to Tino Livramento or Romeo Lavia. He is an important player.”

The worst-case scenario would mean Bella-Kotchap missing out on the World Cup in Qatar.

But he wrote on Instagram: “Thank y’all for your messages, I really appreciate it. I’m all good! Coming back stronger!”

Under-pressure Hasenhuttl was given a bit of breathing space after his side ended a run of four straight defeats.

But they could not hang onto the lead Romain Perraud controversially gave them with Declan Rice scoring West Ham’s equaliser.

Hasenhuttl’s future will still be under scrutiny when Southampton head along the south coast to face Bournemouth on Wednesday.

“For us, it’s a Premier League game and an important one,” he added.

“We go there knowing they are in good shape at the moment, but we go there like we have always gone in the past, with all the belief in what we are doing to make it a good evening for us.”

Hammers boss David Moyes was angry with the officials for allowing Perraud’s goal to stand after referee Peter Bankes inadvertently obstructed Jarrod Bowen, and for not giving a penalty when Perraud wrestled Tomas Soucek to the floor.

But one bright spot was seeing Rice back among the goals with his first in the Premier League in almost a year.

“He can do that, Declan, and I hope he can do it more often,” said Moyes.

“It’s a really good finish so I’m pleased because he’s a really big player for us and hopefully he can keep adding some goals to it.”