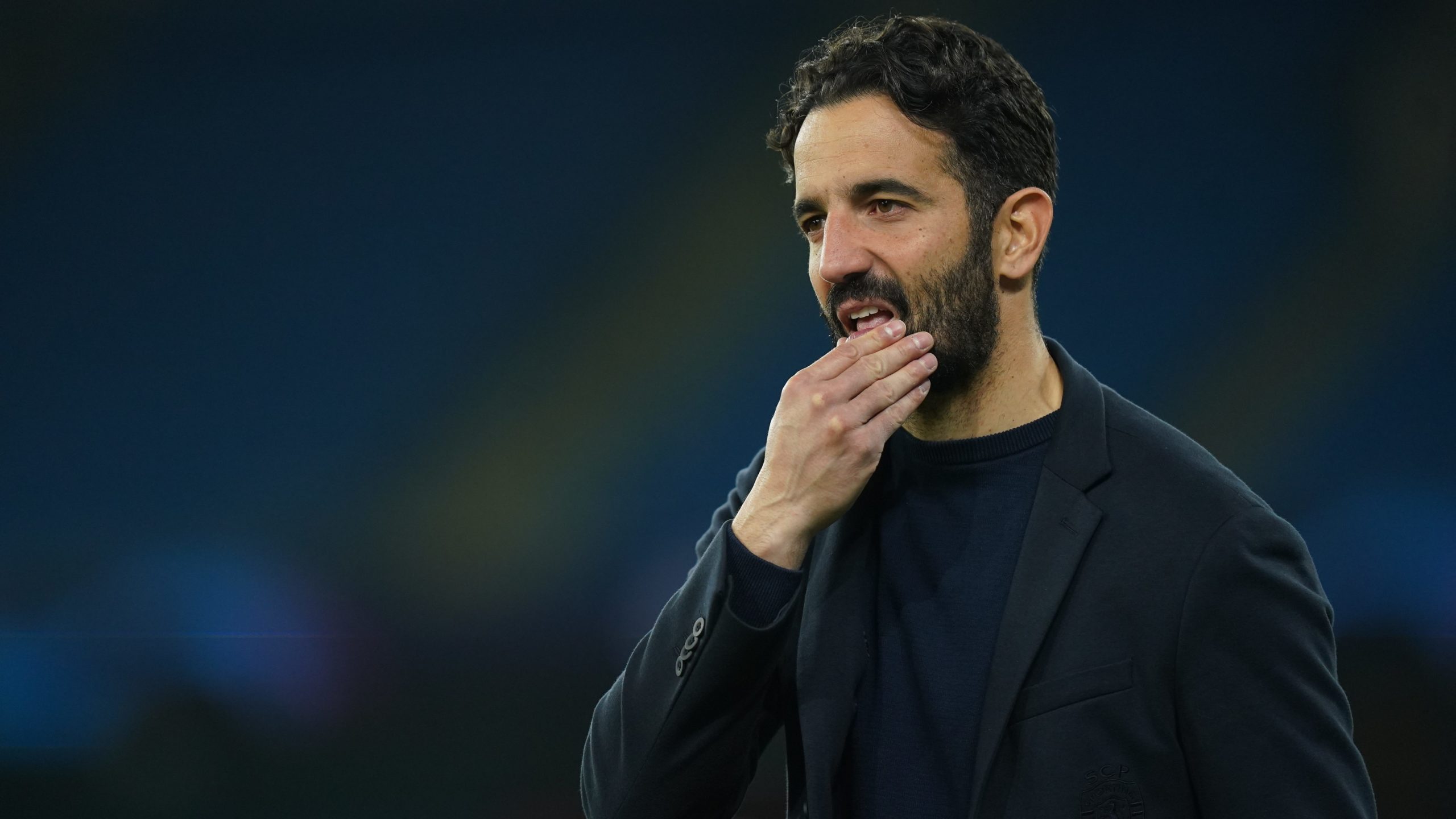 Sporting Lisbon boss Ruben Amorim has refused to be drawn on the Aston Villa job.

The 37-year-old is a contender to replace Steven Gerrard after he was sacked following Thursday’s wretched 3-0 defeat at Fulham.

Amorim guided Sporting to their first Portuguese league title in 19 years last season and is one of Europe’s hottest managerial properties.

Villa, out of the Premier League relegation zone on goal difference, would have to pay a huge sum to take him from the Jose Alvalade Stadium but Amorim has remained tight-lipped.

“In relation to other clubs, I am Sporting’s coach and there is nothing to say on the matter, once again,” he said, ahead of Sporting’s game with Casa Pia on Saturday.

Meanwhile, Liverpool manager Jurgen Klopp expects Gerrard to come back stronger from his sacking at Villa – but hopes he takes some time away from the game first.

Having guided Villa to 14th last season, the ex-Rangers boss – who has been tipped as a Liverpool manager-in-waiting due to his long association with the club – paid the price for a run of just two Premier League wins from 11 games this term.

“I am sure he will come back from that,” said Klopp.

“We had a little exchange this morning but nothing too deep. Not a long conversation.

“I can imagine it’s disappointing for him because of the visions he had and the things he wanted to achieve at Aston Villa. It is obviously not cool.

“But I don’t think we have to worry now about Stevie. He said himself yesterday, he knows the game long enough and these things can happen.

“How it is in life, we all get knocks here and there and it’s all about how you respond.

“He always came back and he will come back from that, no doubt about that.

“A lot of great managers out there had to leave their previous clubs for different reasons, some of the best did that – quite recently – and showed up somewhere else and learned from it, found a better situation.

“He will be back, 100 per cent, but now I hope he takes a bit of time as well because since he finished his (playing) career he is pretty much working all the time, so maybe use it now a little bit for himself to recharge.”

Former Tottenham boss Mauricio Pochettino and ex-Chelsea manager Thomas Tuchel have been touted as early but unlikely contenders to come in.

Gerrard’s former team-mate Jamie Carragher said the sack would not have come as a surprise to his close friend.

“I spoke to him a few days ago about the upcoming games and he’s not daft, he knows the situation,” Carragher told Sky Sports News.

“When you go into management, you know the price on the ticket – and if results are not right or whether the players are letting you down or not performing, it is the manager that carries the can.

“I’m really not sure if Stevie would go back in or wait 12 months. It will be really interesting.

“That’s not what I have spoken to him about, whether he wants to be a manager for the next 20 years or he will pick certain jobs that will appeal to him.

“Whether Stevie would drop down to the Championship I am really not sure.”

Gerrard had replaced Dean Smith, who was sacked in November 2021, and will now regroup as he mulls over his next step on the managerial merry-go-round.

First-team coach Aaron Danks is set to take charge of the team for Sunday’s match against Brentford at Villa Park.

Villa chief executive Christian Purslow said: “The board has come to this decision following a full evaluation of results and performances over the calendar year.

“We were clear when we appointed Steven that we set an objective of continuous improvement, but that has not been achieved despite everybody’s best efforts and we believe the time is right to make these changes now.

“The process of appointing a new head coach is underway and we will update supporters as soon as possible.”