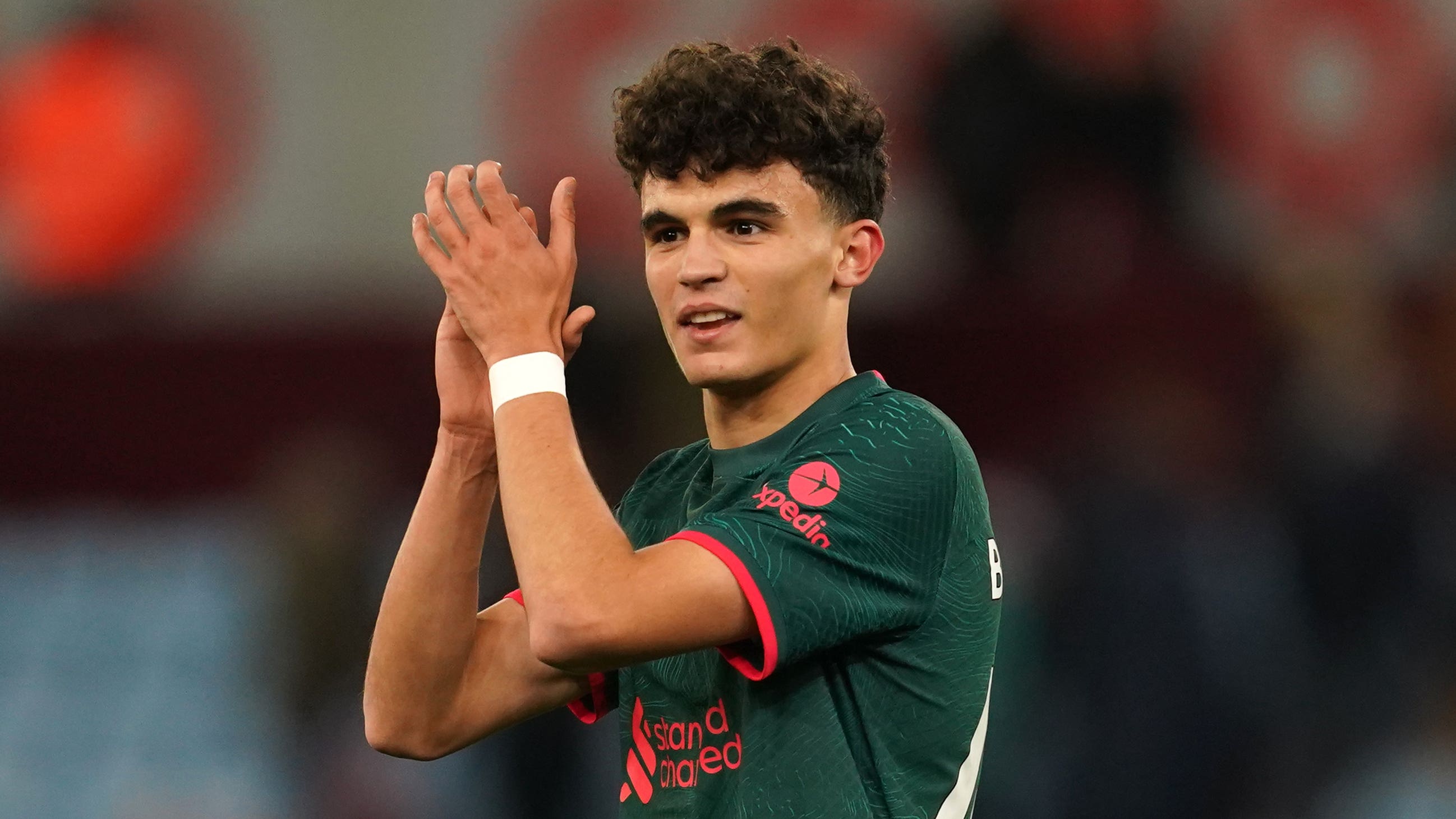 Stefan Bajcetic admits surprise at his rapid rise at Liverpool

By By Carl Markham PAJanuary 25, 2023No Comments

The 18-year-old made his first Premier League start in last weekend’s goalless draw at home to Chelsea in only his 10th appearance.

He made his debut as a 70th-minute substitute in August’s 9-0 win over Bournemouth and his first Champions League outing a fortnight later before returning to the Under-23s for a couple of EFL Trophy games, while still remaining in and around Klopp’s squad.

He scored at Aston Villa on Boxing Day and having impressed in last week’s FA Cup third-round replay at Wolves was retained in the team for Chelsea, with Klopp keen to inject more energy into a midfield which has looked lacklustre all season.

“I’m a little bit surprised to be fair. Last season I was playing Under-18s,” Bajcetic said.

“It (starting against Chelsea) gives me massive confidence. I’ve been training hard and trying to improve throughout the whole season.

“I’m just trying to get the opportunities and when I get them, play good.”

Despite his age, Bajcetic clearly retains the faith of Klopp and looks likely to start again this weekend at Brighton in the FA Cup as Liverpool return to the scene of what the manager called the worst performance of his managerial career earlier this month.

Klopp has praised the “massive steps” the teenager has made and admitted it would have been unfair to leave him out for bigger names like Fabinho and Jordan Henderson after his display at Wolves.

“He always tells me to do what I do in training, (but) in training you are more confident because you are not in front of 60,000 people,” Bajcetic added.

“It sounds small but it makes a difference to tell me that.”

The youngster has also been learning the ropes from the vastly-experienced Thiago Alcantara, presenting a nice symmetry as the pair’s fathers once played alongside each other at Celta Vigo – the club from which Spaniard Bajcetic joined Liverpool in December 2020, originally as a centre-back.

“He makes everything a bit easier,” Bajcetic said. “He talks to me a lot, in Spanish as well. He gives me confidence and is always trying to help me. I am very thankful to him for that.”