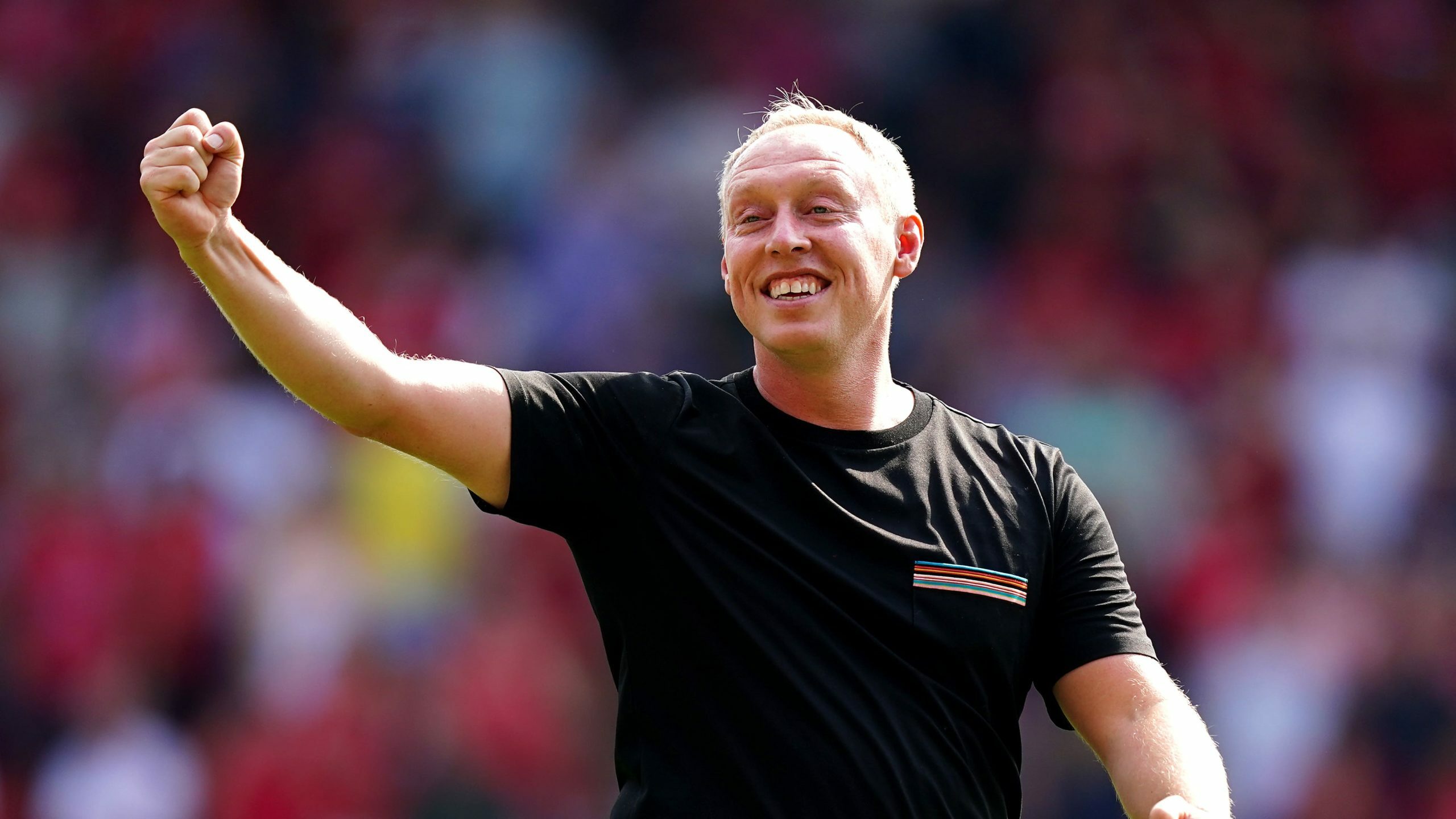 Steve Cooper is pleased his new contract at Nottingham Forest can end speculation about his future.

Cooper was reported to be facing the sack earlier this week after a run of five successive Premier League defeats following promotion last season, but he has now tied his future to the club with a new deal until 2025.

His existing deal was due to expire in the summer and Cooper always insisted that signing a new one was never a priority.

But after a recent board meeting where it was decided the Welshman would carry on in his role, he has put pen to paper on a contract that gives him extra security and should put an end to immediate speculation about his position.

“It is good that there is clarity to my contract situation because I know there have been a lot of questions over the last few weeks and months so it puts an end to them,” he said.

“Everyone who knows me knows how much I have loved and am loving my time at Forest, everyone knows how important it is to me.

“If I am being really honest, my real focus is about winning a football match. Obviously we are on a poor run of form, let’s not hide away from that. That is the thing that is in my mind more than anything.

“It puts clarity on speculation. No one had ever questioned how much I love it here and want to be here, that has never been in question. If there is talk about that it can stop. It doesn’t mean we are going to win the next match and everything is going to be OK.

“It has put an end to the questioning and that is great.”

The 42-year-old was the man to finally deliver Premier League status back to Forest after a 23-year absence. He took over from Chris Hughton in September 2021 when they were bottom of the Championship and led them to Wembley glory in the play-off final in May.

But it has been a difficult return to the top flight as an eye-watering 23 summer signings have taken time to gel and Monday’s 4-0 defeat at Leicester left them bottom of the table.

It was after that defeat that Cooper’s position looked to be in peril, but he now appears to be safe for the time being.

The Welshman insisted he never listened to speculation and his conversations with the owners have been “normal”.

He added: “Rightly or wrongly, I am not a media follower. I am probably not as informed as what has been said or not said as much as everyone else, but internally there have only been normal conversations.

“We were obviously disappointed after Monday’s game with the performance and the result. The conversations we have had with the owner and the chief executive have been around that. They have been normal, wider issues that have been reported. I can’t say I have been in any conversations like that.”

Cooper has always had the support of the fans, who have protested against any possible sacking, and the boss has vowed to pay them back.

“My main message, being a leader is about dealing with difficult times,” said Cooper.

“I want them to see that I am going to be the guy standing at the front and be the guy that people look at first.

“And in this difficult time I and my team are going to work harder and be hungrier than before because that is the least these supporters deserve.

“Incredible support from the fans, which makes me even hungrier to do well.”