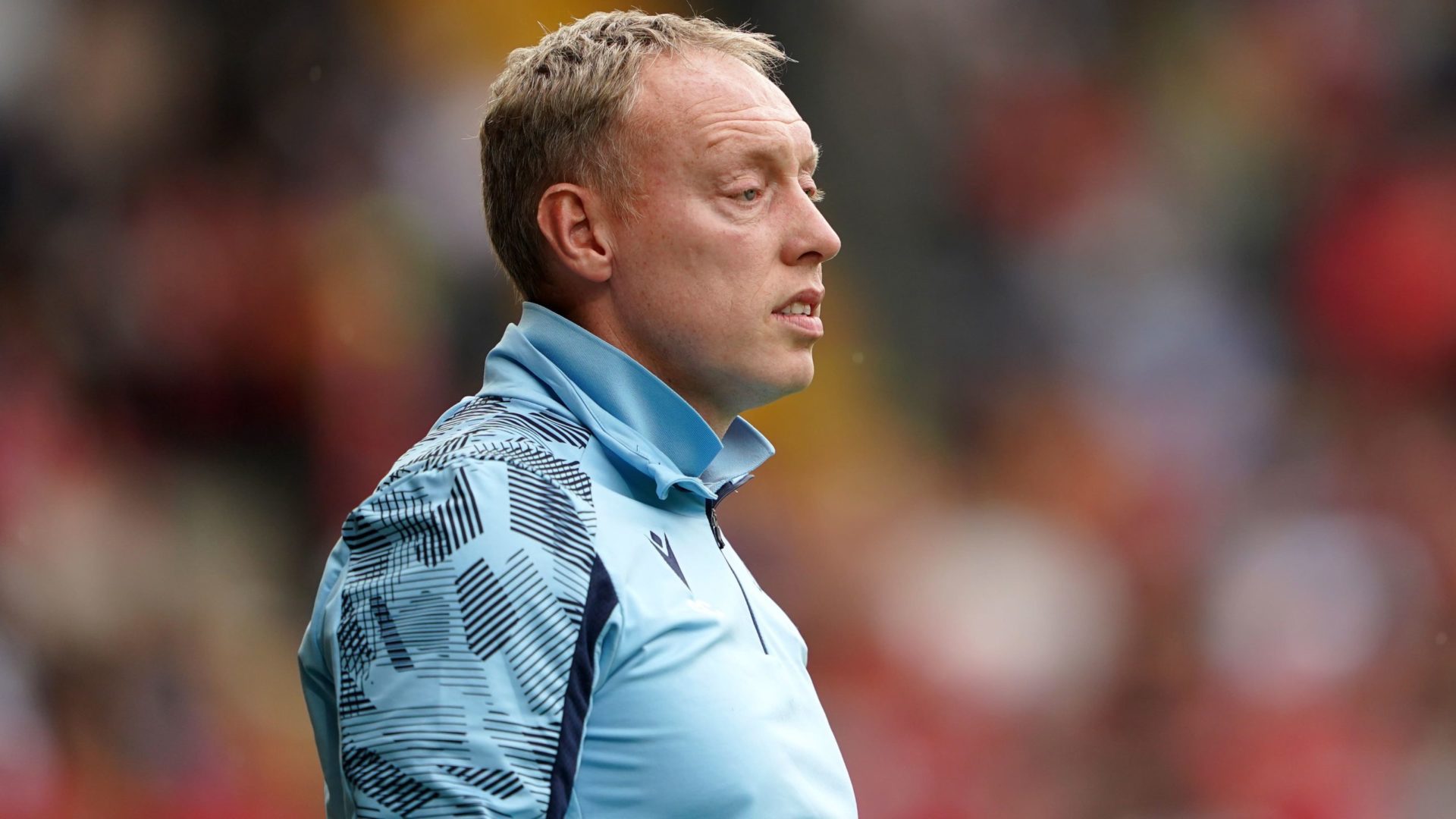 Nottingham Forest boss Steve Cooper is relaxed about his contract situation as he prepares to lead his team back into the big time.

Cooper’s stock has gone through the roof since taking over at the City Ground last September, taking them from the bottom of the Championship to the Premier League for the first time in 23 years.

He is into the final 12 months of his current deal but insists his mind is not focused on his long-term future ahead of Forest’s season opener at Newcastle.

“I don’t really think about it to be honest, not something that enters my mind,” he said when asked about his contract situation.

“I’m more interested in the team and trying to deliver the right training sessions and I’m just not interested in personal stuff.

“Am I happy? Yeah, double happy. Every day it’s an honour and a privilege to be here. It’s not something I spend too much time thinking about.”

Cooper has had a busy summer preparing for Forest’s return to the big time, bringing in 12 players.

Manchester United’s Dean Henderson is one of the headliners and the goalkeeper gave an explosive interview this week about his treatment at Old Trafford.

Cooper did not want to get involved in those politics, but did say he had been impressed by the 25-year-old’s attitude.

“I’m not going to make a comment about loan players’ parent clubs unless it really affects us,” he said. “I can only speak about Dean since he’s come through the door.

“First and foremost it will be about how the season goes for him, how he plays and how we do as a team. So far he’s been brilliant, he’s really embraced the football club.

“When I first met him I was really impressed with how much he knew about the club and how much he wanted to come, so he’s been excellent so far.

“Obviously always a bit different with the goalkeepers as well because they do their own stuff as well as the team stuff and we’re really, really pleased he’s with us and I know he really wants to be here.

“So far, so good but as I said business starts on Saturday and that’s when we’re all going to get judged.”

Henderson will make his debut at St James’ Park, but Omar Richards (leg) and Ryan Yates (knee) are out.