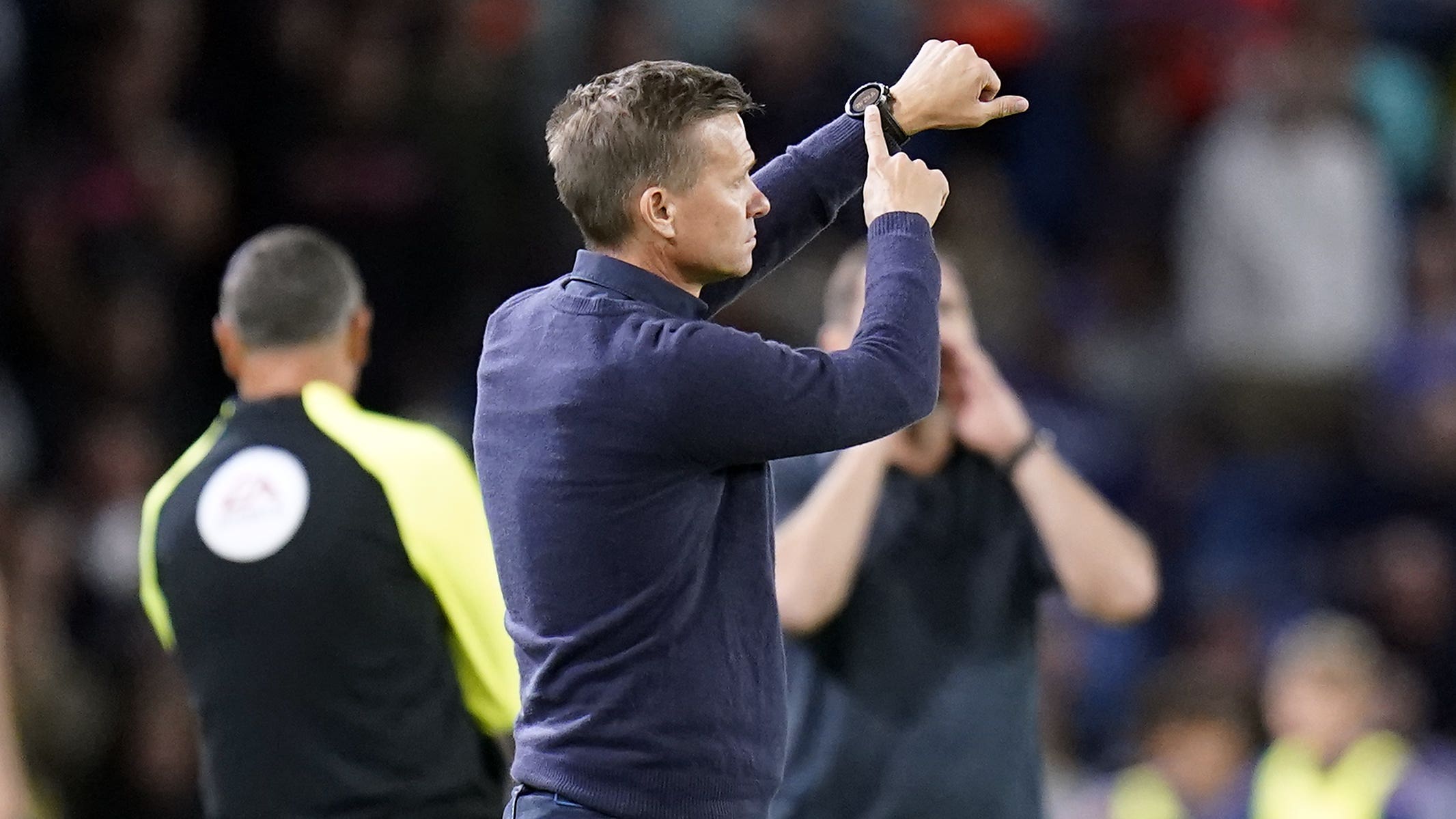 Striker search continues for Leeds after draw with Everton

Jesse Marsch insists Leeds “are trying the best that they can” to bring in a new striker before Thursday’s transfer deadline.

Leeds’ pressing need for added firepower was brought into sharp focus after Rodrigo was withdrawn from Tuesday night’s 1-1 home draw against Everton due to a dislocated shoulder.

The Spaniard was replaced by Joe Gelhardt following a first-half challenge with Everton goalkeeper Jordan Pickford.

Patrick Bamford later stepped off the bench after recovering from a groin injury, but Rodrigo could now be sidelined for several weeks.

When asked if Rodrigo’s setback would affect Leeds’ on-going search for the remaining 48 hours of the transfer window, Marsch said: “Not so much, but that’s obviously been a goal of ours since the start of the summer.

“We’ve been active and we’re trying everything we can and we’ll see how it plays out here over the next 24 hours or so.”

Leeds have been linked with Wolves striker Hwang Hee-chan, who played under Marsch during his spells in charge of both Leipzig and Salzburg.

“I know Hee-chan very well,” Marsch said. “I like Hee-chan, he knows our football. He’s on our list, I can tell you that.

“Everybody is trying the best that they can and I can only say thank you to (chairman) Andrea (Radrizzani), (director of football) Victor (Orta) and (chief executive) Angus (Kinnear), and everybody.

“We’re trying to find ways to continue to improve our squad, but we have also done a great job and you can see we have a good team.”

Luis Sinisterra fired a 55th-minute equaliser on his full Premier League debut after Anthony Gordon’s second goal in successive matches had given Everton a half-time lead.

Gordon has been the subject of intense speculation over his future after being linked with Chelsea.

But boss Frank Lampard said he expected the 21-year-old winger to remain an Everton player after the transfer window closes.

Lampard said: “I’m very confident. You’ve seen the reasons why in the last two games because he’s our player. He’s a very good player and he’s going to get better.”

The former Chelsea boss said the deadline he had set on whether to consider any further advances from the Londoners for Gordon had passed.

“Anthony’s too important a player,” Lampard added. “I think he’s shown his worth in the last two games.

“With two days (of the transfer window) to go, what good would it do us to do anything with Anthony?”

Lampard expressed his frustration after being unable to include new signing Neal Maupay in his squad.

Everton completed the deal on Friday but because Monday was a Bank Holiday it did not count as one of the four days required in order for a player to be eligible.

The point apiece for both sides at Elland Road kept Leeds in fifth place in the table, while Everton climbed out of the bottom three, but remain winless after five matches.