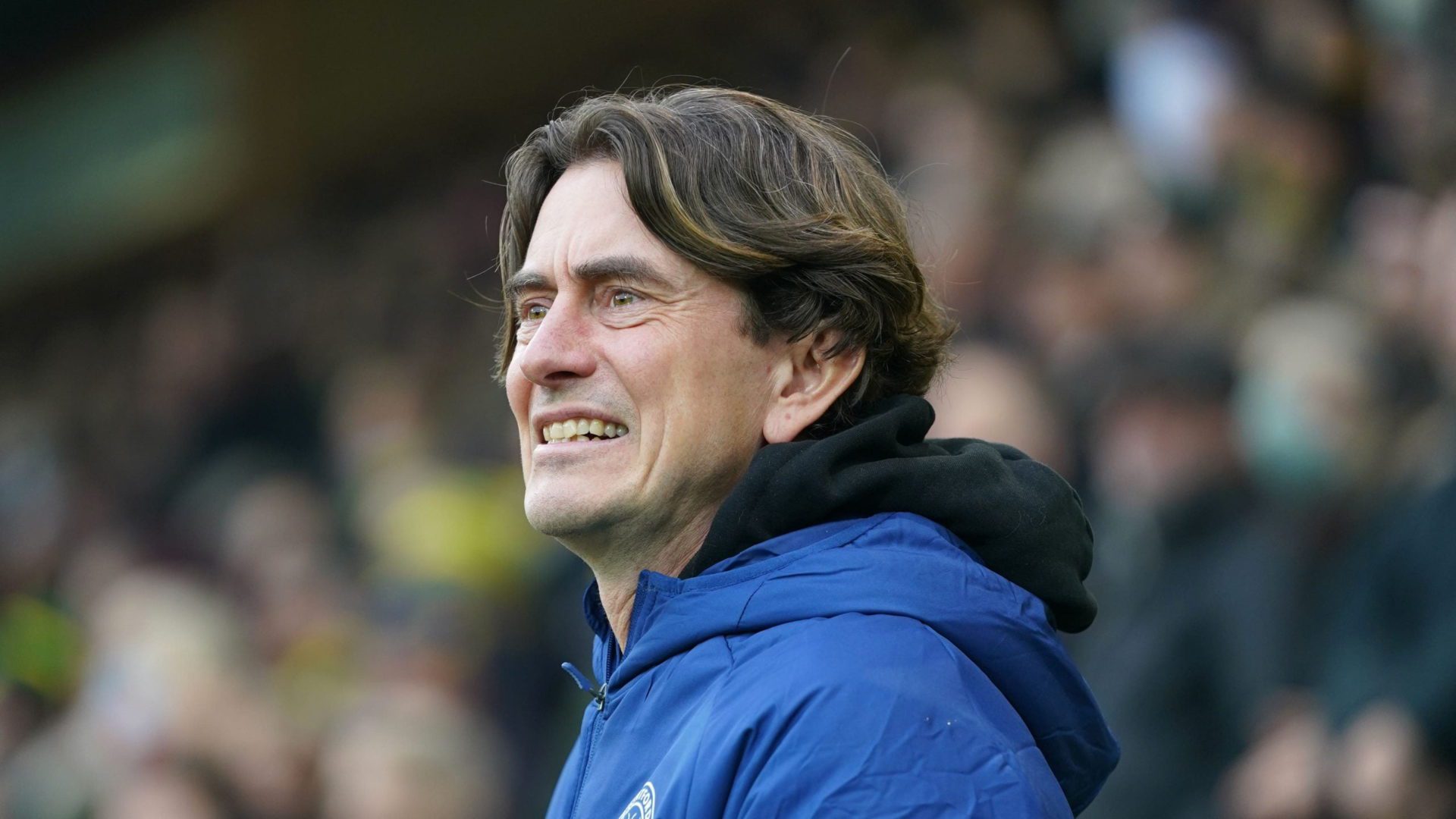 Thomas Frank is proud Brentford have been able to secure their top-flight status with room to spare but feels they deserve even more to show from their first Premier League season.

Frank also says he does not believe in ‘second-season syndrome’ as Brentford look to avoid the struggles some clubs have had in trying to stay up in successive seasons following promotion.

The Bees were assured of another year of Premier League football in midweek after Leeds were beaten 3-0 by Chelsea, and they could yet finish in the top half of the table as they prepare to face relegation-battling Everton in their penultimate match.

It has been an impressive campaign for Frank and the club following their promotion from the Championship last summer, and the manager believes it could have been ever better.

“The thing I’m most proud of is that we are not crawling over the line and just hanging in there,” Frank said.

“But I think it’s in every aspect you measure, if you ask any other football person to analyse our performance, over the course of the season they would absolutely say fair and square that Brentford are in the Premier League.

“All numbers, stats and so on, we probably deserved even more than we have this season.”

Frank also shrugged off talk about ‘second-season syndrome’ where clubs who have survived their first year in the top flight subsequently struggle, as the likes of Huddersfield and Sheffield United have done in recent years.

The Dane knows Brentford could still get relegated next season but insists that is because of the strength of the Premier League rather than any ‘narrative’.

“I don’t believe in it (second-season syndrome) and I think it’s a narrative that has been created for various different reasons, because obviously there are some clubs who get relegated in the second season so that’s why that narrative has been created,” the Bees manager said.

“But (I have) the biggest respect. I completely respect and understand that next year we can get relegated because the margins between position number 20 and position number seven is really really small, so I massively respect that.

“But why shouldn’t we be able to produce that again? Of course if we are selling five players and not buying anyone that makes it more difficult but if we are keeping the squad, which is the aim, and adding a few players?

“I can’t see why we shouldn’t have a good season next season.”