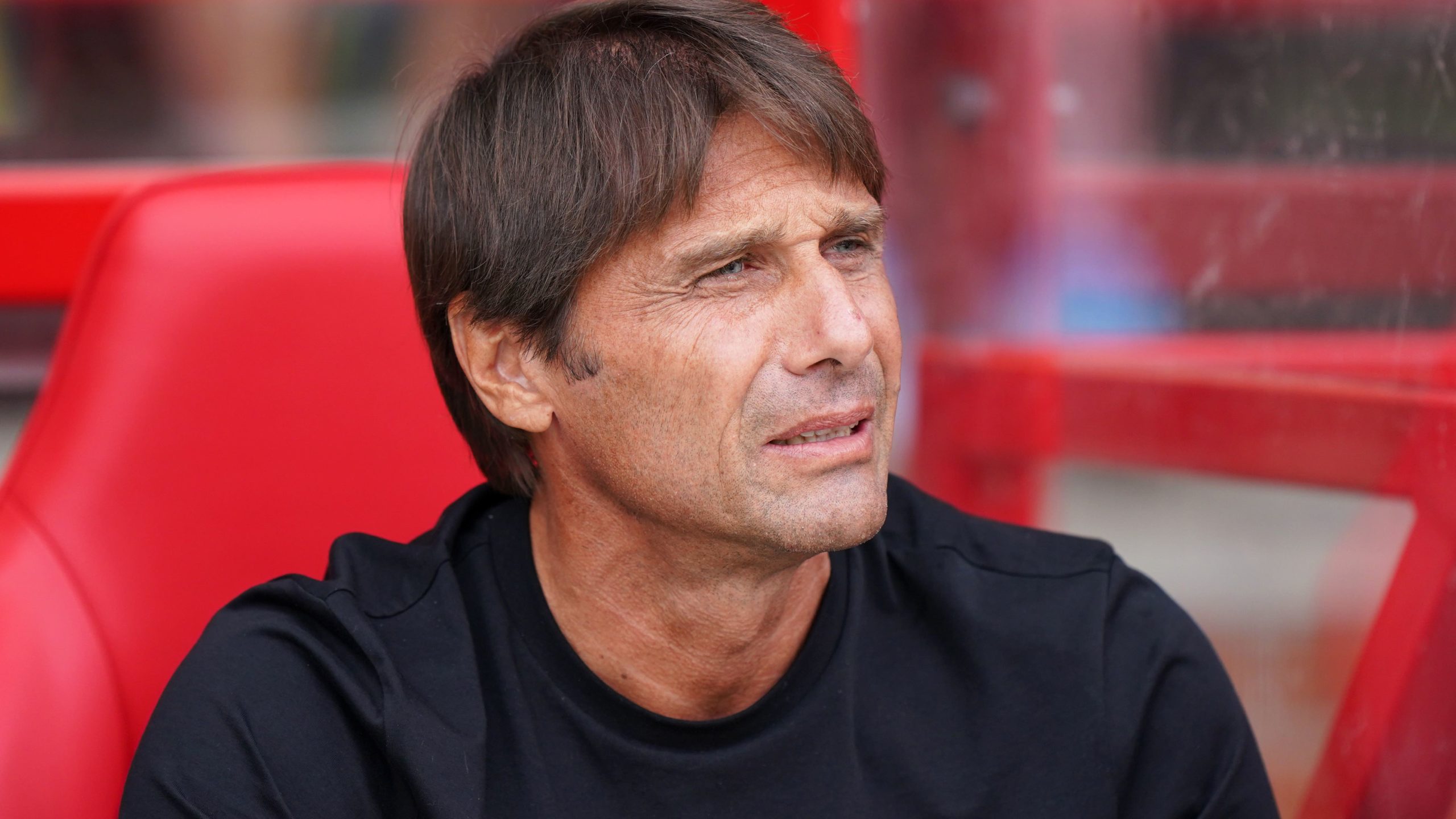 Antonio Conte has urged Tottenham’s players to be “dreamers” in their pursuit of Premier League glory.

Spurs head coach Conte has talked down his side’s title chances and claimed he needs at least two more transfer windows to close the gap to Manchester City and Liverpool.

But, having begun the season by taking 10 points from a possible 12, the Italian says his squad must be ambitious and strive to exceed his expectations.

“My players understand my will, my desire to try to be competitive enough to win something – even Europe,” he said, ahead of Wednesday evening’s visit to London rivals West Ham.

“But you (the media) know very well and are not stupid and understand the situation.

“In front of us are two top teams who have been working with the same coach for 10 years and have continued to invest much more money than us.

“But for sure, we have to be dreamers and to work a lot to create something special around us and to have a great season.

“Our first target is to try to improve ourselves from last season. That is very important. You cannot build a big, big structure in only nine months – it’s impossible.”

They have not won a trophy since lifting the League Cup in 2008, while the second of their two top-flight title successes came in 1961.

Following the strong start to the campaign, Conte is preparing for a testing run of two matches every week until the break for the World Cup.

“We are talking about a very good team who in this transfer market have added important players,” said Conte, who saw West Ham break their transfer record to land Brazil international Lucas Paqueta from Lyon on Monday.

“David Moyes is one of the best (British) coaches with the most experience in this league.

“Against West Ham it is always a difficult game. It is a derby and the atmosphere will be warm. We have to be prepared to face all of this situation.”

Meanwhile, Conte has left the door open for out-of-favour midfielder Harry Winks to resurrect his career in north London following a proposed loan spell in Italy.

The England international, who has not started a Premier League game since February, is on the verge of completing a temporary switch to Serie A club Sampdoria.

“First of all we are talking about a really good player,” the Italian said. “Last season he played with us and he played well.

“It (the move) was for the player and the player felt this to try and go and play regularly, play every game.

“For Harry, to go outside of England and into Italy to play in an important league, that will be good.

“But he’s going on loan, then next season we will see. It is a great signing for Sampdoria if this deal is done.”