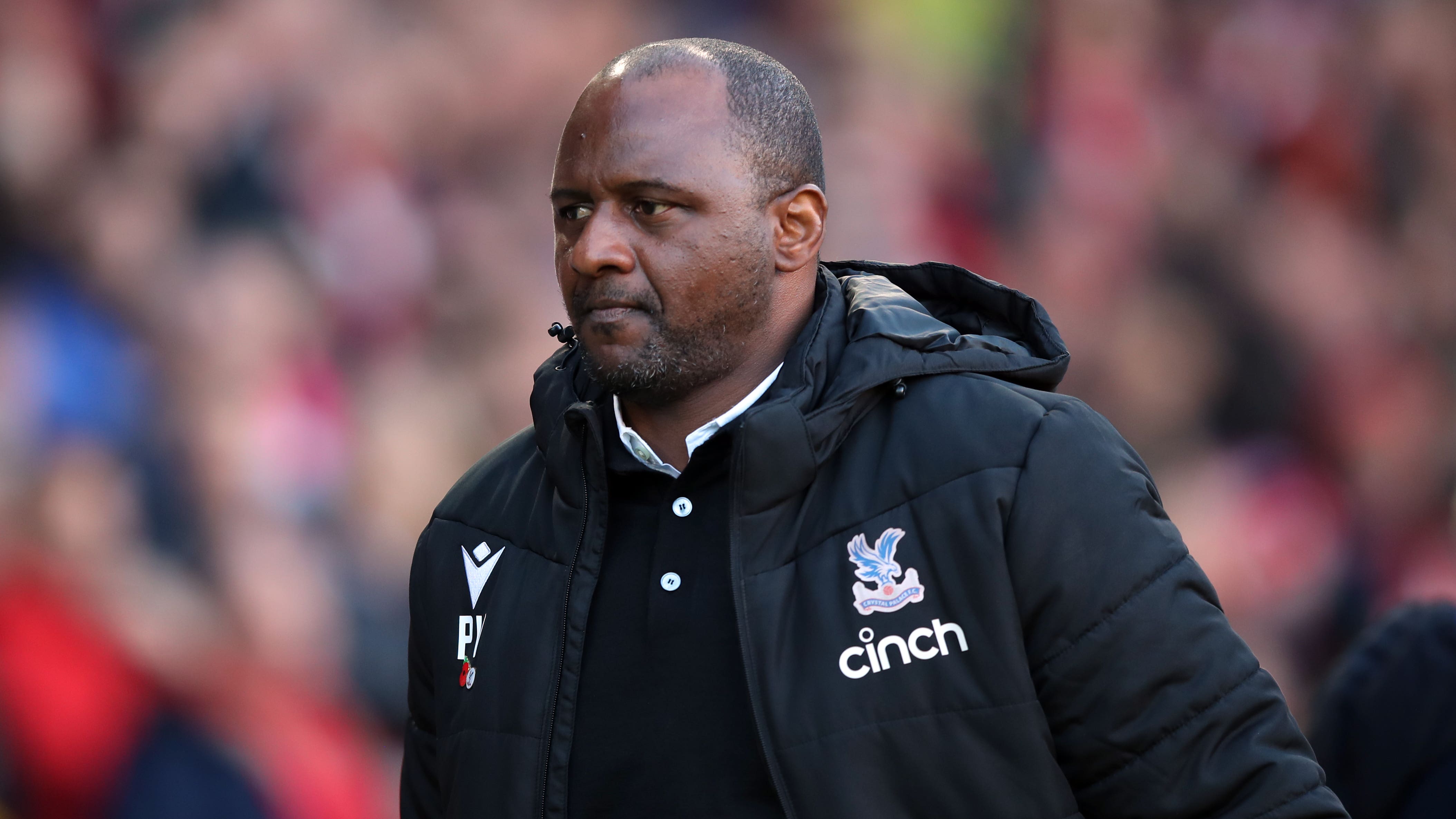 Patrick Vieira feels Crystal Palace will return to Premier League action with a renewed strength after making the most of the World Cup break on an intensive training camp in Turkey.

The Eagles host Fulham on Boxing Day out to kickstart their campaign, which paused on the back of defeat at Nottingham Forest six weeks ago.

As part of their warm-weather trip to Turkey, Palace took on Trabzonspor and also Italian league leaders Napoli before then returning to face Real Valladolid at Selhurst Park.

Vieira believes the squad are in good shape to tackle the hectic domestic festive schedule, which also sees Palace at Bournemouth on New Year’s Eve, then at home to Tottenham ahead of the FA Cup third-round tie against Southampton.

“It was important to try to keep the tempo and rhythm of the demand of the Premier League,” Vieira said.

“For the first couple of weeks they were off, then we had a really good trip in Turkey.

“The players have been working well and working hard, so we are ready to go.”

Vieira told a press conference: “We had a difficult pre-season where we had two groups, so it was really difficult to work a little bit more on details.

“The 10 days we had in Turkey allowed us to focus on some important parts of the game that will allow us to be more stronger as a team.”

Jordan Ayew and Joachim Andersen were both in World Cup action with Ghana and Denmark, respectively.

Vieira expects them to be involved when Premier League action resumes.

“They are good. After they went out of the World Cup, they had a couple of days and have been back in training since,” the Palace boss said.

“They are really good mentally, physically, and are ready to go again.”

Vieira reported no fresh selection concerns over the break in action, but will be without defender Marc Guehi on Boxing Day after he picked up a fifth yellow card against Forest.

“The injuries are still the same. We have Macca (James McArthur) who is still progressing on his individual work,” Vieira said.

“Nathan (Ferguson) is getting really close, I think in the new year he will be starting training with the team.”