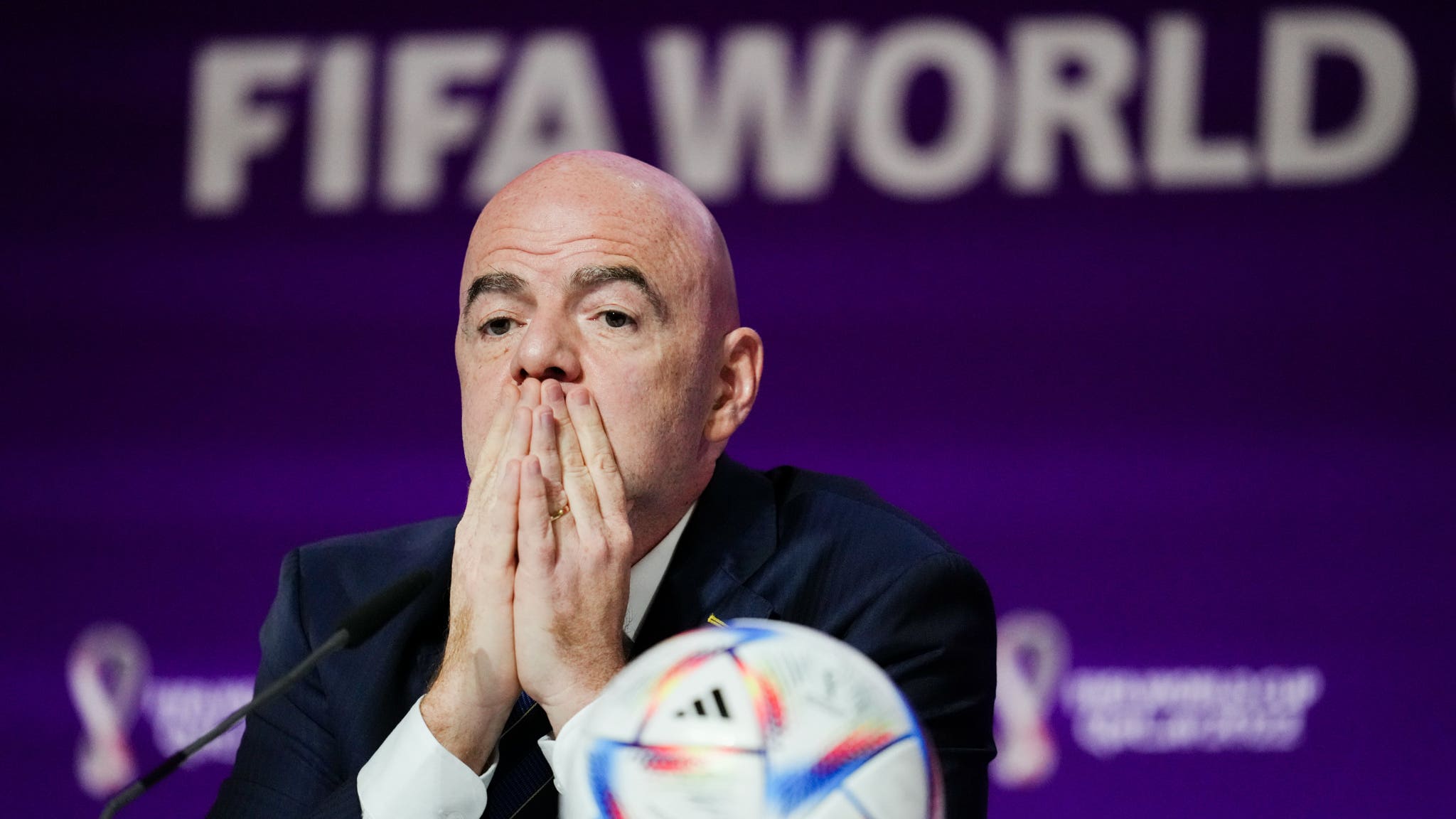 Sport did its best to get back to normal in 2022 after two years of disruption brought about by the Covid-19 pandemic.

The danger of positive tests still lurked but this year the biggest impact on the calendar was brought about by the need to stage the World Cup in winter.

Here, the PA news agency looks at 10 things we have learned from the sporting year.

England must wait for their moment

Another World Cup yielded yet more frustration for England as Harry Kane missed a late penalty in a 2-1 quarter-final defeat by France.

But while there was disappointment after the loss, England hope a new golden generation is on the way. Ten members of this squad were 25 and younger and only a handful will be more than 32 come the next World Cup in four years.

Meanwhile an array of talent including the likes of Reece James, Ben Chilwell, Jadon Sancho, Emile Smith Rowe and Harvey Elliott will look to have their chance the next time.

History has shown the notion there is no place for politics in sport has always been nonsense, but the relationship remains complicated.

One minute governing bodies rush to embrace certain messages – as seen by official adoption of calls for peace after Russia’s invasion of Ukraine, with Ukrainian flags proudly flown at major sporting event.

The next, you get FIFA writing a letter to all nations taking part in the World Cup telling them to “focus on the football”, threats of sanctions for promoting messages of inclusivity, and the frankly bizarre speech given by Gianni Infantino on the eve of kick-off.

Sport remains an intensely powerful force in world affairs, but usually in spite of rather than because of its leaders.

The enforced sale of Chelsea due to sanctions placed on Russian former owner Roman Abramovich brought a jaw-dropping fee of £4.25billion.

Owners across the Premier League quickly recalculated the value of their own assets, and as the year ends the league’s two most revered brands, Manchester United and Liverpool, are both up for sale.

Football finance expert Kieran Maguire called it “maximum Premier League” – a sign that owners believe clubs will never be worth more than they are now after the failure of the European Super League and Project Big Picture to concentrate even more power at the top.

English cricket is “running towards the danger”

The double act of Ben Stokes and Brendon McCullum have revitalised the fortunes of an ailing Test team and are pushing the boundaries of what the format can be.

Both men are instinctive gamblers and born attackers and have dragged the team’s philosophy in a new and fearless direction.

Shockwaves were sent through club rugby in October as both Wasps and Worcester went into administration 13 days apart, suspended from England’s top flight and relegated to the Championship.

Both clubs cited the pandemic as having hit finances, but the RFU rejected their applications for a ‘no-fault insolvency’, saying other factors were at play. RFU chief executive Bill Sweeney said it showed the current model in English rugby is “broken”.

Cristiano Ronaldo has built a stellar career through immense talent and sheer force of will. His colossal ego was both the result and the fuel, a necessary part of the formula that made him one of the greatest to ever play the game.

But it is also now behind an undignified exit, first from Manchester United and now seemingly from Portugal too. His bombshell interview with Piers Morgan was effectively a resignation letter to United after he found himself out of Erik ten Hag’s plans.

At the World Cup, he found himself benched in favour of Goncalo Ramos amid claims of a bust-up, and Ramos’ hat-trick has surely made the situation permanent.

A free agent in search of Champions League football, Ronaldo has found few takers and looks destined to play out his career in the Middle East.

Good things come to those who wait

When Eve Muirhead skippered Great Britain to curling gold at the Winter Olympics in Beijing in February, it was the end of a long journey.

Since becoming the youngest skip to win a curling world title in 2013, Muirhead had endured a string of disappointments, with only a 2014 bronze to show for her three previous Olympic appearances.

Her luck did not appear to be changing – her team initially failed to qualify for the Games at last year’s World Championships in Calgary, then suffered Covid positives before the final qualifiers.

Having made it to Beijing they stuttered through the round-robin phase but somehow made the final. Once there, they made no mistake – sweeping to an emphatic 10-3 win over Japan.

In May, 17-year-old Blackpool forward Jake Daniels came out as gay, making him the only active male player in the UK to do so. The teenager was widely praised for telling his story, but the very fact that it was remarkable showed how far football still has to go.

Many wondered if other players would follow suit, particularly given the focus on the issue ahead of the Qatar World Cup.

But, two years after the Justin Fashanu Foundation published a letter from an unnamed Premier League player who said they were too scared to come out because the game has not caught up with society, no others have.

Those Formula One fans who were never happy with the way Max Verstappen snatched the 2021 title away from Lewis Hamilton at the end of last season were given another reason to add an asterisk to the result in October when Red Bull were deemed guilty of breaching cost caps last year.

Ross Brawn had previously said such offences would cost teams their titles, but with the breach deemed a minor one, Red Bull escaped with a fine and a reduction of wind tunnel testing time.

That was not enough to stop the tension in the paddock growing ever more toxic in the final weeks of the season, with the bad feelings seeming unlikely to disappear before next season.

When the 22nd Commonwealth Games opened in Birmingham in late July, the future of the event was in question. Seen as an historical anachronism, the Games needed to show they could be relevant in the modern world.

And over the course of 11 days, Birmingham showed how they could be, embracing the Games like no city before as fans packed the grandstands and delivered a feel-good factor which can mark the event out as distinct from the win-at-all-costs mentality elsewhere.

Birmingham did not solve all the problems by any means, but it did point the way forward.