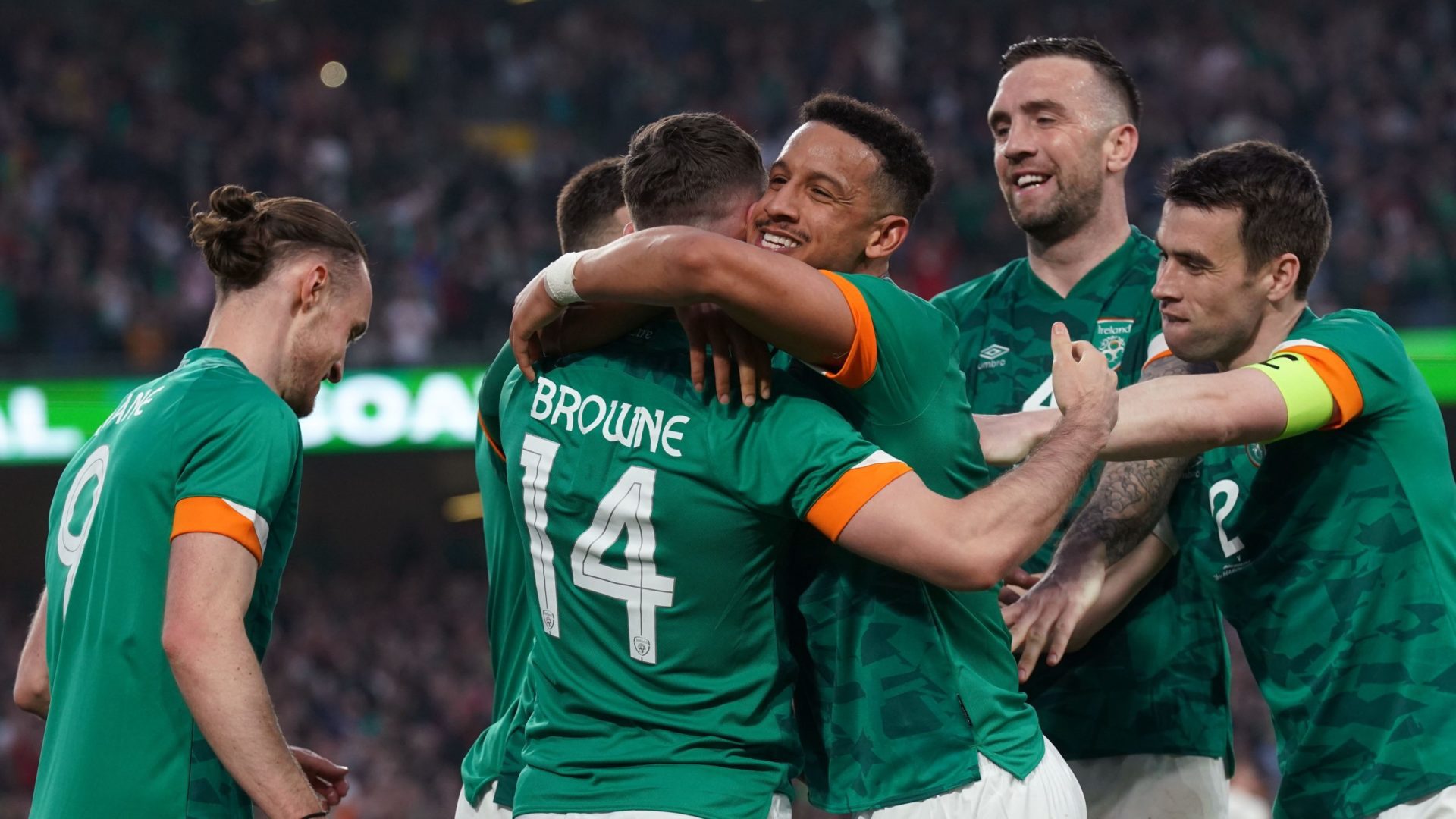 Alan Browne is targeting Nations League success after helping to enhance the Republic of Ireland’s blossoming confidence by heading them to an impressive draw with Belgium.

Browne came off the bench in the FAI’s centenary game on Saturday to peg back the world number one side at 2-2, in the process extending Ireland’s unbeaten run to seven games.

Mounting confidence within the squad prompted defender Shane Duffy to suggest during the build-up that they should be looking to win their Nations League group, which also includes Ukraine, Scotland and Armenia, when the competition gets under way in June, and Browne believes that is a realistic ambition.

The Preston midfielder said: “Our performances over the last year or so – I know we came under a lot of criticism at the start, but I think we’ve turned a page now and we’re getting the results to match the performances.

“Our performances even from the get-go have been really good, we just didn’t have the results to match them. When they go hand-in-hand, it makes for an all-round good day.

“We’ll be going into the campaign full of belief and with a winning mentality that’s been bred into us. It’s definitely realistic that we can go and win it.”

That is a view shared by manager Stephen Kenny, who is nevertheless acutely aware that the ongoing situation in Ukraine could yet have a major impact on a tournament he knows will test his team’s burgeoning momentum.

Kenny, whose side faces Lithuania on Tuesday night, said: “It’s better to have positive results, but it’s good to have good performances like that, for sure.

“It reinforces the message that we’re giving and people see you’re getting success from that.

“It reinforces belief and that can be powerful when you do that, when you play against top-class international players.

“We have a lot to do. We don’t know the situation with Ukraine – they got to the quarter-finals of the Euros, they did brilliantly before that.

“It’s a tragic situation. Scotland have been terrific. Armenia, we’re learning about Armenia.

“It’s a tough group with Scotland and Ukraine, but we’re looking to improve all of the time, we’re getting better and we’re building a squad and we want to try to do ourselves justice in that.”

However the summer programme unfolds, Ireland will head into it with a radically-overhauled squad and a new-found confidence personified by no one more so than Rotherham’s Chiedozie Ogbene.

Playing his club football as a wing-back in League One, Ogbene has excelled since his arrival on the international stage and scored his third goal in six appearances, a deftly-executed overhead kick, against the Belgians.

Team-mate Jason Knight said: “Chieo has been a breath of fresh air ever since he came into the squad. He is great around the place and his performances have been excellent.

“We just need more from that and the rest of the squad moving forward.”