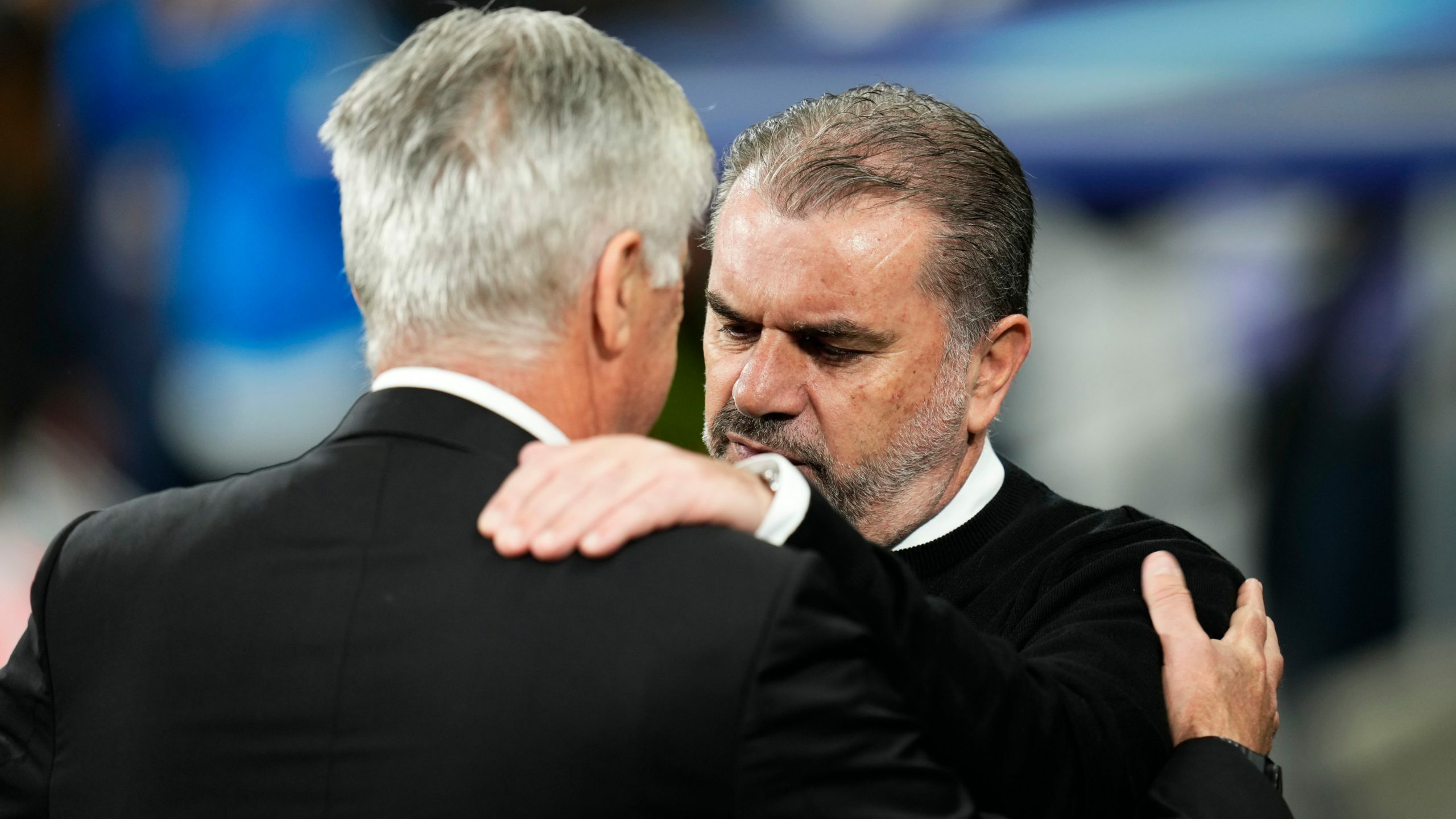 By By PA Sport StaffNovember 2, 2022No Comments

Celtic manager Ange Postecoglou felt they could still take positives from their performance in the Bernabeu despite being on the end of a 5-1 defeat by Real Madrid.

Celtic had 14 attempts at goal but their inability to make the most of their opportunities again hurt them, as it did throughout their Champions League campaign.

Postecoglou’s side were two down at half-time after conceding two penalties to handballs and having a spot-kick of their own saved by Thibaut Courtois as Josip Juranovic failed to cut the deficit.

Real were clinical after the interval while Celtic continued to miss opportunities until substitute Jota scored a late consolation with an excellent free-kick.

Postecoglou said: “Firstly, credit to Real Madrid, they are a fantastic football team. They have got quality all through their side and when they get the ball moving they are difficult to stop.

“We got two penalties against us early, although we created chances ourselves – the way the campaign has gone.

“To be fair the boys still dug in and at 2-0 we get our penalty. Instead of 2-1, not that it will change potentially the outcome of the game, but it will just give us a bit of belief.

“Unfortunately we didn’t take our chances and you always felt when they go forward they have the quality to hurt you and that happened.

“Conversely at the other end we created some good opportunities and haven’t managed to take them.

“I’m disappointed for our players and supporters that they didn’t get more joy out of the game but I can’t fault our players’ efforts and their endeavour, they gave everything.”

Postecoglou agreed that the game summed up a campaign which saw them take two points and finish bottom, after they were again punished for failing to capitalise on chances at crucial moments.

“Obviously you can’t take away from the fact they are a fantastic football team but we still came here and created a lot of opportunities, that I think other clubs would struggle to do,” he added.

“So there is still something in that for us but ultimately we have fallen short.

“We will need to make sure we understand the areas – and we do – that we have fallen short in and some of it is just experience. For our guys, all this is new.

“Our goal and ambition should be to be at Champions League level every year. I think you will find, if we do that, and show the same sort of intent and endeavour, we will start to make more of an impact.”