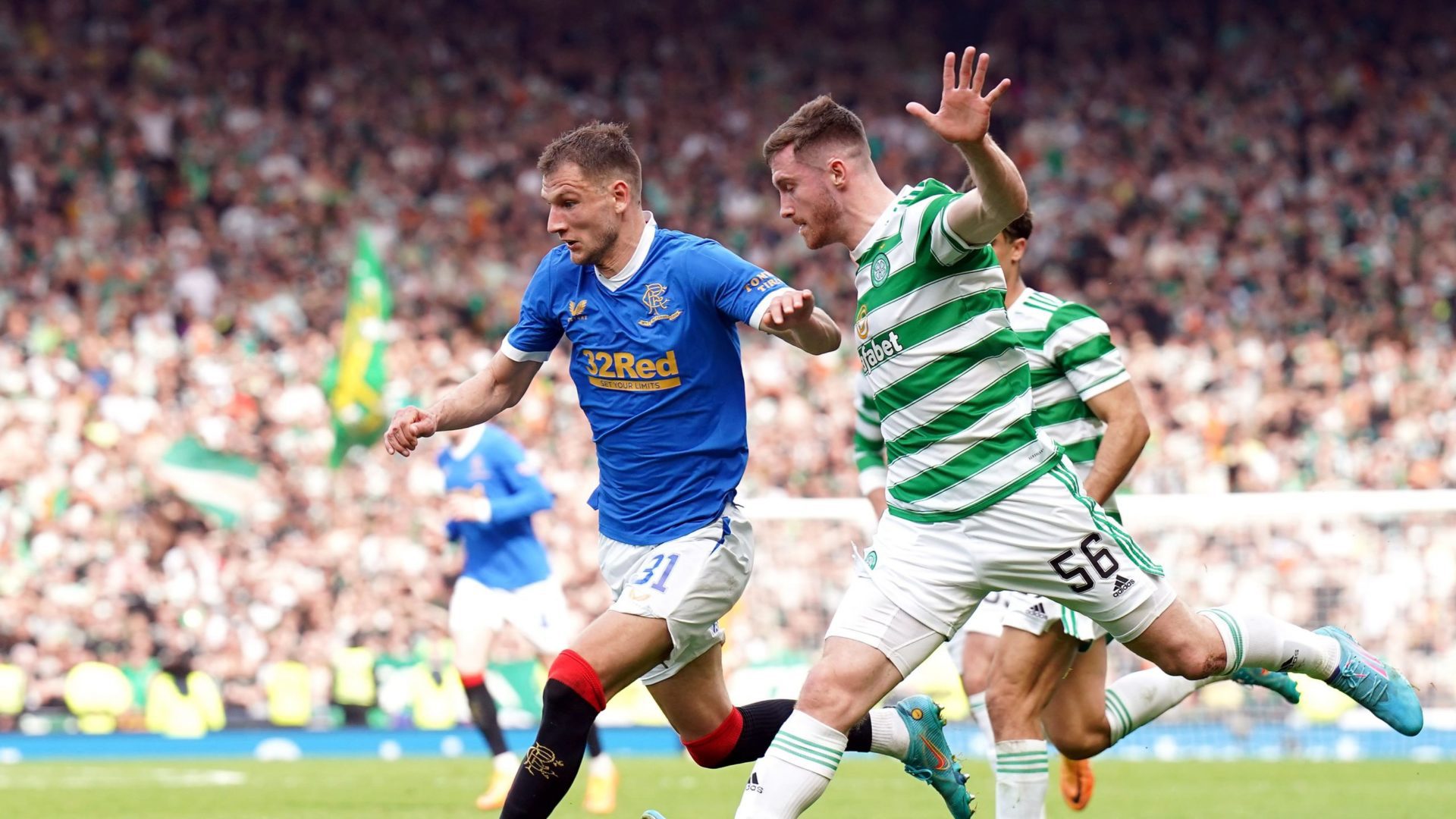 Celtic full-back Anthony Ralston vowed to take the “craziness” out of Sunday’s derby clash ahead of what could be a momentous occasion for his side against Rangers.

The cinch Premiership leaders will go nine points clear with a goal difference advantage of at least 21 if they beat Rangers ahead of the final three league games of the season.

The title will be all but secured if Celtic follow up their two previous league wins against their rivals and the home supporters are sure to be arriving at Parkhead anticipating a party.

But Ralston knows the players have to focus on the task in hand amid the mayhem.

“It would be easy to get carried away and think about the title but individually and as a team we have got the same focus to take each game as it comes,” he said. “We have three points on the line and that’s going to be the focus.

“It is a derby game, they are crazy and in these games there’s things that happen. We are all aware of that and we have all had experience of it through the course of this season.

“It’s a game that both sides want to win but we take all the craziness out of it and don’t let the noise of it all get involved. We focus on ourselves and the team and go out and play our football.

“It comes with the experience of playing in front of these crowds and also it’s about focusing on our style of play and our football, not letting the noise affect that in any sort of way, or the type of game or other external things.

“It’s about focusing on us as a team and focusing on our football and what we need to win the game. That’s what will get us through regardless of anything else.”

Celtic manager Ange Postecoglou feels coping with the expectations and atmospheres around such occasions is a big challenge for players.

“You know they are human beings, their emotions will be running high on the day, they understand the significance of the game and, when you have the atmosphere we are going to have at Celtic Park, that has an effect on people,” Postecoglou said.

“That’s the challenge of performing well in the big games and playing for big clubs, you need to channel that in a positive way and use that to further drive the principles that have got you there in the first place.

“Sometimes it can be easy to get swayed by that and believe you need to do something extra or something slightly different. That’s when that sort of energy can be used in the wrong way.

“The challenge for our players and the team on big occasions is to make sure we use it – we want to have that energy and enthusiasm and passion that’s going to be on the day, but use it in the context that we make sure we still stick to our principles.

“That’s what players want to get challenged at the most: when the stakes are the highest, can I bring my best game and stick to my principles?”

Rangers visit Celtic Park in the midst of a Europa League semi-final having restricted RB Leipzig to a 1-0 lead after the first leg on Thursday to give themselves a chance of progressing to the Seville final at Ibrox next week.

But the Light Blues showed they could set aside their European exertions when they knocked Celtic out of the Scottish Cup within three days of reaching the semi-finals with an extra-time win over Braga.

Postecoglou will not put major emphasis on the Hampden clash as he prepares for Sunday.

“But that’s reviewed after the game and we give the feedback to the players on the areas we could have done better.

“It was a very tight game, which you expect in a semi-final, but that doesn’t mean you take everything from that into this game.

“A league game is different to a cup game, there’s different pressures involved, and different objectives for everyone.

“We responded really well last week, which was important, we played our football, and it’s important that we take that into Sunday as well.”