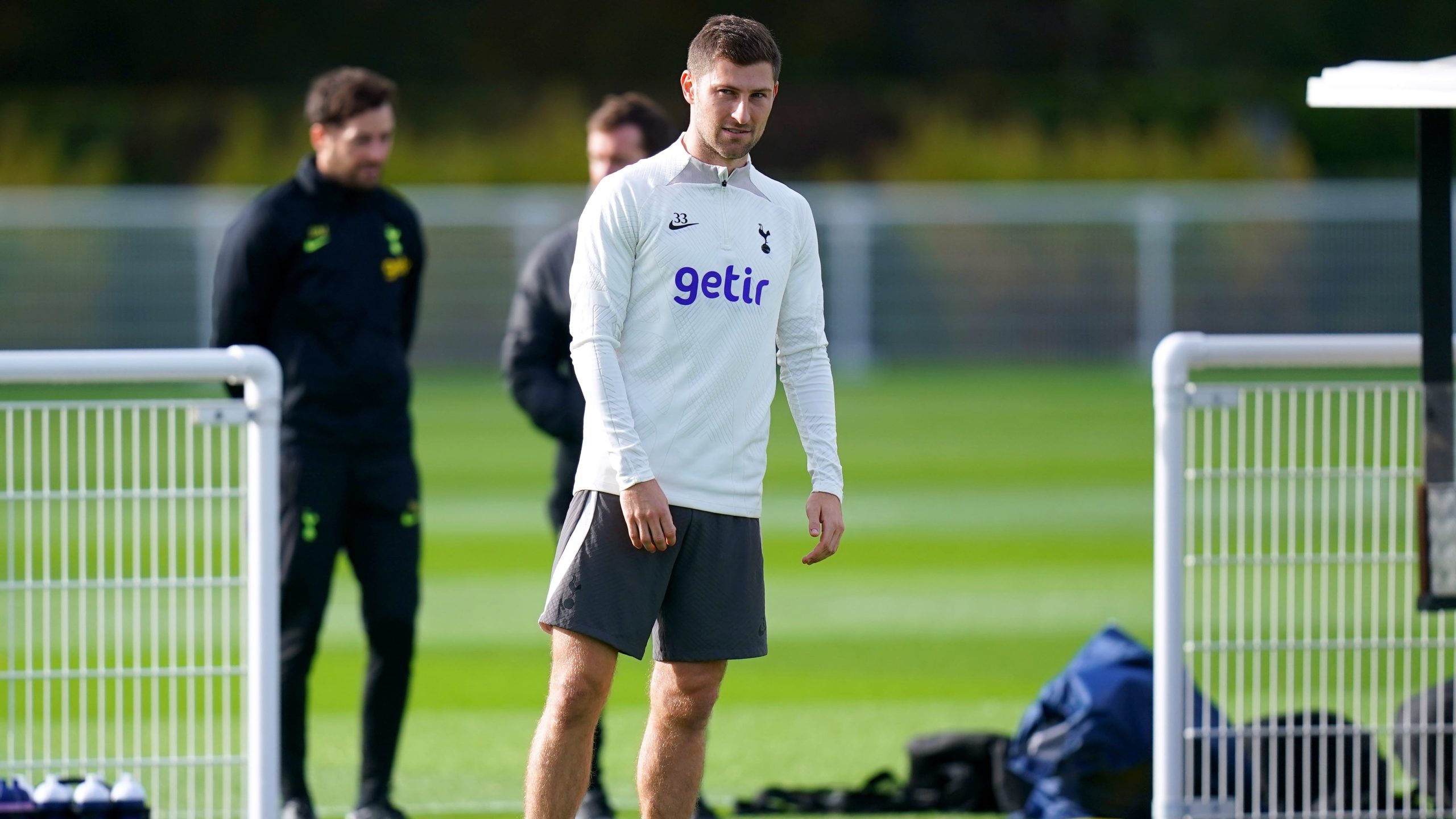 Ben Davies admits the World Cup is at the back of his mind but wants to help Tottenham finish the first half of the season strongly before he turns attention to keeping Harry Kane quiet in Qatar.

The Spurs defender is set to be part of the Wales squad for next month’s tournament, which will be their first appearance at a World Cup since 1958 and only second in total.

Club colleague Richarlison recently sustained an injury that left the Brazilian in tears due to fears he may miss out on featuring for his national team in Qatar.

It subsequently proved to be a false alarm but Davies insists he is staying focused on duty with Spurs, who could secure their place in the Champions League last-16 with victory over Sporting Lisbon at home on Wednesday.

“Of course it’s in the back of your mind but the focus is on the here and now,” he said.

“Every time you step on the pitch, your only focus is that game. The World Cup is still some time away. We’ve got an important run of games before then.

“It’s probably the most important game we’ve had in the group. It will be important to try to finish the job tomorrow and put ourselves in a position to go to Marseille (next week) without needing to get a result.”

With Davies concentrating on the task at hand, no talk has occurred between the proud Welshman and England captain Kane over their November 29 meeting in Al Rayyan.

Kane has struck 11 goals and started each of Tottenham’s 16 matches in all competitions this season.

Davies added: “Harry has been working hard for the team all year. It starts in pre-season and you can see the benefits of that now.

“He’s looking fit, he’s scoring important goals for us and is obviously a very important player.

“As far as Wales-England at the World Cup, that’s not something we’ve spoken about yet but we’re looking forward to it.”

The immediate concern for Davies will be to stop another player he is familiar with on Wednesday.

Marcus Edwards progressed through Tottenham’s academy and made his debut for the club in 2016.

Davies played alongside the attacker during a 5-0 win over Gillingham but Edwards left two seasons later and has only just started to fulfil his potential in Portugal with a successful spell with Vitoria Guimaraes followed by a January move to Sporting.

Ex-England Under-21 international Edwards starred in the 2-0 win over Tottenham last month and will be out to impress on his return to the capital.

“He’s very direct, he keeps control of the ball very well and he’s quick when he gets you in those situations.

“It’s going to be a tough game playing against him. He’s got a bright future ahead of him.

“He’s shown he’s willing to go to somewhere where not a lot of young British have gone and worked hard. He’s reaping the rewards for it now.”