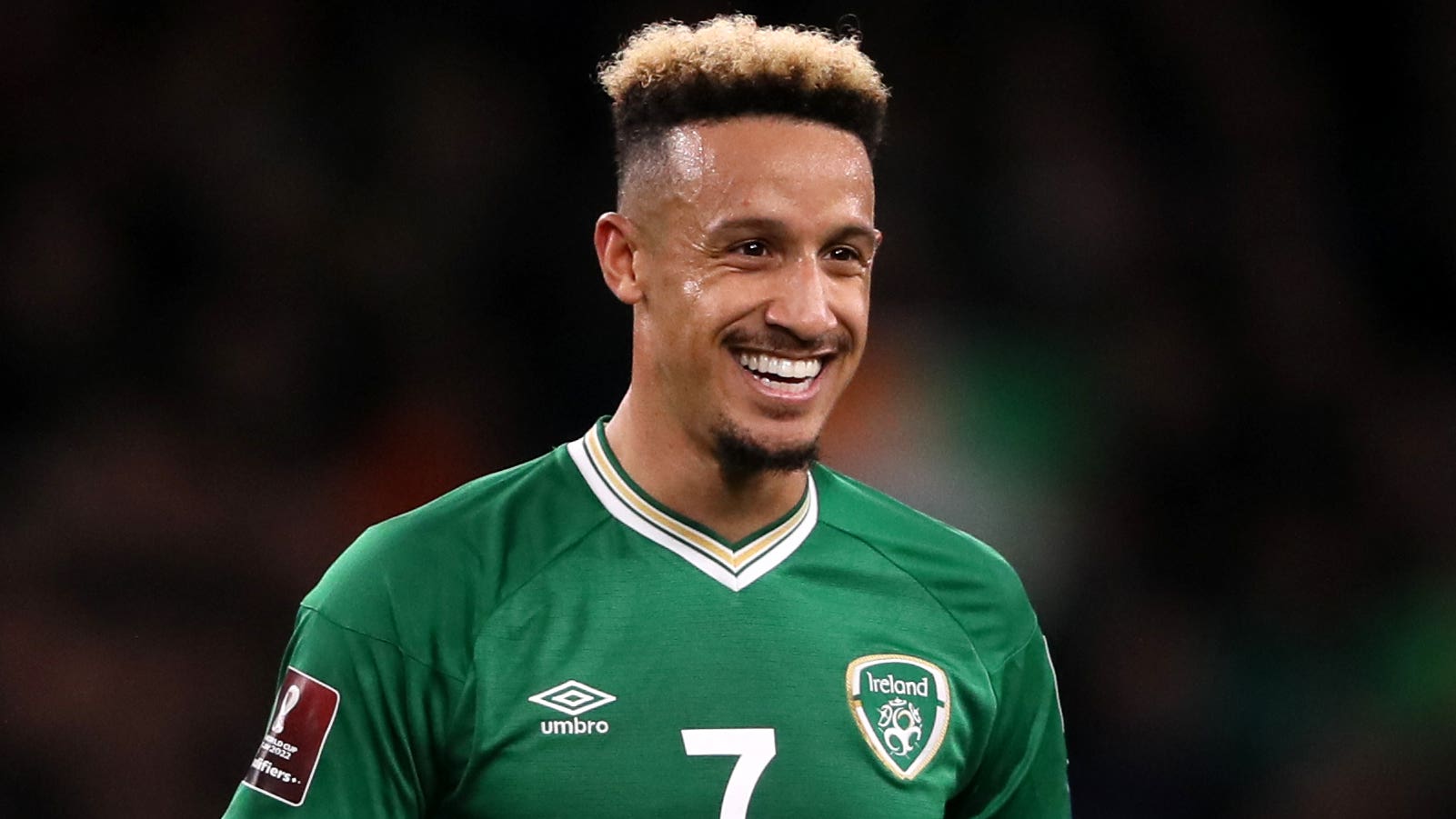 Callum Robinson has insisted finding himself at the centre of a Covid-19 storm did not distract him from his mission to score goals for the Republic of Ireland.

The 27-year-old West Brom striker was thrust into the spotlight in October last year when he revealed during a press conference that he had declined a vaccination against coronavirus, prompting headlines around the world.

Days later, he did his talking on the pitch, scoring twice in a 3-0 World Cup qualifier victory in Azerbaijan – he celebrated with fingers in ears – and then followed it up three days later with a friendly hat-trick against World Cup hosts Qatar.

Asked to describe those few days as he faced the media for the first time since on Monday, Robinson said: “It was different.

“But to be fair, I didn’t think it was that big a thing and then it blew up. But I just wanted to get on the pitch really and do my thing and let my football do the talking.”

The Ireland squad closed ranks around the frontman at the time with defender John Egan mounting a stout defence of his team-mate’s stance.

Robinson, who declined to reveal whether he had changed his mind over vaccination since, said: “It wasn’t even a conversation of whether I was right for the Saturday, it was just, ‘How are you? Are you OK? We are here for you if you need anything’.

“This comes with football. As I said, I just wanted to produce for the boys and for the staff over those two games, because they were there for me if I actually needed them.

“But I did feel like I was fine and I just went to crack on and do my thing on the pitch. I’m happy that did happen in those two games.”

Robinson trained with the remaining 26 members of Stephen Kenny’s squad at Abbotstown on Monday as they prepare for Saturday’s Nations League opener in Armenia and the clashes with Ukraine home and away either side of Scotland’s visit to the Aviva Stadium which follow it.

Kenny will take nothing for granted in Yerevan against a side ranked by FIFA 45 places below his in 92nd place and which recorded World Cup qualifing victories over Iceland and Romania in March last year.

The manager said: “Armenia is a challenge away from home. We have watched the matches when they’ve beaten Iceland at home and beaten Romania, so they are capable of winning matches – they won a (Nations League) group with Georgia and North Macedonia to qualify.