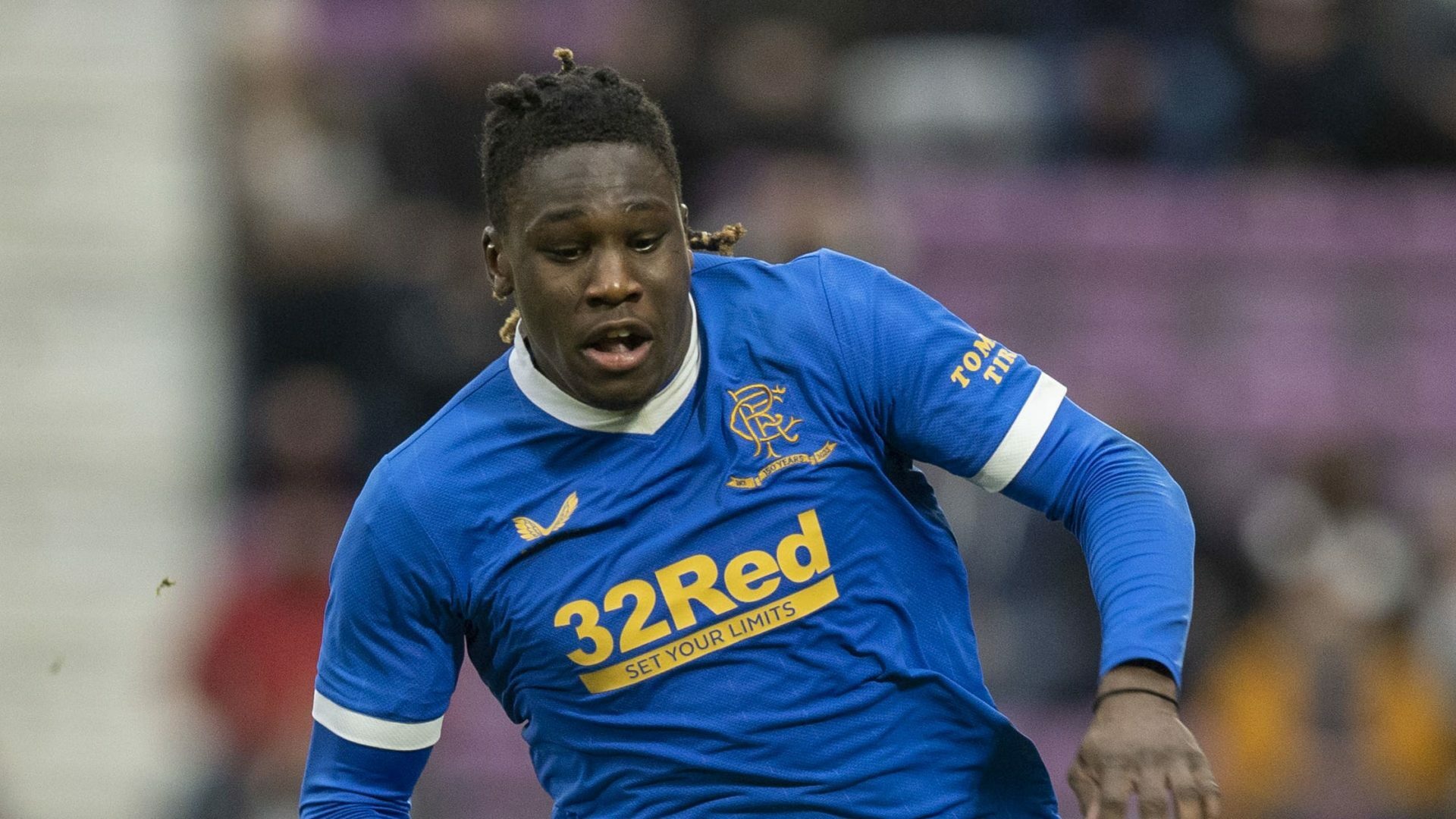 Calvin Bassey is well aware of the magnitude of Rangers’ Europa League final against Eintracht Frankfurt in Seville on Wednesday.

The Light Blues are in their first European final in 14 years and are looking to win their first piece of continental silverware since the 1972 European Cup Winners’ Cup.

Bassey recalled some tricky moments during this season’s thrilling cup run as he looked forward to Spain but knows what victory over the Bundesliga outfit will mean.

“There’s no shying away. It’s a massive day for the club and for us. And it’s a massive opportunity for us to make history.

“For us, it was never about thinking too far ahead. It’s been about taking each game as it’s comes, then building from that.

“We’ve had games where we’ve looked like we’re out, 1-0 against Braga, 1-0 down against Leipzig. But we just kept pushing through.

“So for us it’s just been about taking each game as it comes. Now it’s just amazing to be in the final.”

Rangers have already beaten Borussia Dortmund and RB Leipzig on the way to the final and both sides finished above Eintracht Frankfurt in the Bundesliga.

However, Bassey said: “For us it doesn’t change anything. We know they’re a good team.

“They wouldn’t be in the final of the Europa League if they weren’t a good team.

“We’re preparing well for them. We’re not expecting for anything less than what Dortmund or Leipzig gave us.”

Thousands of Gers fans will travel to Seville, many without tickets, and Bassey has heard some “crazy stories” about how they are getting there.

He said: “I’m still trying to sort out my family as well. It’s been carnage. People have been saying, ‘get in suitcases’ and stuff like that.

“Yeah, it’s mad. I know there’s going to be an amazing support behind us, as there always is.

“Whether that’s in the stadium or not, yeah, it will be rocking. It will be good.”

Rangers only have an official ticket allocation of around 9,500.

And Bassey says the Ibrox side will be going all out to win the trophy for those who cannot get tickets as well as Jimmy Bell, the popular Gers kitman who died recently.

“For us, it’s just about going there and getting the job done.

“Obviously it’s a bit harder when you don’t have your full home support but we’ve got a purpose – to do it for them and to do it for Jimmy as well.