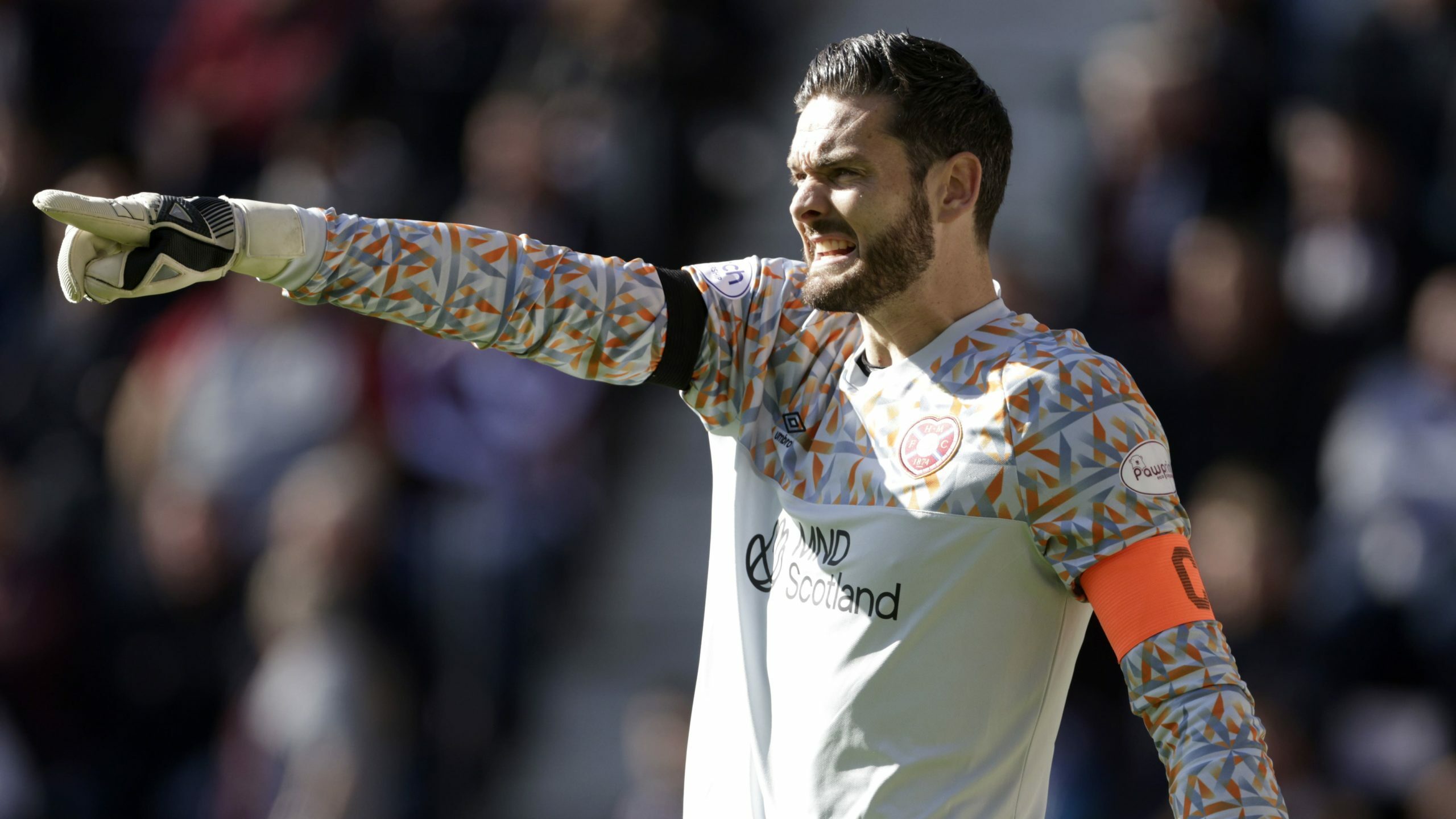 Craig Gordon admits the lack of stability in Hearts’ injury-hit defence has taken a toll on their ability to deal with a demanding start to the campaign.

The Tynecastle side have been plagued by personnel issues at the back since the end of last term when John Souttar and Craig Halkett spent lengthy periods on the sidelines.

While Souttar left to join Rangers at the end of last term, summer signing Kye Rowles and Halkett have spent most of the current season battling injury.

That has left manager Robbie Neilson to rely on relatively inexperienced centre-backs like Lewis Neilson and Toby Sibbick while also using full-backs Michael Smith and Alex Cochrane in the heart of defence on occasion.

The makeshift Jambos defence has conceded 11 goals in their last three home games against Istanbul Basaksehir, Rangers and Fiorentina, but Gordon is hopeful the return of Halkett and Rowles over the next month will help steady the ship.

“You never really want to change that (defence),” said goalkeeper Gordon. “You want to play with the same guys week in, week out and get that understanding going and we’ve not managed to do that for some time now, probably going back to Craig Halkett’s injury in the Scottish Cup semi-final against Hibs (in April).

“It’s been a bit chopping and changing and stop-start since then.

“We’re probably missing the leadership Kye and Craig bring to the back-line. Those guys have got good attributes and they’ve both been in international squads.

“They’re at a good level and they’ve got a good level of experience so of course we’re going to miss players like that. Any team would.

“In the defensive areas you want to be as similar week in, week out as you can be, so hopefully we can get those guys back and when we do, I’m sure we’ll look a lot better.”

Gordon is disappointed at the way Hearts have performed in their Europa Conference League home games against Istanbul and Fiorentina but he dismissed the suggestion that those matches represented “missed opportunities” for his side.

“We just played Fiorentina and also Istanbul who are top-quality teams,” the 39-year-old said ahead of Sunday’s cinch Premiership trip to Kilmarnock. “Fiorentina’s striker (Luka Jovic) is worth 50-odd million. Let’s get it right: it’s going to be tough.

“In saying that, we want to do better. You don’t want to use any excuses – we want to go out there and give a good account of ourselves.

“We’ve not done as well as we felt we could have done but these games were always going to be very difficult to get anything out of regardless of who’s playing and what 11 you put out on the park.

“It’s just disappointing that we’ve not been closer.”