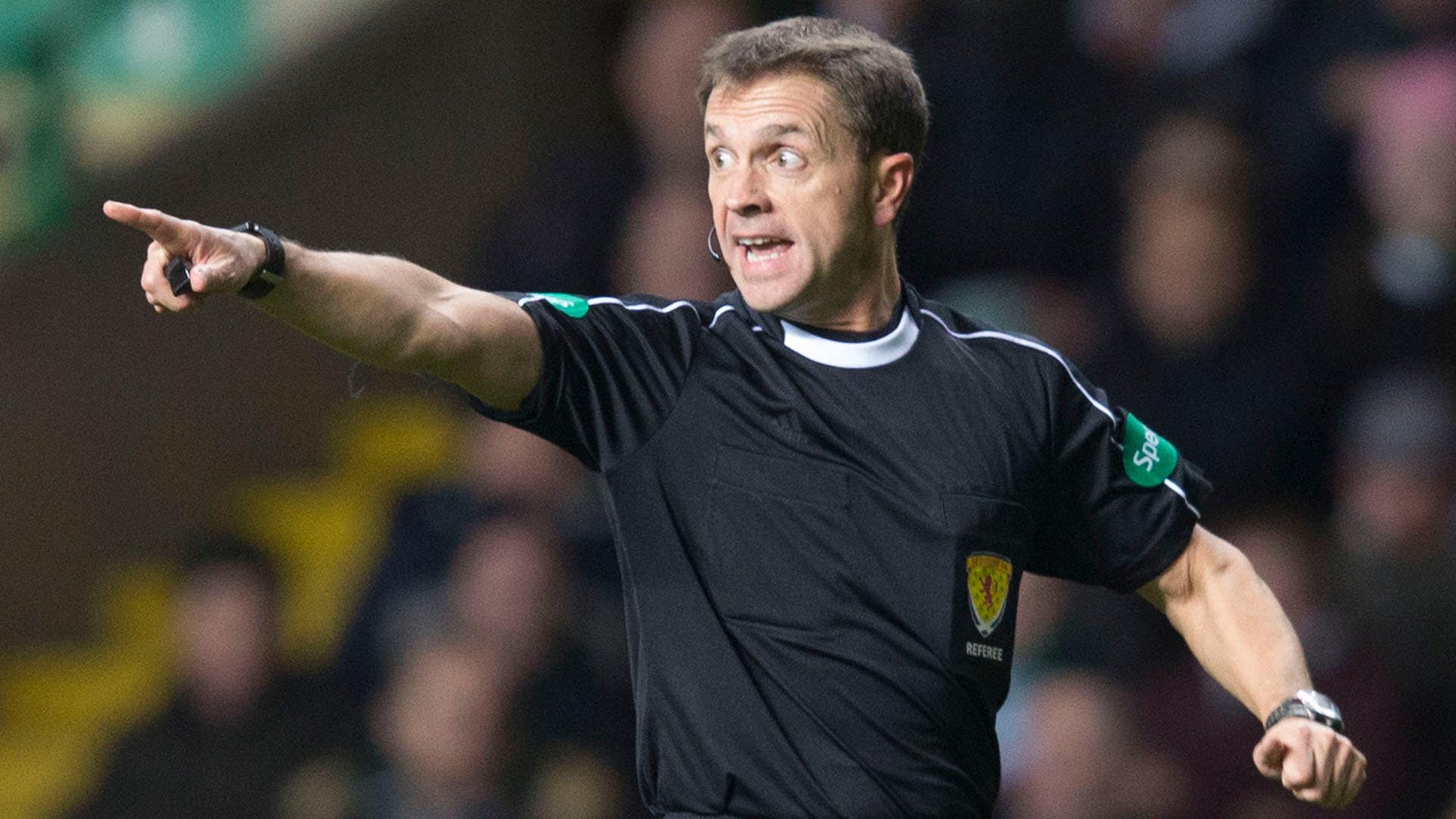 Referees’ chief Crawford Allan has welcomed the introduction of VAR to Scottish football, with Hibernian’s clash with St Johnstone the first match to use the system later this month.

After nearly three years of planning, development and testing, FIFA has given the green light to introduce Video Assistant Referees to the game in Scotland, with all eyes turning to Easter Road on October 21.

VAR will be coordinated centrally from the video operations room at Clydesdale House in Springhill in the east end of Glasgow.

It will assist on-field referees in the event of a clear and obvious error or a serious missed incident in relation to straight red cards, penalty area incidents, goals and mistaken identity.

Allan, the Scottish FA’s head of referee operations, said: “We are delighted to have received approval to introduce VAR in Scottish football.

“We have worked extensively over a near three-year period to get to this point, have tested in every cinch Premiership stadium as part of the training process, and we are ready to go.

“As we have seen across the world, VAR has helped ensure a higher percentage of on-field refereeing decisions are accurate and that is a principle our match officials support.

“I am grateful to the match officials who have given up their time to take part in the training programme and I would like to thank our VAR working group and our key partners at the SPFL, and in particular its COO (chief operating officer) Calum Beattie, for his help throughout the development phase, as well as the cinch Premiership clubs who have all been supportive and engaged in the process.

“Hawk-Eye and QTV also deserve praise for their technological expertise in creating a world-class VAR centre here at Clydesdale House.”

As well as all cinch Premiership matches, VAR will also be used for all Scottish Cup and Premier Sports Cup semi-final and final matches played at Hampden Park.

Production on all cinch Premiership matches will also increase to a minimum of six cameras, bringing greater quality and depth to coverage of the league.

Beattie called for patience in the implementation of the system, saying: “When 41 out of 42 clubs voted at our General Meeting in April to introduce VAR into the cinch Premiership, we said that the technology would be introduced after the World Cup.

“Our clubs made clear that they wished for VAR to be introduced as soon as possible and the Scottish FA deserve real credit for being able to make this announcement ahead of schedule.

“VAR exists to increase the accuracy of refereeing decision-making and while the experience of other leagues demonstrates that implementation will not be straightforward, we are all committed to assisting the Scottish FA to help it bed in as quickly as possible over the next few months.

“Following the announcement of the biggest television deal in the history of Scottish football with Sky Sports, this is yet another step forward for the game in Scotland.

“The cinch Premiership is currently eighth in the UEFA coefficient rankings thanks to the recent success of our clubs in UEFA competitions and this development brings us into line with other comparable European Leagues.

“We would like to thank our 12 cinch Premiership clubs for embracing the process – and the significant financial commitment – and hope that everyone involved will show a degree of patience and understanding in the initial phase.”